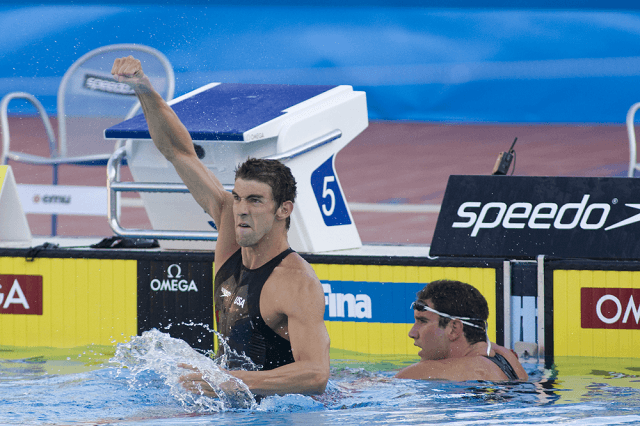 Anderson Cooper sits down with Phelps and Bob Bowman post-Beijing, where Phelps talks about the 8 golds in Beijing, and also admits that after gold medal number 6 he was completely and utterly wiped.

Phelps has another quote in the video that perfectly summarizes his attitude towards competition — “to be honest, it’s not wanting to lose.”

In this video Phelps talks about how he stays focused and motivates himself, especially when he doesn’t feel up to it.

During the 2000’s Ian Crocker and Michael Phelps were the American 1-2 punch in the 100m butterfly. In this 6 minute clip of a documentary produced by Octagon Media, we get behind the scenes access to the biggest swimmer on the planet.

An Under Armour commercial that was produced in the lead up to London.