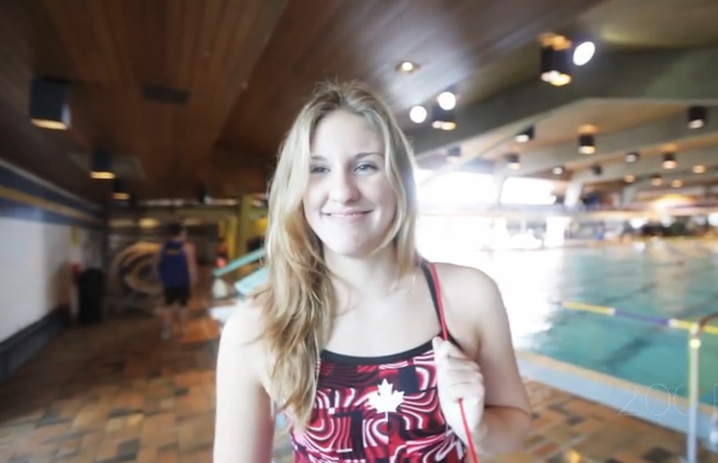 UBC Dolphins-Vancouver National Centre athlete Savannah King lets us behind the scenes in a day-in-the-life feature that was done by the Ubyssey, the University of British Columbia’s student newspaper.

Originally from Vernon, British Columbia, King now trains under Tom Johnson and Steve Price in Vancouver. She has qualified for the last two Canadian Olympic teams, first in Beijing and again in London where she competed in both the 400 and 800 freestyle, where she placed top 20 in both races.

The 21 year old has been on the international scene for a while, having won the bronze medal at the 2007 Pan American Games, while also being part of the silver-medal winning 4x200m freestyle relay.

In this video we get a glimpse into Savannah’s daily routine, from the commute to the pool for early morning practice at the UBC aquatic centre, to her studies and also spend some time at home with her parents.