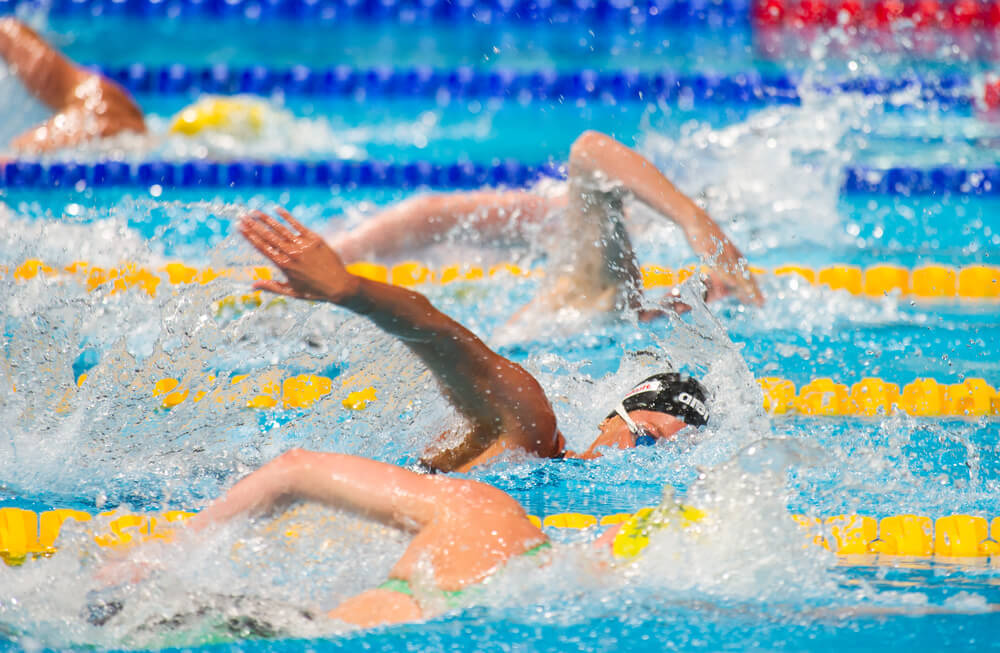 With the power and thunderous speed that comes with the sprint events it is not surprising that swimmers will look anywhere they can for an extra edge in the water.

Whether that little slice of speed comes from the weight room, or a coiled up rubber band, or working on making their start just a hair faster, there are a lot of options when it comes to ways to increase velocity in the water.

With so much information out there about what kind of dryland or weight training is best for swimmers, here is some published research on a group of competitive swimmers that should help you gain a clearer understanding of how to put together your own dryland training program for faster speed in the water: 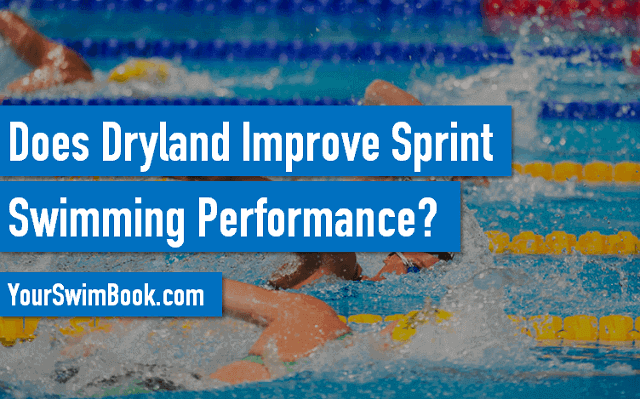 A group of 21 athletes who range in ability from regional to national level were separated into three groups, with their performance being evaluated prior to the beginning of the study, 6 weeks in, and again after the study was complete.

In addition to their normal swimming training, the swimmers were divided as follows for the duration of the 12 week study:

Group 1 (the strength group) engaged in a strength training regimen over the course of the study. The strength training program included a variety of barbell lifts, including squats, presses, pull-ups, and plyometric jumps with reps being no higher than 6 per set. The load on the barbells was increased incrementally every 3 weeks.

Group 2 (the resisted and assisted sprint group) used stretch cords or rubber tubing in the water to either generate resistance (swimming away from where the stretch cord is anchored), or to speed-assist the swimmer (swimming at above-swimming speed towards the anchored cord).

Group 3 (the control group) did the usual swim training, in addition to supplemental aerobic work on a stationary bike.

Here is a breakdown of how much the groups improved:

Perhaps what is most notable in the case of this study (in the author’s opinion at least) is how long it took for improvements to manifest themselves in the case of the strength training and the cord groups.

Which just goes to show that dryland is a longer term solution for swimming faster, not something you can just apply for a couple weeks and hope to have some sort of miracle effect.

Weight Training for Swimmers: A Letter from Your Strength Coach. Whether it is your first time in the gym or you are a returning vet, some of the top strength coaches from elite NCAA programs stop by to kick some knowledge for swimmers in the weight room.

How to Improve Ankle Flexibility for Swimmers. Fast kickers have flexible ankles. Here is a couple tips for improving ankle flexion so that you can kick your way to faster swimming.