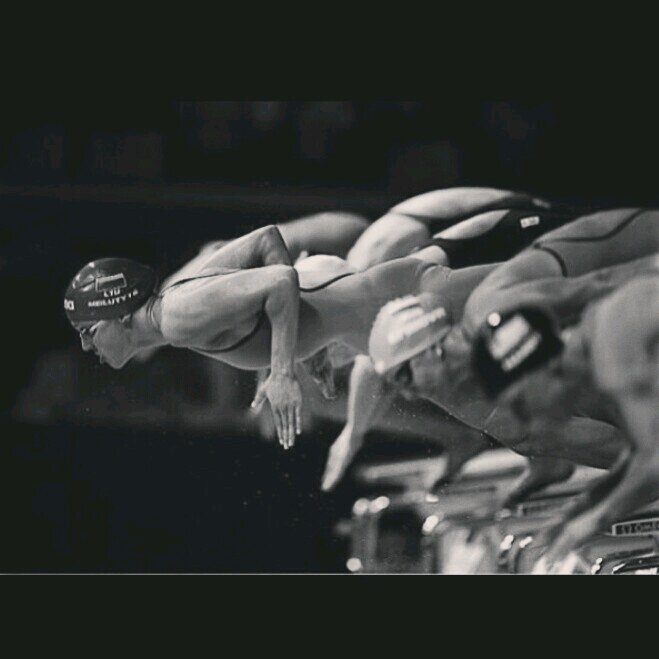 Lithuanian Ruta Meilutyte has left her mark on the swimming world in a very brief amount of time. The 16-year old spent much of 2013 swimming over more experienced athletes on the world stage, from winning the 100m breaststroke at the 2012 London Games (1:05.47), and then winning gold in both the 50m and 100m breaststroke at the 2013 FINA World Championships in Barcelona, Spain.

Meilutyte is coached by Jon Rudd at Plymouth College in the U.K., where she has trained since age of 13. Renown for her start, below you can see just how far ahead of the competition (heads and shoulders, quite literally) she is off the start–

Rudd makes no secret of having her train starts (something many coaches don’t do for a variety of reasons — from lack of time, lack of equipment, to wanting to spare athletes of injury), and her work ethic is becoming the stuff of legend. 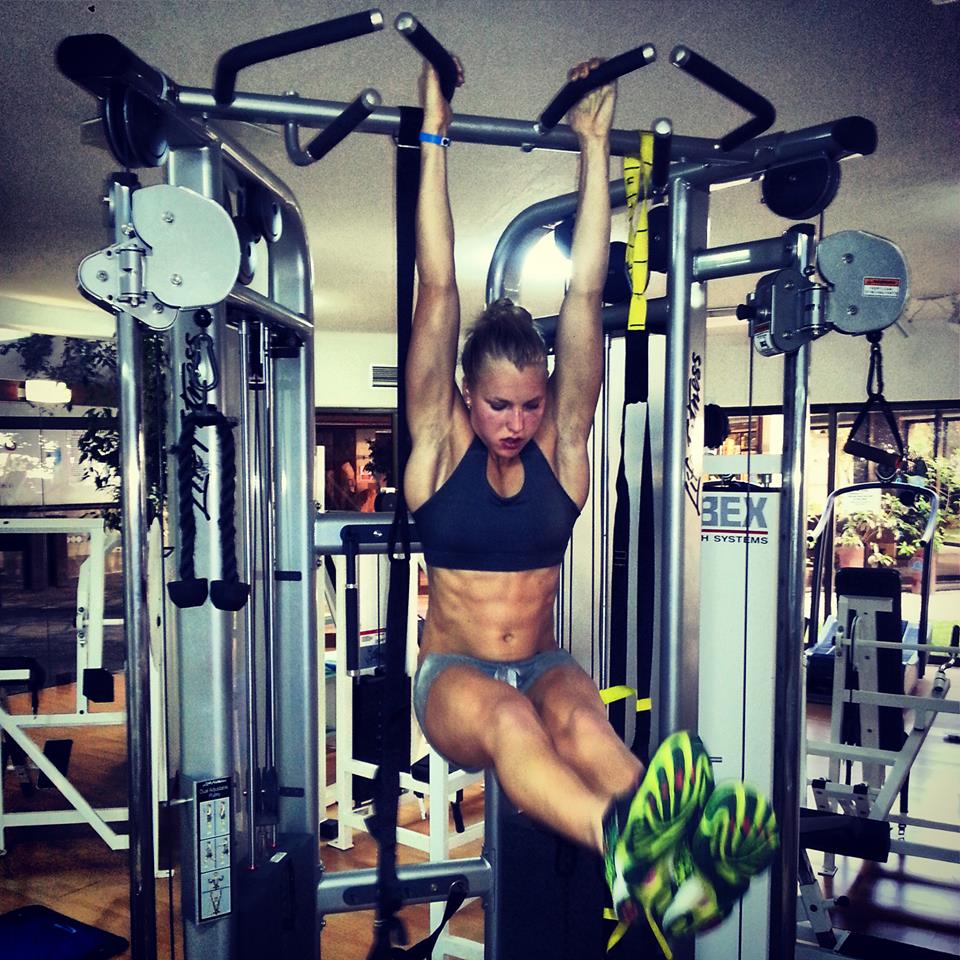 Here is another shot of her start, this one from the London Olympics. Meilutyte is in the green cap, fourth up from the bottom, clear off the blocks while many swimmers are just starting to roll forwards– 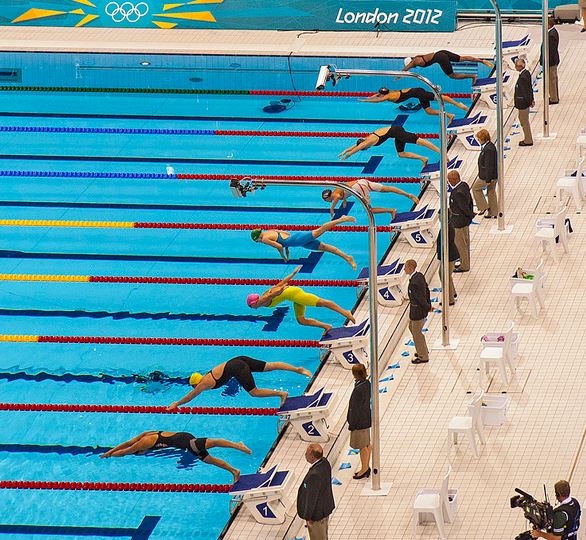 In races where hundredths or tenths of a second means the difference between gold and not medaling at all, Meilutyte’s phenomenal start proves that it pays to work on them.