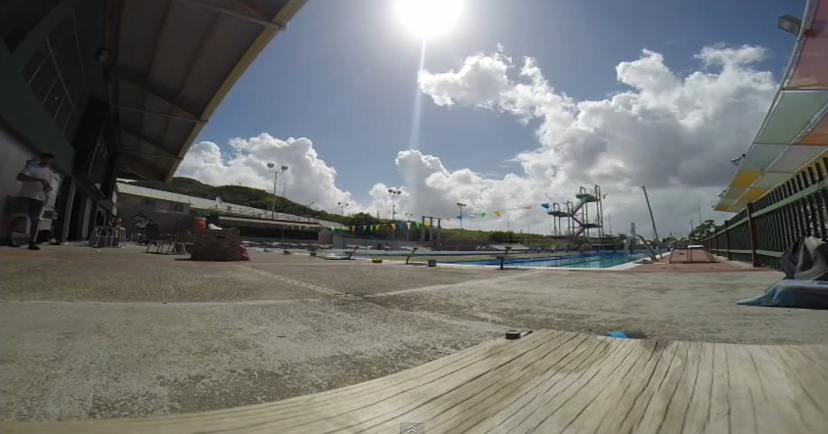 McMaster Swimming’s men and women’s teams headed down to Puerto Rico to escape the blisteringly cold Ontario winter over the holidays for a couple weeks of warm weather training.

Below is a video that summarizes the trip, that included a lot of work, and a lot of play. Some clips within the video will be instantly familiar to swimmers, most notably perhaps the contest of sprinting across the pool deck and trying to leap far enough to touch the flags. There is also some high tower jumping, with your standard “should I jump or should I not jump” arm flapping.

The McMaster Marauders compete within the OUA conference, which is a part of the broader CIS (the Canadian version of the NCAA). They have been coached by Andrew Cole since 2005, and in the 2013-2014 campaign they had 21 of 25 swimmers attending the CIS Championships score, including a 4th place finish by the men’s 4x100m freestyle relay, with all 4 swimmers swimming under 50 seconds.

(On a personal note, I swam for a year for the Marauders back in the day. During the 2002-2003 campaign I was a part of the OUA winning men’s team. Good times!)

Here is the video. Enjoy!