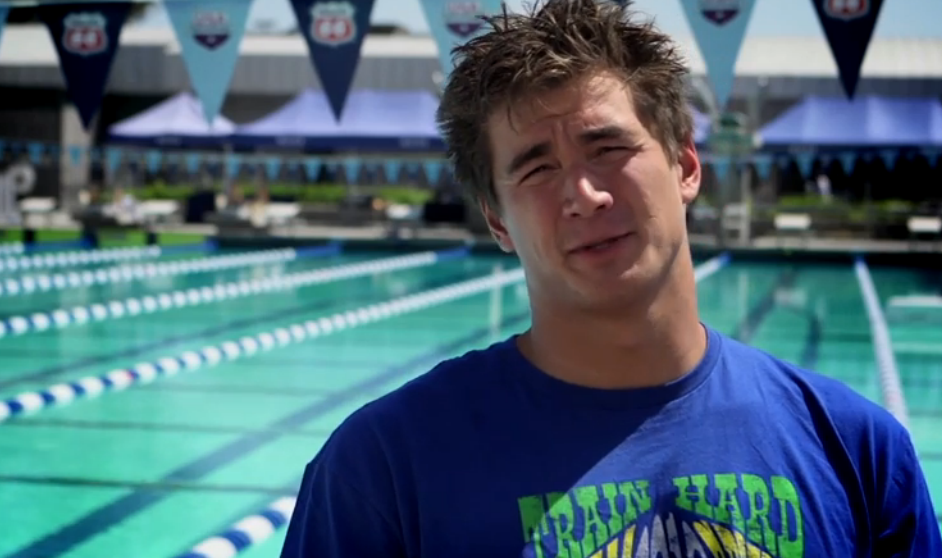 Nathan Adrian, 100m freestyle gold medalist at the 2012 London Olympics, has had a busy year. From tying his American record in the 100 yard freestyle at the United States Masters National Championships to posting an in-season best of 48.08 during the Mare Nostrum series, Adrian has been setting himself for a blistering performance down under at Pan Pacs in a week.

Adrian leads a packed US men sprint squad into the Pan Pacific Championships which run through August 21-25, this year being held on the Gold Coast in Australia. Him and Anthony Ervin — who would edge Adrian in the final of the men’s 50m free days after this video was shot — will represent the Americans in the 50m freestyle. They will have formidable competition in the Aussies, in particular James Magnussen who Adrian will tilting in the 100m freestyle for the 5th time internationally.

The video, produced by TeamUSA, provides a behind the scenes look at how Adrian coped with the conditions at Irvine at Nationals. It also includes footage and discussion with Adrian’s coach Dave Durden.