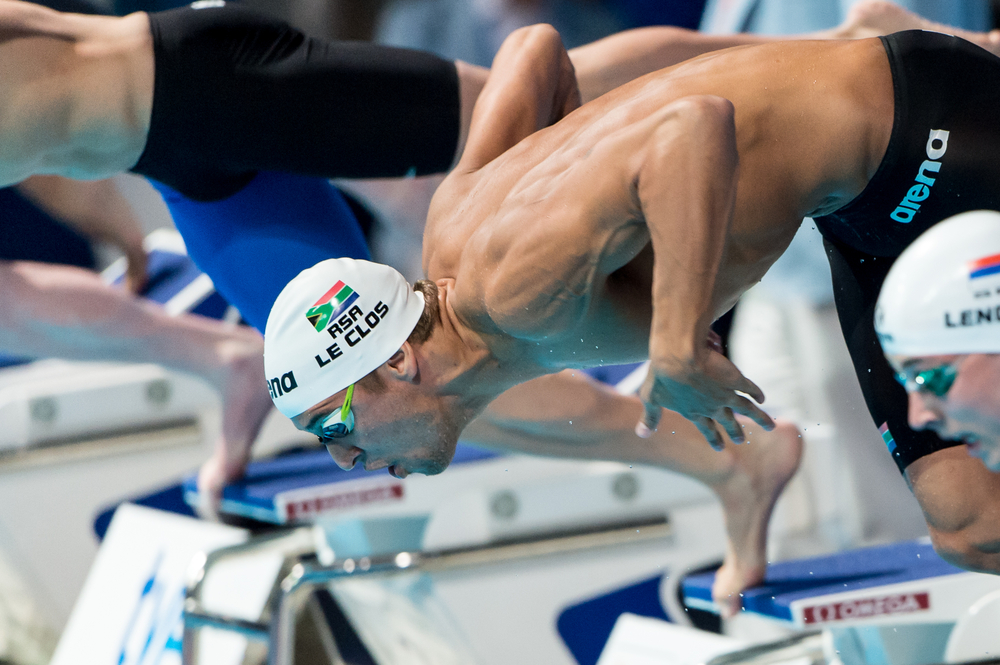 After handily winning the 200m butterfly at the FINA World Championships last summer, he decimated the short course world record in the same events, twice lowering it to 1:48.56 during the World Cup series last year.

In the below video Le Clos discusses his plans on taking on heading towards 2016, and the pressure that has been heaped on him without having Michael Phelps around. Le Clos says that he plans on competing on both butterfly events (he is the defending Olympic champion in the 200m butterfly), both medley events, and all the relays. Those alone would constitute a program of 7 events. But Le Clos isn’t stopping there, saying that they are looking at taking on a couple more events as well.

It wouldn’t be surprising to see Le Clos trying this extended program, where he swims 7-9 events at major games events in the next two years. The Commonwealth Games in Scotland this summer seems like a good time to try it out. At the recent South African National Aquatic Championships Le Clos competed in 8 events, including winning the 100m freestyle, an event that Le Clos isn’t known for.

For a guy who grew up idolizing Michael Phelps, this seems natural in Le Clos progression as an international swimming star. Le Clos chased down Phelps in the final lap of the 200m butterfly at the London Games, snapping any hopes Phelps would have had to three-peat in what for a long time was his signature event.

Of course, with Phelps making his comeback tour official this week in a low-key and subdued press release via USA Swimming, the Baltimore Bullet may have something to say about Le Clos planned domination in Brazil in 2016.

Here is the interview: