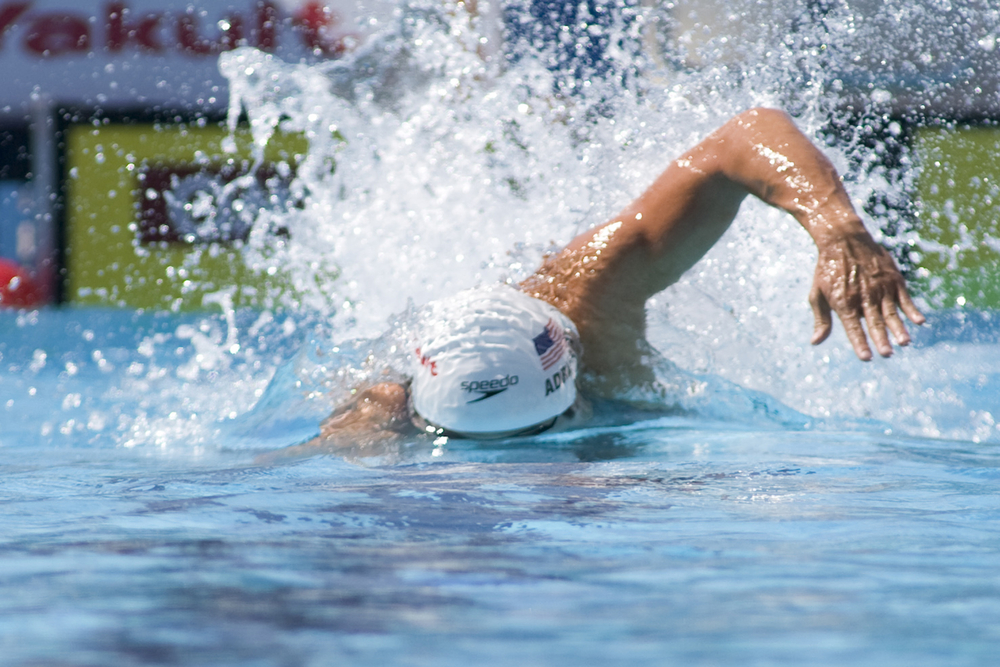 Even though they were swimming half a world apart, the two top 100m freestyle swimmers in the world put out thunderous performances over the past week.

At the Austin Grand Prix yesterday in Austin, Texas, American Nathan Adrian out-sprinted a top flight field in the 50m freestyle to swim a blistering 21.89, beating fellow Olympians Anthony Ervin, Matt Grevers, silver medalist in this event at London in ’12 Cullen Jones and Jimmy Feigen. The time is about four tenths off of his best that he did in July of 2009.

The 6’6” Adrian capped off a successful Grand Prix – the second of six meets in the American circuit – where he also convincingly won the 100m freestyle in a time of 48.26. In that race he pushed the pace hard and fast early, taking the race out in 22.96 (splitting a 25.3 on the way home).

Meanwhile, across the planet in Melbourne, Australia, two-time defending world champion James Magnussen crushed a 47.73 at the Victorian State Championships. Magnussen split the first half of the race exactly the same as Adrian, but broiugh it back in 24.91. The time was 0.02 slower than his winning time at the FINA World Championships in Barcelona last summer.

Second place was another big name in the sport, South Korea’s Park Tae Hwan, who swam a 49.35. Tae Hwan is training with Michael Bohl at St. Peters Western Swimming Club in Brisbane.

Next up for Magnussen is the BHP Billiton Aquatic Super Series January 31-February 2, while the next stop on the Arena Grand Prix Series is in Orlando February 13-15.