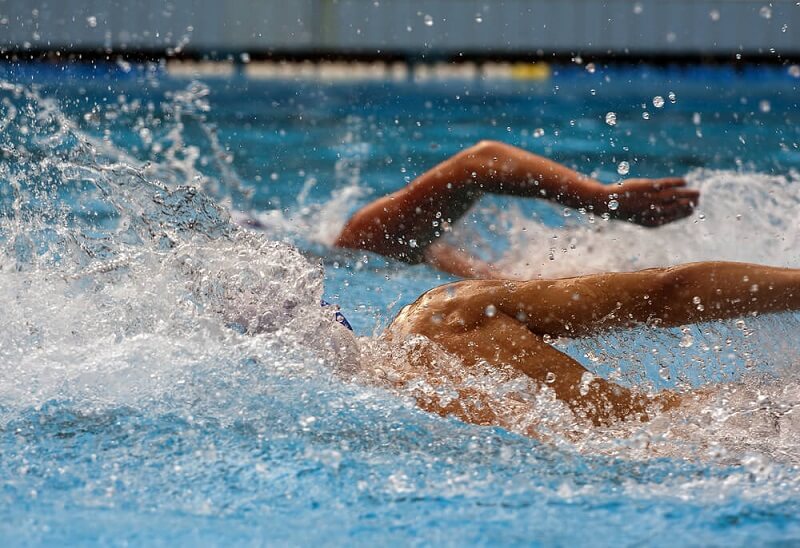 In terms of intensity, focus and flat-out speed the Pop-and-Lock set has got you covered. Here is a sprint set for building serious speed in the water.

The inspiration of this sprint set has two origins. Both from the track world.

One is a conversation between James Magnussen’s former coach Brant Best and Australian track coach Mike Hurst in 2011.

In the interview Hurst described 400m track athletes who perform 3-4x 60m sprints on a minute, followed by an additional :30 seconds of rest and then sprinting a 200m flat-out.

The runners admitted that the 200m felt exactly like the last half of a 400m race, as the phosphate stores had been depleted from the short-burst efforts, robbing them of the “nitro” that usually comes with a fully rested effort.

Adapting this set from runners to the pool, particularly to 100m swimmers (who swim their race in roughly the same amount of time that a 400m runner performs theirs), Best noted:

The Squat and Sprint

The second is the story of a disgraced Canadian track star named Ben Johnson who used to perform a set of heavy squats (4-5 reps at reportedly 500ish pounds), and then immediately launched himself into a 60m all-out sprint.

This was during the late 1980’s, when the prevailing wisdom was that in order to get stronger you had to sets of 10ish reps at steadily increasing weight.

So how can we adapt these to our purposes of building a stronger and faster performance in the water?

How can we use it to develop serious sprint swimming speed?

Below is one version I tried earlier this week. I won’t lie—it’s a fun set. That first sprint efforts make you feel like you have a jetpack strapped to your back.

I had the benefit of being able to do the sprints in a 17.5m long lane as well, which allowed me to maintain a high level of intensity and speed during the sprint efforts.

Here is my little Franken-set: 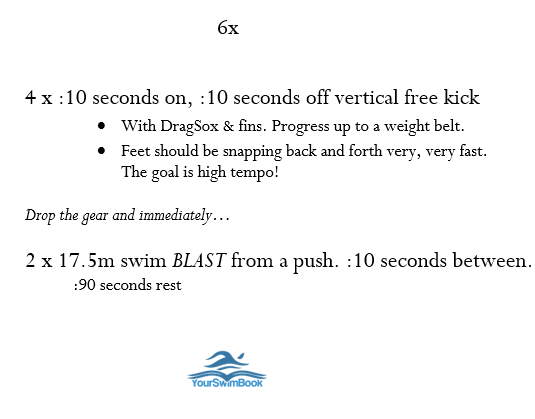 As far as swimming workouts go this one is pretty short, it is intense, it requires focus on the tight intervals, but more importantly it’s fun! The first time you dive into the water or push off it will feel like you got shot out of a cannon, and who doesn’t appreciate that?

There are countless variations of this set that you can try out according to the goals you have for each particular athlete.

For instance, if you were looking to develop more powerful starts you could do sets of weighted squat jumps before doing a dive effort. Or if you are lacking in the upper body strength department to series of explosive, clapping push-ups before sprinting off.

The options are nearly limitless, so try out the Pop-and-Lock the next time you hop in the water to feed your desire for more speed and power in the pool.