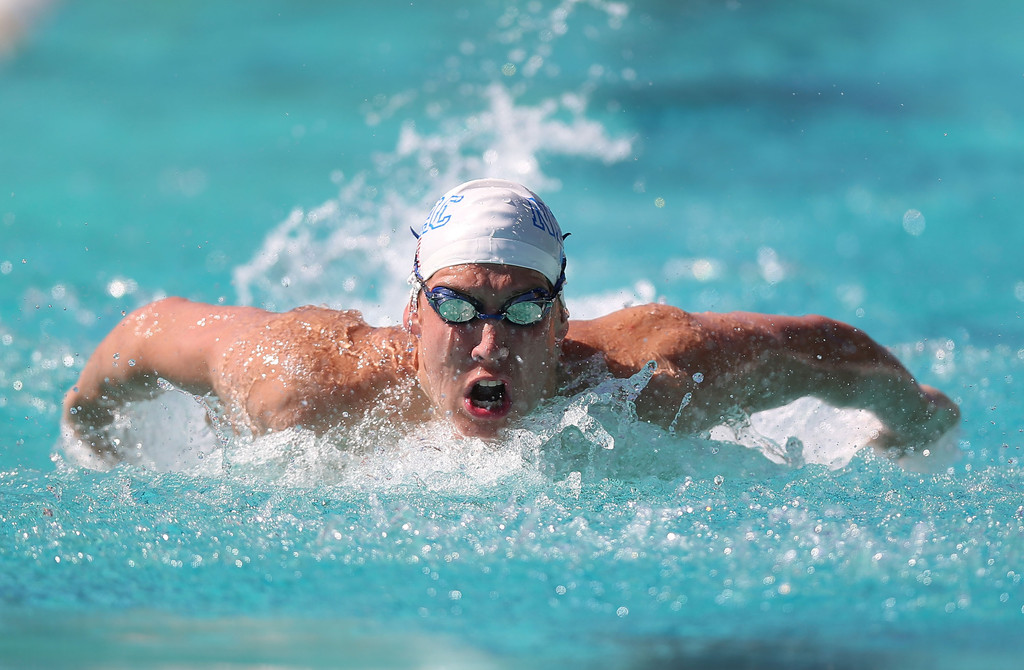 The year after the Olympics is always an interesting one; with many swimmers deciding to hang up the Speedo, and some well-established stars to take some time off, it provides an epic opportunity for the next wave of Olympians to begin to make their mark on the national scene.

With Michael Phelps retired (presumably, although the rumor mill may yet have something to say about that), and Ryan Lochte swimming the 2nd fastest time in history in the 400 IM in London, that leaves some room for movement in the men’s 400IM. And where else would the next big up-and-coming swimmer come from but North Baltimore Aquatic Club. Bob Bowman’s most recent prodigy, 19 year old Kalisz swam a best time of 4:11.85, nearly running down Lochte in the process. With the progression he has made this year alone – he’s dropped his best time three times in the 400IM already – and a breaststroke leg that in Santa Clara would have been 2nd fastest amongst the top 8 in London, Kalisz appears set to become a major contender in this even on the world stage.

Barely a teenager, Rongione from Virginia’s Fish Swim Team is the youngest swimmer going to World Trials. Having broken National Age Group records on numerous occasions, she is seeded 9th going into the 1500m freestyle. Though it’s unlikely she will be punching a ticket to Barcelona this time around, there still remains an early opportunity to see an age group phenom begin her transition into a star.

With Olympic veteran Brendan Hansen taking time off to tend to fatherhood, and Eric Shanetau taking time away from the pool, the time is ripe for Kevin Cordes to make a splash. He junior from the University of Arizona destroyed the 1:50 barrier for the 200y breaststroke – also being the only to ever do it. He is also now the holder of NCAA and American records for the 100y breaststroke. He has been in fine form long course as well, winning the Santa Clara Grand Prix in a time of 1:00.47.