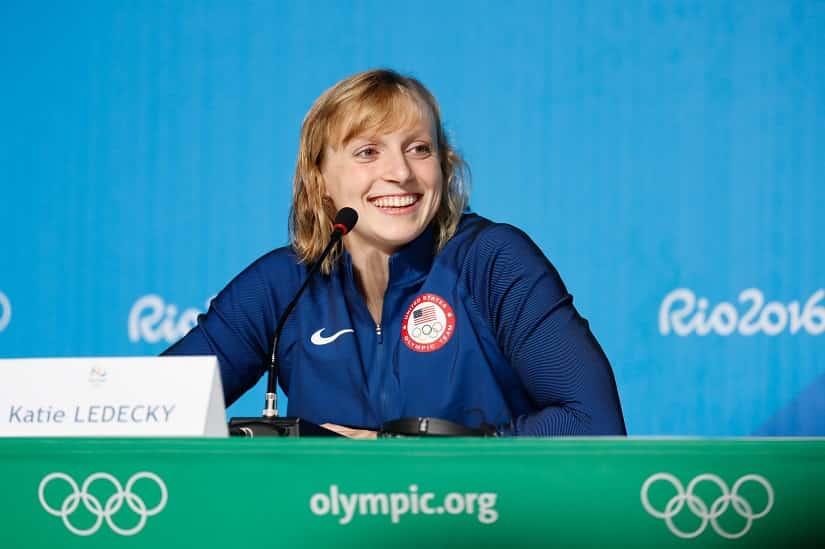 With championship season over we can take a look back at the top swims and the top female swimmers of 2016.

Being an Olympic year there was some especially fast swimming, some breakout superstars, some familiar excellence from top names, and some big-time upsets.

Here are the top female swimmers for 2016:

Like there was even going to be a discussion about who the top female swimmer of this year is. And in reality, if not for Hosszu’s pummeling of the 400m IM world record it would be a total wash.

Ledecky started out her Rio trip with a blistering 52.79, the second fastest split on the silver medal winning relay team, which served as a terrifying shot over the bow for what was to come. She followed that up with a couple other swims that dizzy the imagination.

Since Federica Pellegrini became the first woman to break 4 minutes in a supersuit at the 2009 FINA World Championships no one had approached the mark. Not even close.

See Also: How Katie Ledecky Took Her Training to the Next Level

Ledecky slipped under the WR for the first time in August of 2014 at US Nationals, and then again a couple weeks later at the Pan Pac Championships in Australia (3:58.37). In Rio she would take a jackhammer to the record, dropping nearly two full seconds posting a mark of 3:56.46.

With wins in the 200 free, the 400 free, and that devastating relay split swim fans were salivating at what she was going to do the 800 freestyle world record.

Ledecky didn’t disappoint, breaking her existing world mark of 8:06.68 by swimming an 8:04.79 to win the event by over ten seconds. 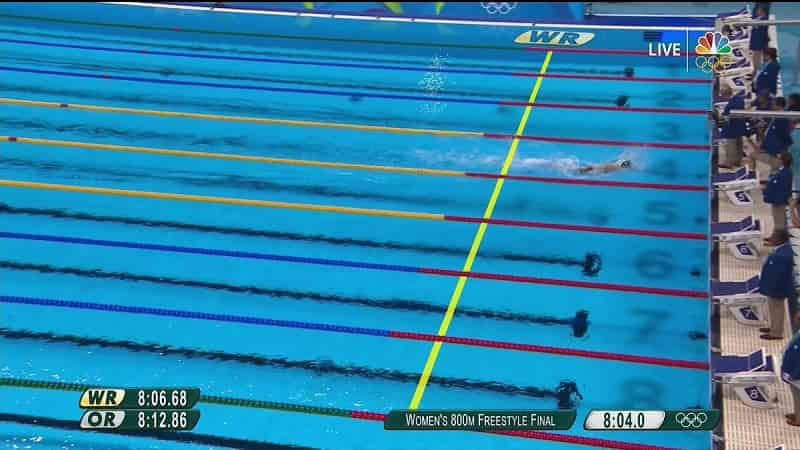 Among her many accolades over the past four years there is also the distinction that she has never lost an individual race on the international stage, having gone 14 for 14 since her Olympic debut in London as a 15-year old.

The “Iron Lady” opened the Rio Olympics with a bang, coming within a tenth of breaking the world record in the 400m individual medley in the first morning session, setting the stands abuzz.

After the breaststroke leg she was over 3 seconds ahead of Ye Shiwen’s infamous London swim (Shiwen wouldn’t even final in Rio), before the yellow line caught her at the finish.

During finals, however, the gig was up.

Hosszu was off to the races from the get-go, posting a 5+ second advantage on world record pace at the 300m mark. Even though she got reeled in a little bit by the ghost of Shiwen’s record during the freestyle leg, she still easily beat it, swimming a 4:26.36, with second place (Maya DiRado of the United States) over five seconds behind.

Related: Just How Jacked is Katinka Hosszu? This Jacked

The first couple of days of competition in the pool in Rio were drunk with the women setting world records, and Sarah Sjostrom added to the frenzy with a world record in the 100m butterfly.

Leading from the start, Sjostrom powered her way with her smooth, powerful butterfly stroke to an all-time best of 55.48 to win gold. The time beat her own previous WR of 55.64 that she set at the Kazan World Championships in 2015.

Sjostrom’s schedule didn’t end there, however. 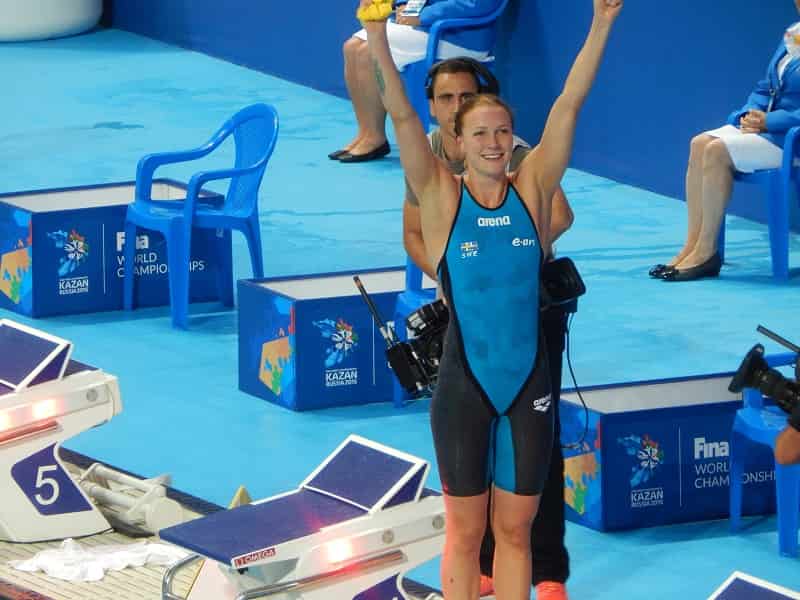 She would be the biggest threat to Ledecky’s reign of dominance across the mid-distance freestyle events, touching just a couple tenths behind the American in the 200m freestlye (1:53.73 to 1:54.08).

She also came in hot right behind Canada’s Penny Oleksiak and American Simone Manuel who tied for gold in the 100m freestyle, giving Sjostrom bronze, and a medal of every color during her week in Rio.

The smiley California girl from Stanford was a first time Olympian in Rio, and judging by the way she swam no one would have ever been the wiser.

She started off her meet with a silver medal in the 400m IM with a lifetime best, a bronze in the 200m IM, and then also swam on the gold medal winning 4×200 freestyle relay squad.

But it’s going to be the 200m backstroke for which she will be most remembered. 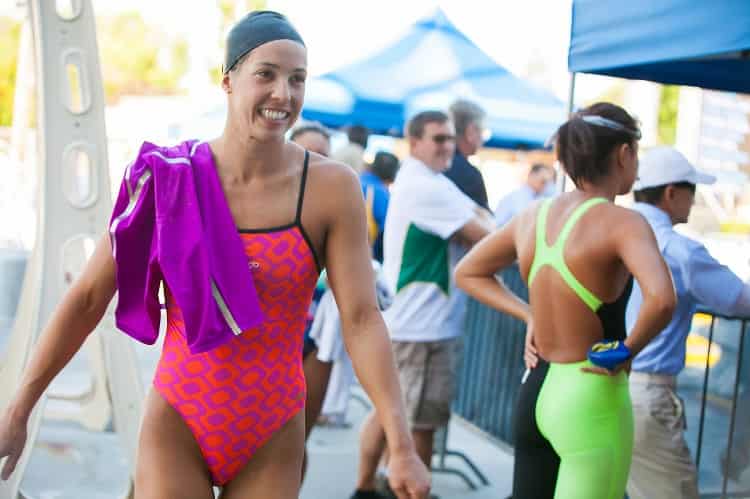 Swimming in lane three, with heavily favored Katinka Hosszu in lane four above her, DiRado did the unthinkable and reeled in the “Iron Lady” over the last 25m to steal gold on the touch.

How much was the margin of victory? Just .06 of a second.

Prior to the Olympics DiRado talked about how she was moving on from the sport after the Olympics, having purchased a house with her husband in Atlanta, with a career in consulting awaiting her.

With the way she swam it wouldn’t be a shocking to see her on deck again in Tokyo in 2020.

Everybody loves a great upset story.

As mentioned in the post on the top male swimmers of 2016, the Australians were heavily favored to dominate the 100m freestyle.

Cate Campbell had broken the supersuit world record in the 100 freestyle earlier in the year, posting a 52.06 and setting herself up as the favorite to win gold in Rio.

Instead, it was Simone Manuel (and Canada’s Penny Oleksiak with a Hellfire of a second 50m) who would touch in first, with Campbell placing a disappointing 6th. 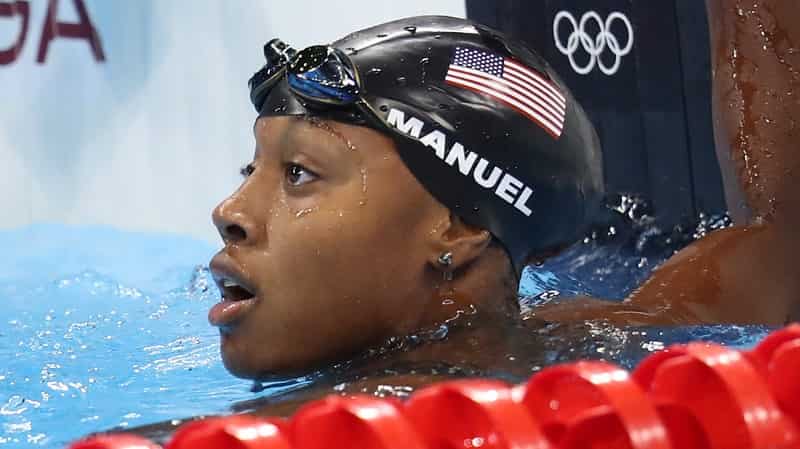 Manuel would become the first African-American to win an individual Olympic gold medal, something that is critical in helping inspiring young boys and girls to take up swimming (a staggering 70% of annual drowning deaths in the US are African American).

Manuel would also win silver in the 50m freestyle, solidifying her position as one of the fastest swimmers on the planet.

She would another silver in the 4x100m freestyle relay, and gold in the 4x100m medley relay on the last night of competition in Rio.

The Top Breakout Female Swimmer of 2016

Heralded as the “Golden Penny”, the young Oleksiak stunned the swimming world by storming in for four medals.

A lot is said about experience in elite sport, but there is also something to be inexperienced. You arrive on deck without pressure, without expectation, and as a result you can stay loose and just let it fly.

With her relaxed smile before each race, and her thunderous closing 50’s, Oleksiak did exactly that, swimming her way across every television screen in the country and even hip hop star Drake’s Instagram feed.

OVOPenny aka @typicalpen we are so proud of you!!!! Can’t wait to see you when you are back from Rio at a show!

For Canadian swimming it was a much needed shot in the arm. Far removed from the glory days of Victor Davis and Alex Baumann, Canada has struggled to be able to put together more than one or two medals per Olympiad.

The 16-year old Oleksiak would win the first gold medal of the Games for her home country, tying with Simone Manuel in the 100m freestyle. This gold medal was the first for Canada in the pool since Mark Tewksbury won the 100m backstroke at the 1992 Olympics in Barcelona, a drought of 24 years.

Oleksiak also took silver in the 100m butterfly, as well as powering the Canadian women to bronze medals in the 4×100 and 4×200 freestyle relays.

The Top Male Swimmers in the World for 2016. We break down the top performers and performances of this season.