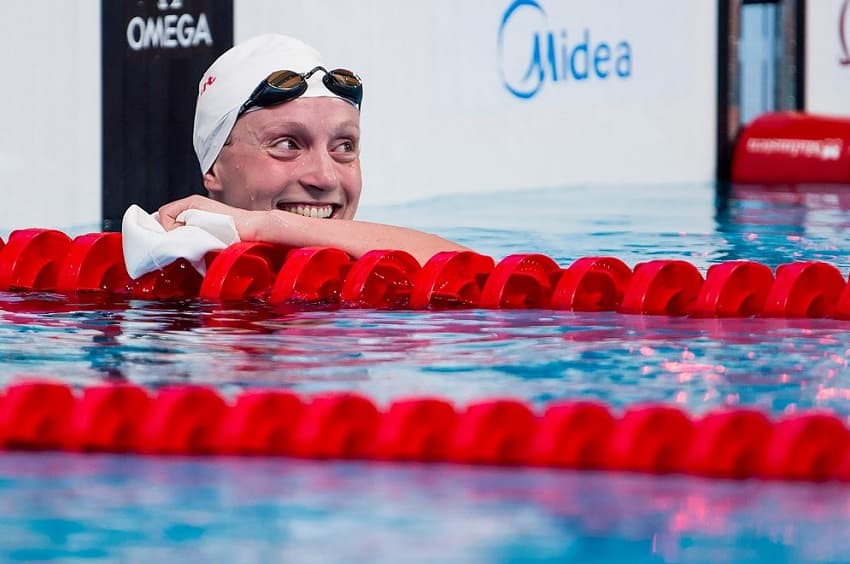 Katie Ledecky may go down as one of the greatest freestylers in history. Here is one of the tools she has used in order to attain greatness in the pool.

Katie Ledecky might be a household name now, but many don’t realize that in the year before the 2012 Olympics she had not only not made an international games team, but wasn’t even favored to make the squad going to London.

After all, the year before Trials she was ranked 61st in the world for the 400m freestyle.

She was even further off the radar in the 800m freestyle, an event she would win in London by over 4 seconds as the youngest member of Team USA.

Just how far off?

Despite this, there was no doubt she was a fast-rising star. Her and her coach at the time, Yuri Suguiyama at Nation’s Capitol Swim Club, had quietly made a goal of qualifying for the Olympics.

She had been breaking age group records, but in order to lay waste to competition on the international stage Suguiyama knew that they would have to do things even better. 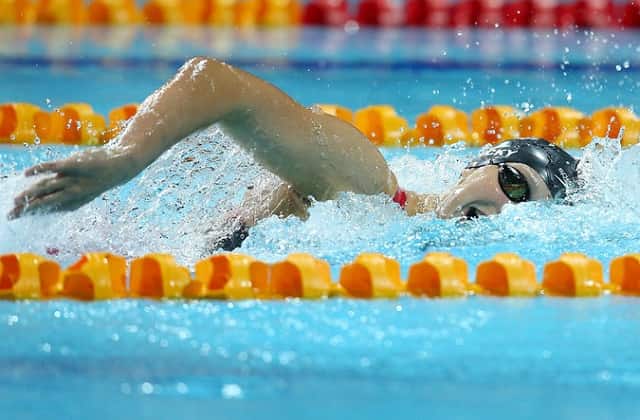 Getting Katie to the Next Level

By the end of 2011 Suguiyama was getting a little frustrated with his young protégé.

Even though it had been a good year, Ledecky had closed it missing Nationals with a serious bout of the sickies (the kind where you lose ten pounds and are out of commission for a week). And there were communication issues.

Suguiyama knew that in order to take things to the next level that something would have to change.

Ledecky by nature is fairly quiet, reserved, and was also 13 at the time. As a result, when asked about a race or training she was about as communicative as most 13 year olds tend to be.

In one particular instance, Suguiyama recounted how Ledecky had just completed swimming a 19:28 for a timed 2,000-yard freestyle during practice.

“Okay, what do you think?” Suguiyama asked her. “How was that?”

“It was pretty good,” Ledecky replied.

Even though Ledecky had been encouraged to start using a training log earlier in her age group swimming career, and had always been on-top of writing out her times, Suguiyama realized that he could wield this tool to improve communication between the pair.

The solution was as simple as it is powerful.

Suguiyama asked her to go beyond just writing out times and workouts.

“Every single day write down your wellness on a scale of 1 to 10, your nutrition, how well you sleep, how well you slept the night before and something special you did that day,” he recounts telling Ledecky in an interview with American Swimming magazine.

Ledecky would use the daily training journal, putting motivational quotes to keep her inspired, and also writing down notes and splits of fellow distance swimmers to help keep her focused.

After each week Suguiyama would go over her entries and add a page of his own notes and thoughts.

For a young athlete like Ledecky using the training journal was a perfect way to close the communication gaps between coach and athlete.

“It would allow her to communicate to me in a different way,” he said.

The journal gave him a better understanding of his young athlete, and found their communication improving as a result.

“Every once in a while I would pick up a little nugget,” he said, acknowledging that the training log was not only helping her, but helping him be a better prepared coach.

“It really let me know we were on the right path.”