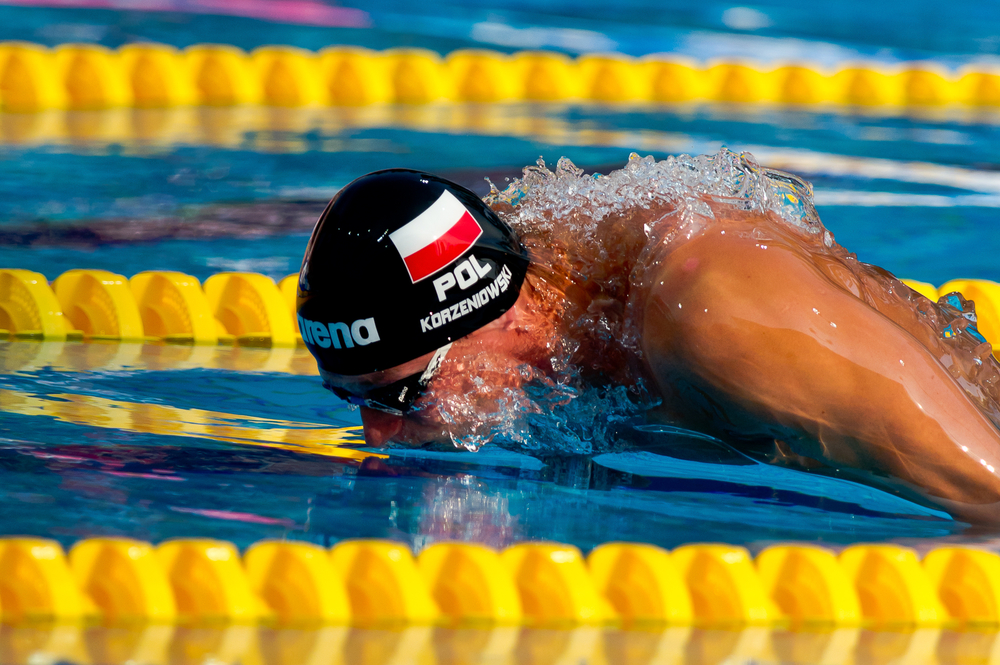 The 100m butterfly world record is monitored and ratified by the world governing body for swimming, FINA. Records for both men and women have been monitored since 1957 in long course meters.

The butterfly stroke is the newest of the stroke disciplines in competitive swimming, and is considered one of the more difficult of the 4, having sprouted sideways out from the breaststroke in the early 1930’s.

In it’s first year being tracked, the WR was broken three times, the first world record holder being Gyorgy Tumpek of Hungary. Takashi Ishimoto of Japan would break it five more times over the next year or so. In 1960 Lance Larson of the United States would be the first man to break a minute in the 100 meter distance in a time of 59.0.

In the late 60’s and early 70’s the record would be repeatedly and quite decidedly lowered by American swim legend Mark Spitz. He would shave nearly 2 seconds off the record, an amount which would seem invonceivable by today’s speeds and times. The last time he broke it was during his 7 gold medal winning appearance at the Munich Games in 1972.

Other notables on the list of past WR breakers includes American Pablo Morales, West German Michael Gross, and Australian Michael Klim. Michael Phelps – the current world record holder – would first break it in July of 2003 in Barcelona, Spain. Fellow American Ian Crocker would break it three more times before Phelps would take it back in 2009.

The current mark of 49.82 was set August 1, 2009 at the FINA World Aquatic Championships in Rome, Italy.

The short course world record in the 100 meter butterfly was first set by Rusian Denis Pankratov in 1997, and is currently held by compatriot Yevgeny Korotyshkin at the Berlin stop of the FINA World Cup tour in November of 2009.

The long course record on the women’s side has been dominated by swimmers from the US, Netherlands, and East Germany.

The first record holder on file was Atie Voobij in a time of 1:10.5, dated back in August 1957. Country-women Ada Kok, and more recently, Inge de Bruin have each held the record on numerous occasions, with the former doing so in the 1960’s, and the latter in the year 2000 where she broke the WR three different times.

Predictably, there is a few East Germans that appear on the list of former record holders during the 1970’s, with Rosemarie Kother, Christiane Knacke (first woman under a minute in the event in 1977 swimming a 59.78), Andrea Pollack, and the most familiar of the group, Kornelia Ender who broke the record 5 times.

The Americans are also very well represented. In the 50’s and 60’s swimmers such as Nancy Ramey, Susan Doerr, Kathy Ellis, Sharon Stouder and Alice Jones all held the WR at one time or another. Swimming fans will recognize contemporary swimming powerhouses such as Mary T. Meagher and Jenny Thompson.

Sarah Sjostrom broke the record most recently at the 2016 Rio Olympics swimming a 55.48 to win gold.

The short course WR, tracked only since 1995, was first held by Angela Kennedy of Australia (58.77). France’s Diane Bui Duyet currently holds it with a 55.05 swam in Istanbul in December 2009.