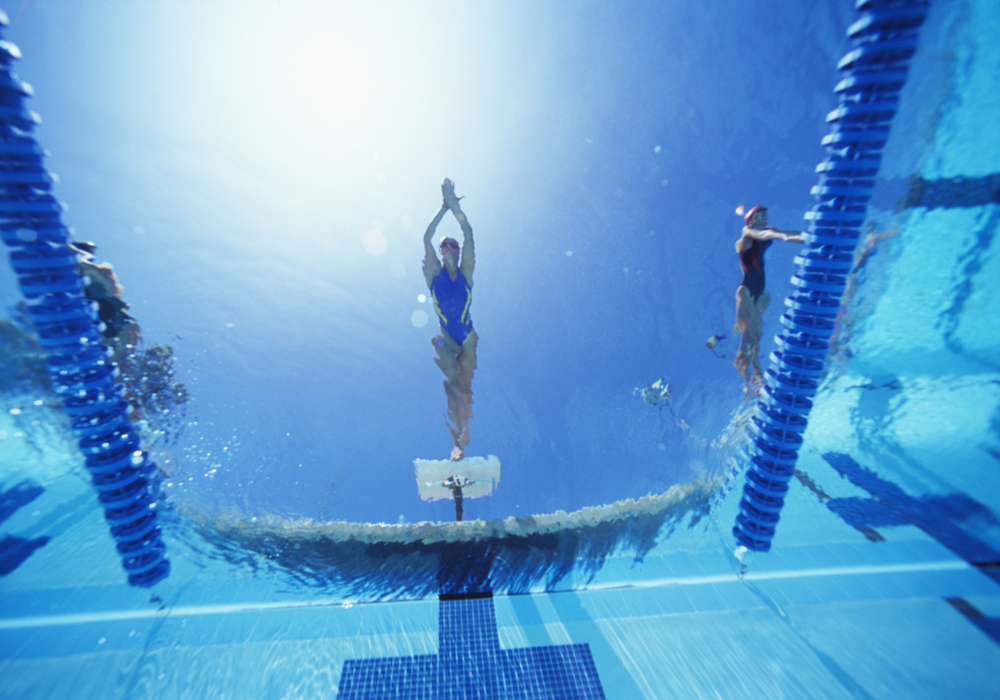 The 400m IM world record is monitored and ratified by FINA, the world governing body for competitive swimming. The event has been tracked since the mid 1950’s for both men and women at the long course level, while short course world records in the 400 IM have been recognized since 1991.

The 400m IM combines all four stroke disciplines. In the order of butterfly, backstroke, breaststroke and freestyle the individual medley is competed at the 200 and 400 level at the Olympic Games.

The first WR in this event was recognized in 1957, when American Gary Heinrich swam a 5:15.6 in Philadelphia. Since then the record has been largely dominated by Americans, with George Harrison, Dennis Rounsaville, Ted Stickles, Dick Roth, Greg Buckingham and Charlie Hickcox all taking turns at the record over the next decade.

Gary Hall Sr. (father of former freestyle champion Gary Hall Jr.) broke the record 5 different times throughout the 1970’s, taking the record down to 4:30.81. The 1980’s would see three different swimming legends each put their stamp on the event. David Wharton of the US, Alex Baumann of Canada and Tamas Darnyi would each win Olympic medals at the 1984 Games in Los Angeles and in Seoul in 1988 swimming this event, while in the case of Baumann and Darnyi, also breaking the world record.

Tom Dolan of the United States would break the record twice, once in 1994 and again at the Syndey Games in 2000 (4:11.09), at which point Michael Phelps (as he did with the 200m IM record) would come along and take sole ownership of the WR. 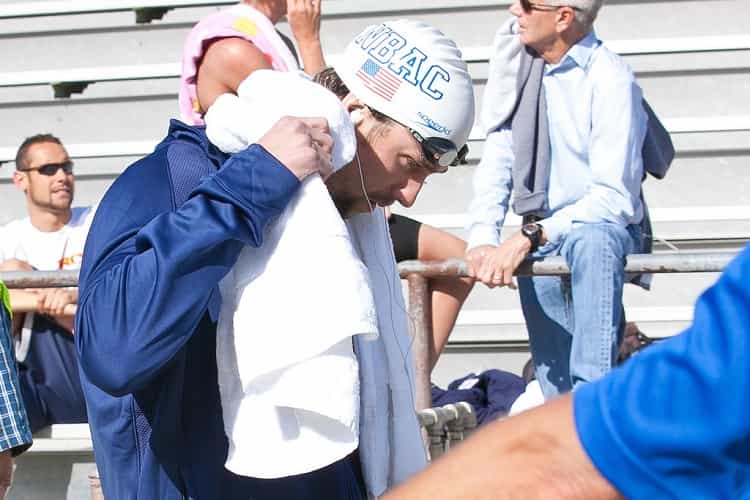 The short course world record was first recognized in 1992, when Luca Sacchi of Italy posted a 4:08.77 in Sheffield. Currently Ryan Lochte holds the fastest time ever, having swum 3:55.50 at the Dubai stop of the FINA World Cup series in December 2010.

The world mark on the women’s side in long course meters was recognized for the first time in 1958, a year later then the guys. Similar to the men, for the first ten years it was held solely by Americans. Syliva Russka was the first (5:46.6), followed by teammates Donna de Varona in 1960, Sharon Finneran in 1962, and then Claudia Kolb would lowered the record four times between 1964 and 1968.

As with many of the other women’s world records, the East German women displayed overpowering dominance during the 1970’s in this event. Angela Franke would be the first, swimming a 5:01.10 in 1973. Gudrun Wegner would be the first woman to break the minute barrier later that year – and do so with room to spare – posting a 4:57.51. Ulrike Tauber, Birgit Treiber and Petra Schneider would all register WR’s before the decade was out, with the latter swimming a 4:36.10 at the FINA World Championships in Ecuador in 1982.

At the 2016 Rio Olympics Katinka Hosszu of Hungary demolished Shiwen’s 4-year old mark by swimming a 4:26.36 during the first night of finals. At one point during the race she was over 5 seconds ahead of the world record line. 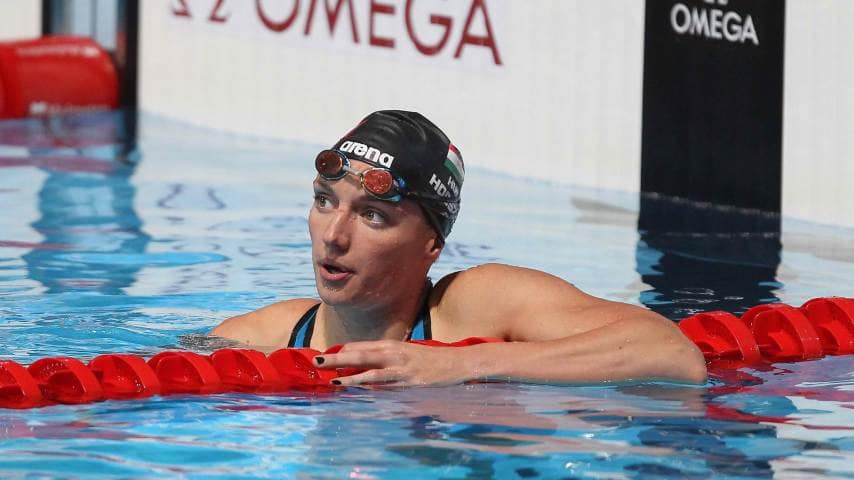 Here is how Hosszu split the race:

The first time a WR was ratified in short course meters was in 1993, when China’s Dai Guohong posted a 4:29.00. The current world record is held by Katinka Hosszu of Hungary. Her time of 4:20.85 was performed at the Berlin stop on the FINA World Cup series in August of 2013.