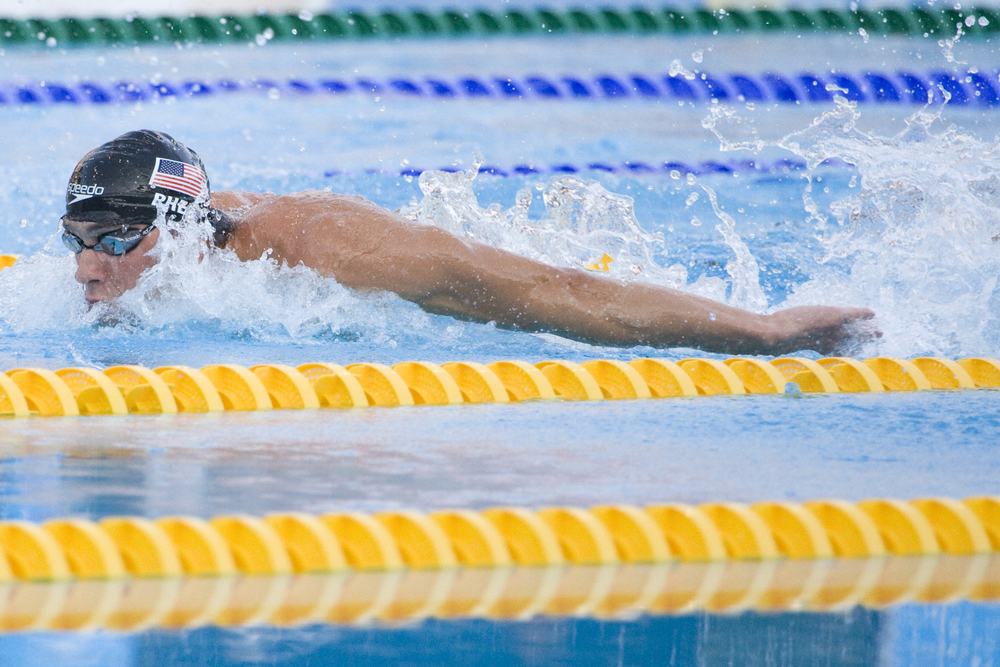 The 200m butterfly world record is managed and tracked by FINA, the world governing body for the sport of competitive swimming.

The butterfly stroke is the newest of strokes, having sprung up as an offshoot of the breaststroke during the early 1930’s. It is also the first stroke to be swum in the individual medley (yet third in the medley relays), and is also widely considered to be the toughest of the four stroke disciplines.

The world record for both men and women in the 200 fly has been followed since the 1950s in long course meters, while short course records did not start becoming ratified until the early to mid 1990’s.

Mike Troy of the United States of America is the first man to be recognized as the world record holder in the 200 fly. He broke the record 6 times – and lowered it nearly 7 seconds in the process — over the course of 1959-1960, ultimately swimming a 2:12.8 in Rome in September of 1960.

With the exception of 4 other swimmers, in the 55 years since the world record has belonged to either an Australian or an American.

Hans-Joachim Fassnacht of East Germany would hold it for approximately a year in the early 1970’s, while Roger Pyttel of West Germany’s hold on the record would be even more short-lived, having it for less than two months in the summer of 1976. Michael Gross would round out the German presence on the list, breaking it three times during a stretch between 1985-1986. Russian fly legend Denis Pankratov would be the fourth, swimming a 1:55.22 in 1995 that would hold up for 5 years as the world’s fastest ever.

Australian Kevin Barry broke the WR 4 different times in the early 1960’s, and fellow Aussie Jon Sieben took it back for the boys down under in 1984 when he swam a 1:57.04 at the Los Angeles Olympics.

Americans Mike Bruner, Craig Beardsley, Carl Robie, Gary Hall Sr., Mark Spitz, and more recently Mel Stewart and Tom Malchow all held the WR over the years, but it is Michael Phelps who has dominated the event since 2001.

Phelps doesn’t appear anywhere on the short course list, however. The first WR holder on record in the 25m pool is Franck Esposito of France in 1:54.73. Showing the longevity of his career he would again hold the mark ten years later in a time of 1:50.73.

The first world record holder on file on the women’s side is Nancy Ramey of the United States. She swam a 2:40.5 in June of 1958. Over the course of the next six years five more Americans would lower it, with Becky Collins, Sharon Finneran, Susan Pitt, Kendis Moore and Sharon Stouder would all take turns.

In the 1970’s the East Germans and their state-sanctioned doping program took over, with the mark dropping a year per second between 1973 and 1978. Rosemarie Gabriel would be the first, Andrea Pollock would be the last, becoming the first woman to swim the distance under 2:10, when she swam a 2:09.87 on July 4, 1978 in East Berlin, East Germany.

American fly legend Mary T. Meagher put her stamp on the event lowering it by nearly four seconds in a span of three years. Her time of 2:05.96 set in 1981 lasted for nearly 20 years, when Susie O’Neill bested it in front of a hometown crowd at the Sydney Games in 2000.