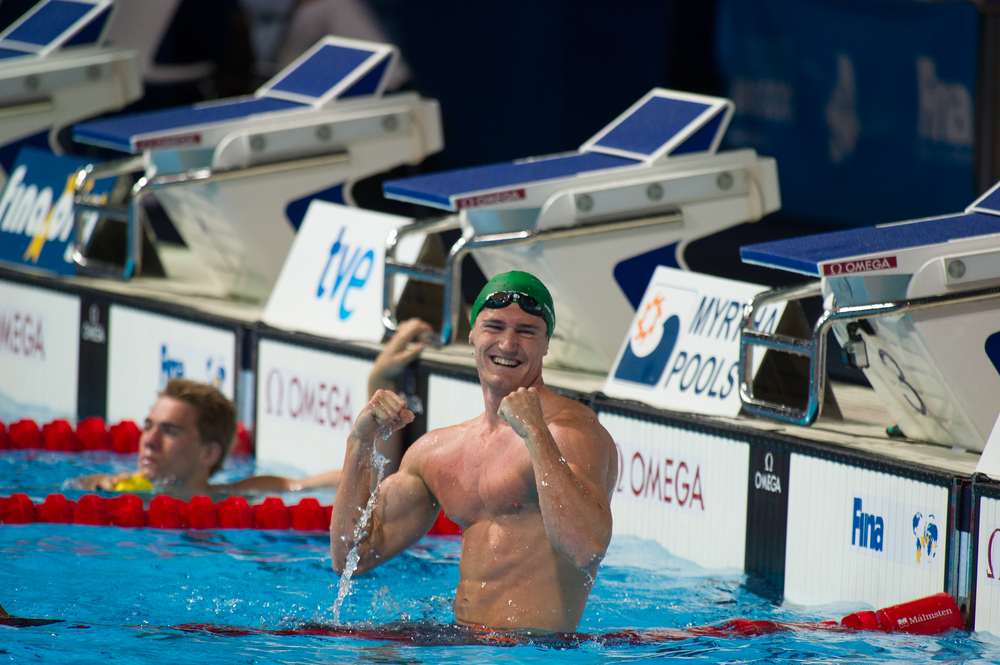 The 100m breaststroke world record is tracked and ratified by the international governing body for the sport of competitive swimming (FINA). The WR for the 100 breaststroke was first ratified for men in 1961, while times going back as far as 1958 are recognized on the women’s side in long course meters.

For short course world record in this event, like other SCM world marks, they have been ratified by FINA since the spring of 1991.

Unlike almost every other world record on file that was first set by an American, this one is by a Soviet swimmer, with Leonid Kolesnikov having the first name on record as long course 100m breast WR holder in 1:11.4. He did the time in 1961 in Moscow, only to have Chet Jastremski of the USA beat it a couple months later. Before 1961 was up the mark would be lowered another 6 times before coming to a rest at 1:07.5.

American swimming domination shows itself in spurts over the course of the lifespan of this record, with John Hencken doing his part between 1972 and 1976 (where he would break the record three times at the Montreal Olympics). Steve Lundquist would take over from 1980-1984, swimming a 1:01.65 at the Los Angeles Games in 1984.

Legendary Brit Adrian Moorhouse would lower and then twice tie the record in 1990 (swimming a 1:01.49 2x). Norbert Rozsa would tie Moorhouse’s time a year later before lowering it a couple times with teammate Karoly Guttler.

At the 1996 Games in Atlanta Fred Deburghgraeve would win gold and post a 1:00.60 to inch the WR ever closer to the elusive sub-minute barrier. Roman Sloudnov of Russia would be the first to do it in 2001 swimming 59.97.

Adam Peaty of Great Britain most recently broke the 100m long course record at the 2016 Rio Olympics during the preliminaries, swimming a 57.55, giving him the fastest 5 times in history over the distance.

Van der Burgh also owns the SCM WR, swimming a ridiculous 55.61 in November of 2009 during the super-suit era.

The East Germans make up well over half the record holders in the history of this event. Starting with the first, Karin Beyer, who posted a 1:20.3 in 1958.

Penelope Heyns of South Africa would lower the record by nearly a second and a half during the mid to late 1990’s, all the way down to 1:06.52.

The current world record holder for the women’s 100m breaststroke long course is Ruta Meilutyte of Lithuania, who swam a 1:04.35 at the FINA World Aquatic Championships in Barcelona in the summer of 2013.