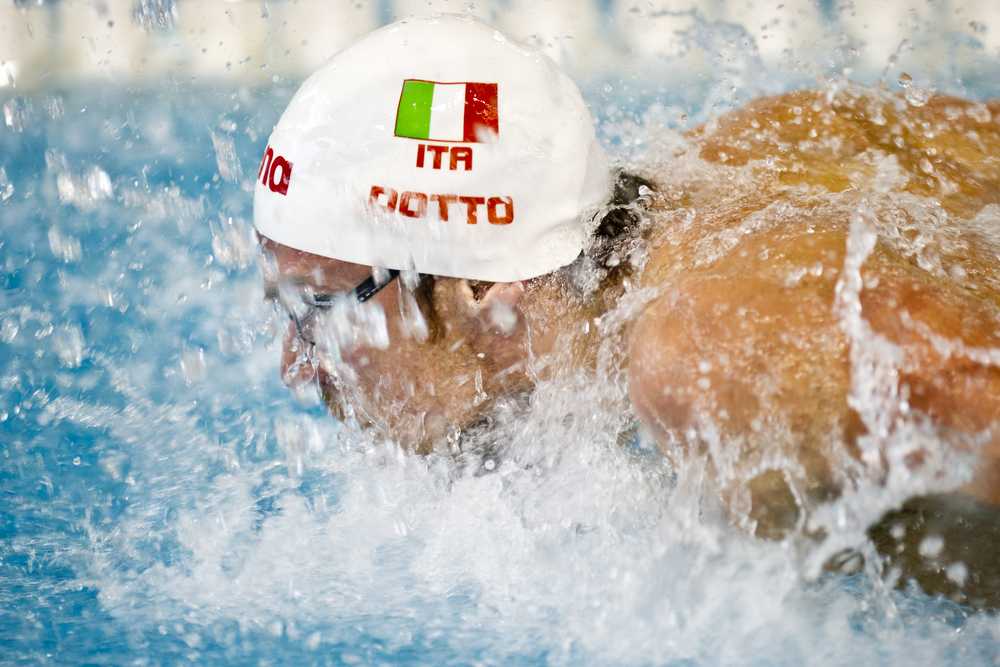 The 50m butterfly world record is overseen and ratified by FINA, the world governing body for the sport of competitive swimming. The 50 fly WR is one of the youngest on the books, as it is among the stroke 50’s which have only been tracked since the 1990’s.

The 50m butterfly is not an Olympic event. It is, however, competed at swimming’s second biggest and important competition, the FINA World Championships, which is held every two years by various host nations across the planet.

Russian butterfly legend Denis Pankratov was the first man to hold the long course 50m fly WR. Done at the Meet of Champions in August of 1996, Pankratov swam a world best time of 23.68, a time that stood until Geoff Huegill of Australia broke it in 2000 in a time of 23.60.

Ageless wonder Roland Schoeman of South Africa – who also at one point has owned world records in other events, including being the short course world record holder in the 50m freestyle – would be the first man to break the 23 second barrier in 2005 at the Montreal edition of the FINA World Championships.

See Also: The Butterfly Stroke: Everything You Ever Wanted to Know

Four years later, however, in the midst of the polyurethane super-suit era Rafael Munoz of Spain would shave a full half second off Schoeman’s mark swimming an unbelievable 22.43 at Spanish Nationals in April of 2009.

The short course mark has seen more action over the years, with the initial WR of 23.55 by Great Britain’s Mark Foster being lowered 15 times since 1995. Pankratov would again put his mark on this race, swimming a 23.35 in February of 1997, while Australians Geoff Huegill and Michael Kilm would both take multiple pulls, with Huegill peaking with a 22.74 at the Berlin stop on the FINA World Cup tour in Berlin in 2002. Ian Crocker is the lone American represetative on the list of former record holders, holding it for about a year with his 22.71.

The current SCM is currently held by Steffen Deibler of Germany. He is the first man to break 22 seconds in the event, swimming a crushing 21.80, also at the Berlin stop of the FINA World Cup, but this time 7 years later in 2009.

Legendary Netherlands swimmer Ige de Bruijn was the first WR holder in this event on the woman’s side of things, with a 26.54 set in 1999 at their national championships. She would lower it a couple more times in May of 2000, trading back and forth with Anna-Karin Kammerling of Sweden.

Her country-woman Therese Alshammar would take the record in 2007, and has since lowered it to 25.07, which was performed in the semi-finals at – you guessed it – the 2009 FINA World Championships in Rome, Italy.

The SCM version of this record dates back a little further, with Amy Van Dyken of the United States the first on the list. She swam a 26.73 back in 1995. Jenny Thompson, a Hall-of-Fame worthy athlete who trained for years at Stanford in California lowered the mark three times between 1997-1998, coming oh-so-close to breaking 26 seconds (26.00 was her fastest).

Therese Alshammar of Sweden holds the short course world record as well, set in 2009 in Singapore at a World Cup event. Alshammar’s record time is 24.38.