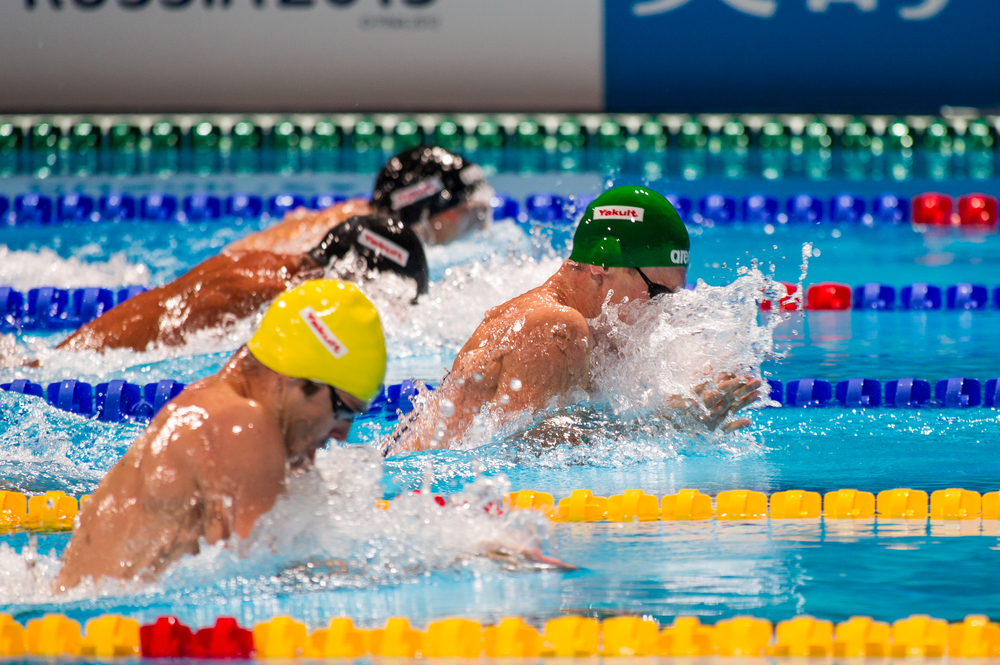 The 200m breaststroke world record has been monitored and ratified by FINA since first being recognized in 1908 (with the ladies getting recognized 13 years later in 1921).

Numerous records have been voided over the years as changes in technique and race strategy forced FINA to narrow in on what was permissible in the race and what wasn’t. During the 1930’s some breaststrokers began to experiment with a technique that would evolve into what we know today as butterfly, where the arms would leave the water during the recovery. Records set using this technique were erased when butterfly was recognized as its own stroke in 1952.

Additionally, in 1956 FINA cracked down on another tactic where swimmers would perform the stroke completely submerged, avoiding the drag that comes with breaking the surface of the water to breathe. Records set by doing this were also erased.

SEE ALSO: FINA’s Breakdown of the Rules for Swimming Breaststroke

For both sexes the short course world records for the 200 breaststroke have been tracked and ratified as far back as March of 1991.

The first WR for the men in the long course pool was set by Frederick Holman of Great Britain. He swam a 3:09.2 in London in 1908. Six years later his countryman Percy Courtman would be the first man to break the 3 minute plane when he cranked out a 2:56.6.

Canadian breaststroke legend Victor Davis would break the WR in August of 1982 (you can see the race footage in the documentary Fast and Furious – it showcased both Davis and fellow Canadian Alex Baumann), and again at the Los Angeles Games in 1984 (2:13.34).

Mike Barrowman of the USA and his wave-style technique would displace Davis on the list 5 years later in 1989. Four more times in the very early 1990’s Barrowman would chip away, finishing his WR run with a 2:10.16 at the 1992 Barcelona Olympic Games.

It would be ten years before Barrowman’s record would be beaten, when Kosuke Kitajima of Japan would become the first man to break 2:10, swimming a 2:09.97. Once that happened, breaking it seemed easy (or realistic at least), with five different swimmers breaking the WR (some multiple times each) since then.

The short course 200m breaststroke world record for me is held by Daniel Gyurta of Hungary, who came so close to breaking the two minute barrier, posting 2:00.67 in December 2009.

E. Van Den Bogaert of Belgium is the first woman to hold the 200m breaststroke world record. She did so in 1921, swimming a 3:38.2, before lowering it two more times the next years.

The list of record holders varies immensely, with swimmers from Great Britain, all three Germanys (if you count East, West, and unified), the Soviet Union, Canada, the Netherlands, China, Australia, South Africa and of course the United States.

The Soviets in particular were dominant in this event in the 60’s and 70’s, with Galina Prozumenshcikova breaking the WR four times between 1964-1966. Three different Soviet swimmers would each hold the title of fastest ever at different points between 1978-1979, with Marina Koshevaia, Lina Kachushite, and Svetlana Varganova lowering the world leading mark below 2:30.

The current world record holder for the women’s 200m breaststroke in long course meters is Rikke Moller Pedersen of Denmark who joins Soni as the only other woman to break 2:20, posting a 2:19.11 at the FINA World Championships in the summer of 2013.

The short course world record in the 200m breaststroke for women is currently held by Yuliya Efimova of Russia. The USC-based swimmer posted a 2:14.39 in Denmark on December 14, 2013.