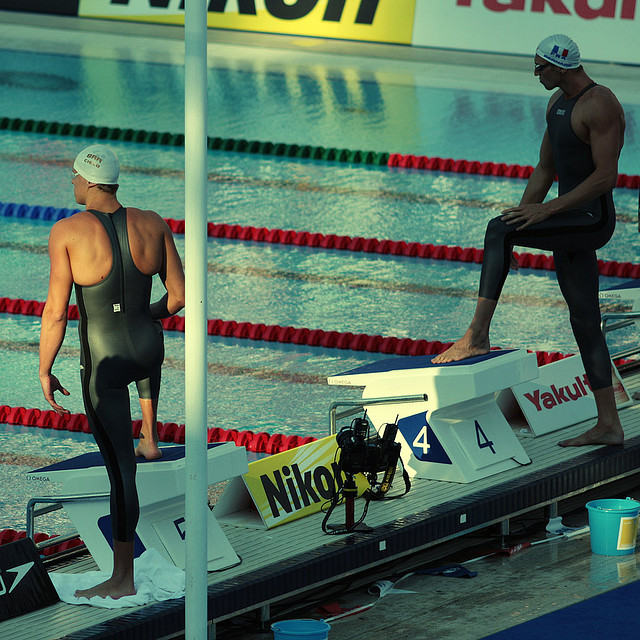 The 100 metres freestyle is one of the blue ribbon races in competitive swimming. Names like Johnny Weissmuller – who would break the minute barrier for the first time in 1922, Mark Spitz, and now names like Cesar Cielo, Matt Biondi, Alexander Popov and Pieter van den Hoogenband have cemented themselves as the premier names in the event.

The following is a breakdown of the 100m freestyle world records for both men and women, in both long course and short course meters:

The long course world record was destroyed repeatedly numerous times during the super-suit frenzy of 2008-2009 by three different swimmers. Starting with France’s Alain Bernard at the European Championships in 2008, the big Frenchman would lower Pieter van den Hoogenband’s mark of 47.84 set in the semi-finals at the Sydney Games in 2000.

Over the next year Bernard’s record would be lowered five more times, by Bernard, Australia’s Eamon Sullivan, and finally, Cesar Cielo of Brazil who would be the second man to break the 47 second barrier setting the current mark of 46.91.

The short course world record in the 100m free is currently held by 6’8” Amaury Leveaux of France, who swam a stunning 44.94 at the European Short Course Championships in Rijeka, Croatia in December 2008. At the same meet Leveaux would also break the 50m freestyle world record until it was beaten by South Africa’s Roland Schoeman less than a year later.

On the women’s side the long course record hitsory is dominated by Germany’s Britta Steffen. She has lowered the record 5 times dating back to 2006 at the European Championships, where she broke Australia’s Lisbeth Lenton’s mark of 53.42. (Lenton would break Steffen’s mark before Steffen would return the favor four more times).

For nearly 8 years the world record was 52.07, a mark also performed at the 2009 FINA World Championships in Rome, a meet that came to be known as “The Plastic Games” for the drunken record-setting frenzy that took place at that meet.

The rubber suit record wasn’t bested until Sarah Sjostrom, SWE, broke the 100m freestyle world record at the 2017 FINA World Championships in Budapest, Hungary, after flirting with it over the course of the summer.

She became the first woman to dip under the 52 second mark in the history of the sport while leading off the 4x100m freestyle relay for Sweden. Her time was 51.71. 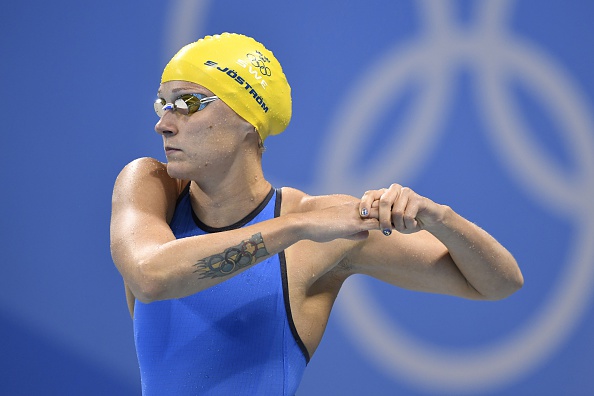 The short course world record in the 100m freestyle for women is held by Libby Trickett of Australia, who has broke the record three times in a 4 year period. Currently the mark is 51.01 which Trickett swam at the Australian Short Course Championships in Hobart, Australia in the summer of 2009.