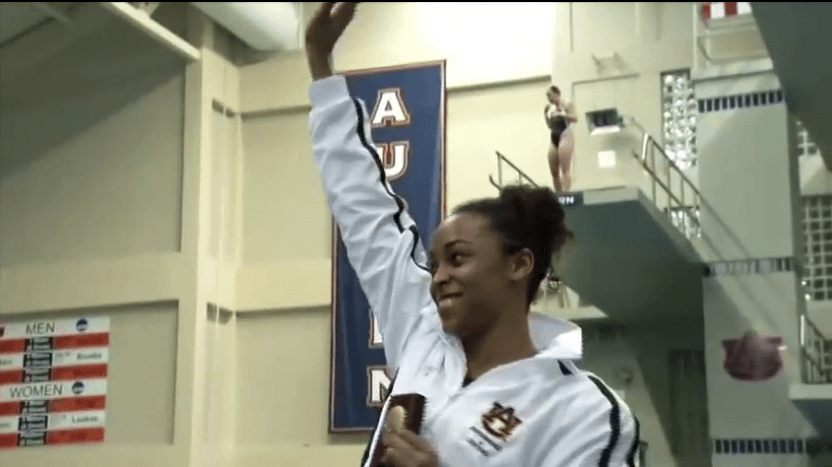 In this video we get a behind the scenes look at a day in the life of sprint swimming star Arianna Vanderpool-Wallace in the run up to the 2012 London Olympics.

A two-time Olympian who represented the Bahamas in both 2008 and 2012, Vanderpool-Wallace trains under Brett Hawke at the legendary sprint program at Auburn University. Hawke himself is not stranger to elite international competition, having represented Australia at the 2000 and the 2004 Olympics. During that time he trained at The Race Club, one of the elite sprint programs on the planet.

[alert style=”grey”]Breaking News Announcement: Have you signed up for my weekly newsletter? Each week you get an email with motivational content designed exclusively for competitive swimmers. Join 6,000+ of your fellow swimmers and coaches getting fired up. It’s free and you can always unsubscribe. Click here to sign up today.[/alert]

Vanderpool-Wallace won a bronze medal at the 2007 Pan American Games as part of the women’s 4x100m medley relay. She is also a graduate of Florida-based swim school powerhouse The Bolles School, and is also the daughter of Bahamas’ politician Vincent Vanderpool-Wallace.

Here is the video, which follows her through the course of a day of training on the Auburn campus. Enjoy: