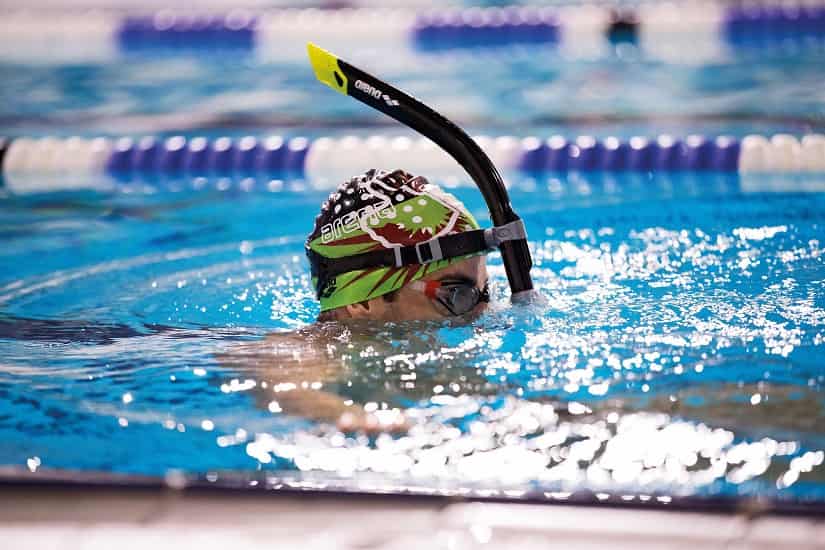 Ready to throw down on a new swim snorkel? Here’s are reviews of the best swimming snorkels for competitive swimmers.

The swim snorkel has become one of the most popular pieces of swimming gear on deck over the last decade or so, and with good reason.

There are a metric butt-ton of reasons that strapping a snorkel to your face is certified free-range awesome for you:

It helps you balance out your stroke. One of the leading causes of swimmer’s shoulder are muscle imbalances brought on by breathing to a dominant side in the water, which encourages uneven muscle development in the back, shoulders, and arms. By wearing a snorkel you put your face down, and free of the whole “breathing” thing can focus on swimming with a more even pulling motion.

Useful for those with sore traps. At the end of a long week, or after a heavy lifting session in the gym, I will encourage more snorkel use as it allows you to swim with a more relaxed head position, lessening neck and trap muscle demands. The snorkel can help you extend your swim practices in this way.

Helps teach you better head position. We all know or have been the snow-plow swimmer—the swimmer who goes up and down the pool with their forehead dry, looking ahead for the wall. Not only does this cause a heap of frontal drag in your stroke, but picking your head up ends up causing your hips to sink. Swimming with a snorkel won’t completely remove the safety twitch to want to see where we are swimming, but it will encourage a better head position. 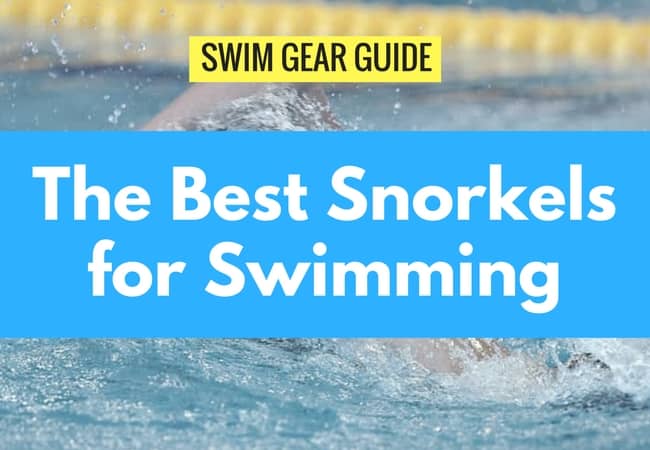 The swim snorkel, like any other tool, from fins, to paddles, to your trusty old pull buoy can help you improve and work on an almost endless number of things in the water.

But which snorkel is right for you?

Here’s a breakdown of the top snorkels for swimmers.

The classic. The O.G. The FINIS Original Swimmer’s Snorkel.

FINIS co-founders John Mix and Olympic butterfly champion Pablo Morales developed the first center-mounted snorkel for swimmers back in 1994. It would take some time for them to catch on, but once they did, they did so with gusto. Nowadays, snorkel use has exploded among competitive and even recreational swimmers.

The FINIS Swimmer’s Snorkel is the original, and is still the most popular of the bunch, and hence why it ranks at the top of the list of best swim snorkels.

They are available in the customary FINIS-yellow as well as in pink. 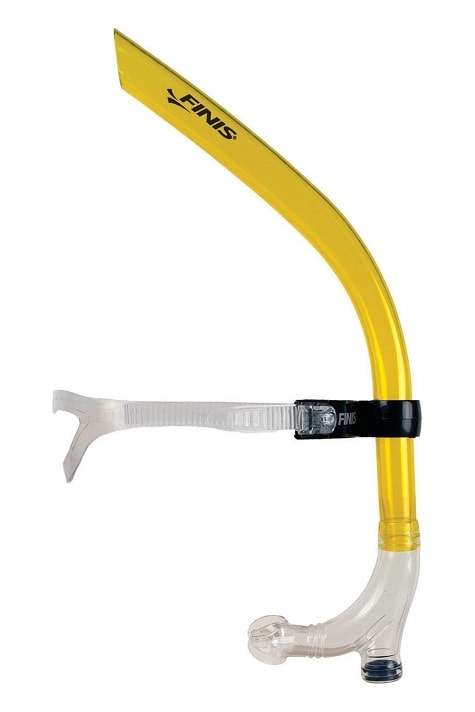 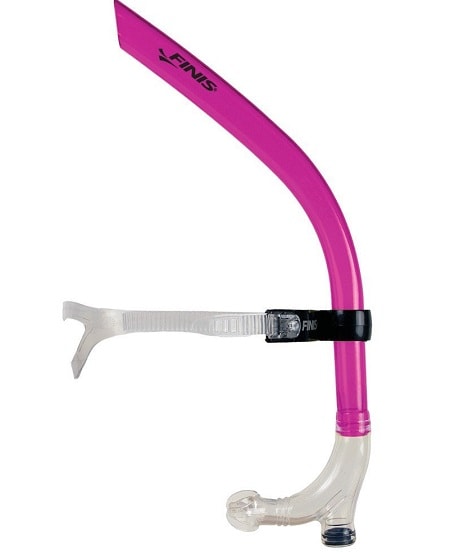 How to Make Your Snorkel Last

In terms of maintenance, there are two things that you will need to be aware of when using your snorkel.

First is that you should be washing your snorkel every so often. Mold will accumulate in the tube and in the mouth-piece. (Fun fact: you can do this easily by throwing it in the dishwasher.)

Secondly, the snaps on the headpiece will snap on you. Sometimes it’s after a couple months, sometimes after a year or so, but inevitably the snap that tightens or loosens the head strap has broken on every snorkel I’ve ever owned. I’ve “solved” this by simply tying the snorkel’s plastic strap once I’ve settled on a tightness I am happy with. 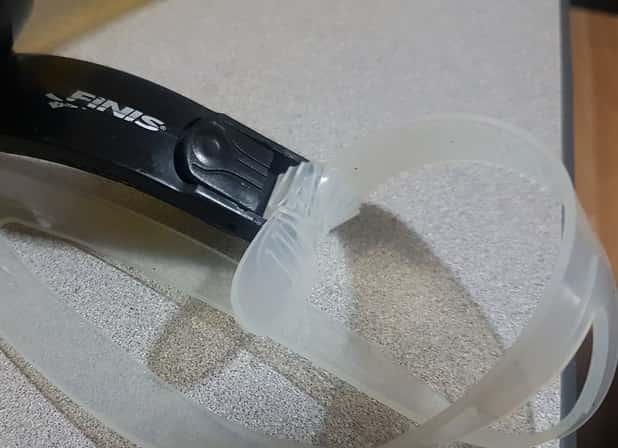 In the same way that FINIS developed a set of paddles designed specifically for freestylers, they have also produced a snorkel that is meant for the freestyle enthusiast.

The FINIS Freestyle Snorkel takes the FINIS Swimmer’s Snorkel and wraps the top half of the tube around the back of your head so that the top of the tube faces back behind you instead of straight up.

It’s like someone took some hair wax and slicked back the original snorkel. The FINIS Freestyle snorkel comes in FINIS-yellow only. 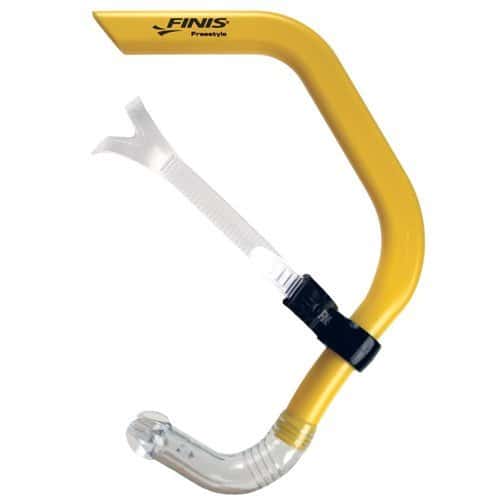 With his line of gear–that includes the MP Michael Phelps Xceed goggles he rocked in Rio–the GOAT has broken into the swim gear industry with products that he’s tried and tested (along with his longtime coach Bob Bowman).

The shape of the tube is one of the big benefits of the Focus snorkel—instead of your standard tube-shape it is triangular. Because the edge of the snorkel that rests against your head is flat there is less rolling or sliding back-and-forth of the snorkel while you swim.

The snorkel also wraps tightly around the head, which means it’s also flopping around less when you are swimming at speed or doing flip-turns (something Phelps’ coach Bob Bowman noted was a problem when Phelps used snorkels produced by other swim companies).

The Focus snorkel comes in two different sizes (a regular and a small fit) and a bunch of different colors. 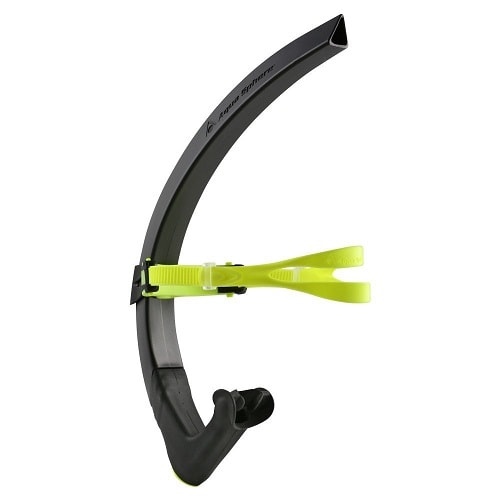 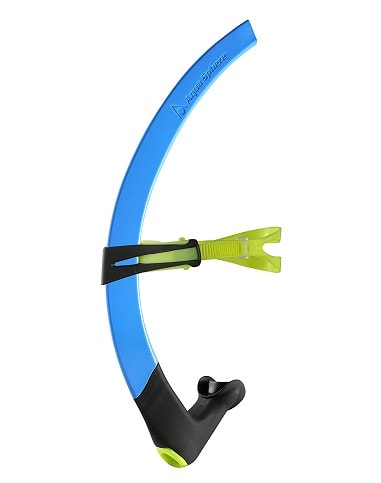 Ever tried having a conversation with your coach during a set while wearing a snorkel? Basically unpossible, right?

The Arena Swim Snorkel, which carries a lot of the same features of the FINIS snorkel, from the silicone mouthpiece and bottom purge valve, and adds a neat little feature that allows you to quickly move the mouthpiece from your breathing hole to yell out results and stroke counts back at your coach.

The rotatable head piece smoothly turns, allowing you to talk to your coach, your lane-mates, or simply mutter under your breath at the bulkhead. I also found that the head strap was a little more durable than the FINIS Original. 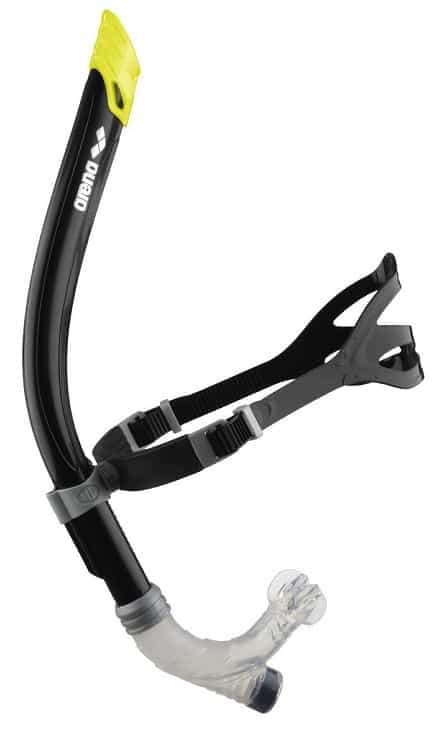 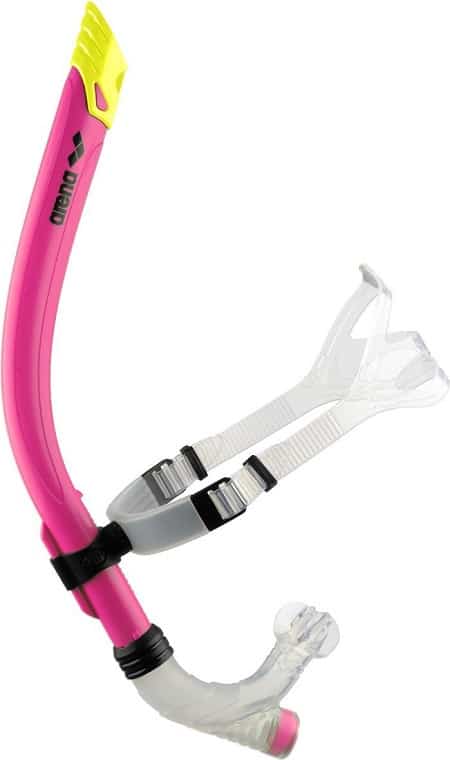 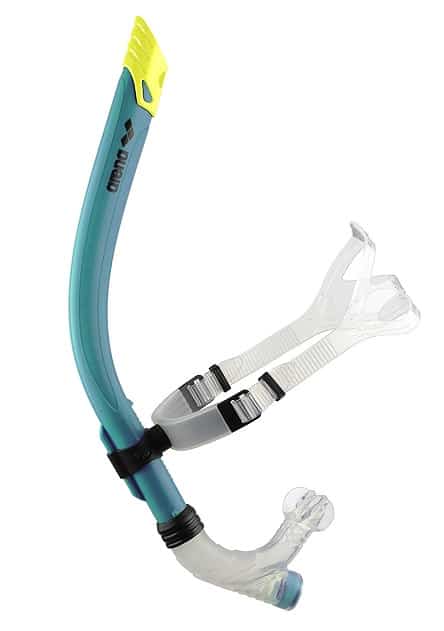 As the name would suggest, the TYR Ultralite 2.0 snorkel’s distinctive feature is it’s weight—or rather, its lack of it. At just 175g, it’s a featherweight, which comes in handy when having to stuff your mesh bag on the way to practice.

The mouthpiece is made of a soft silicone (helpful for those long swims to avoid jaw fatigue from biting down on the mouthpiece), a hydrodynamic tube and a distinct boomerang shape. The head-strap is tightened on the back of your head, unlike the other snorkels on this list whose straps are adjusted where the headpiece meets the snorkel tube.

The TYR Ultralite 2.0 is available in black as well as in pink. 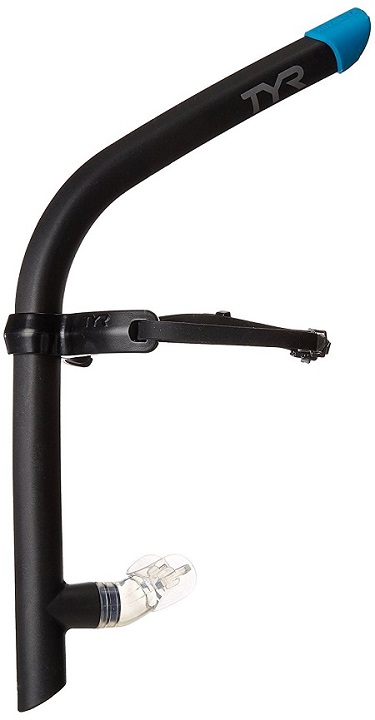 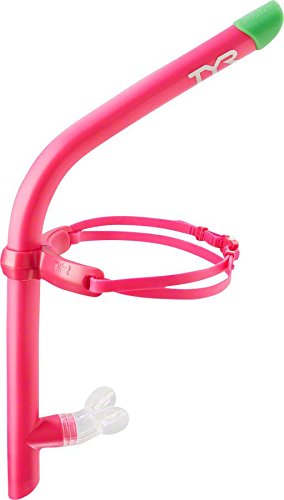 3 Sneaky Ways You Can Use Your Snorkel. Here are some different things you can do with your new snorkel in the pool to help supercharge your training.

The 6 Best Swim Paddles for Crushing It in the Pool. Ready to pick up a new set of paddles? Confused about kind to get? Here’s a breakdown of the best paddles for swimmers.