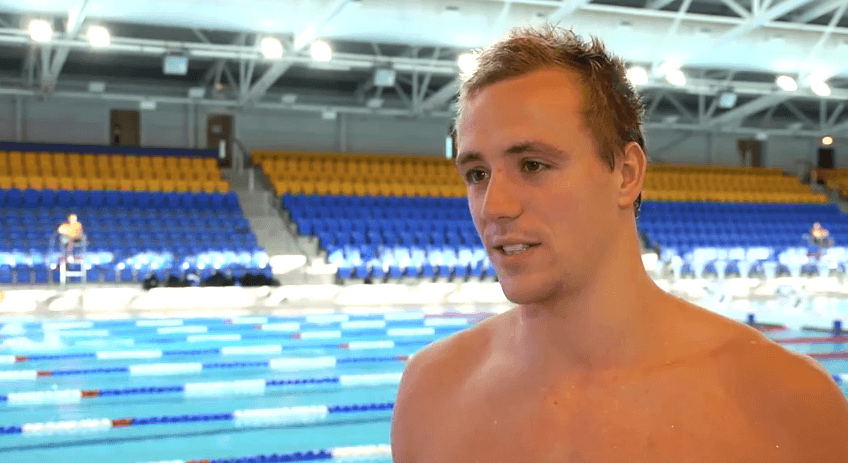 Later this summer Glasgow, Scotland will be hosting the 2014 Commonwealth Games. For Robbie Renwick, it will be a chance to compete on the international stage in his home country.

He won the 200 metre freestyle at the 2010 Commonwealth Games, and represented Great Britain at the 2008 Beijing Olympics in the 200m free and the 4 x 200m free relay.

Here we see a full day of training for Robbie and the City of Glasgow Swim Team, who have the benefit of training in the host facility — the Tollcross International Swimming Centre — for the Games later this summer. We follow Robbie as he does a couple sessions at the pool as well as some form and power work in the weight room at Emirates Arena, home of the SportScotland Institute of Sport.