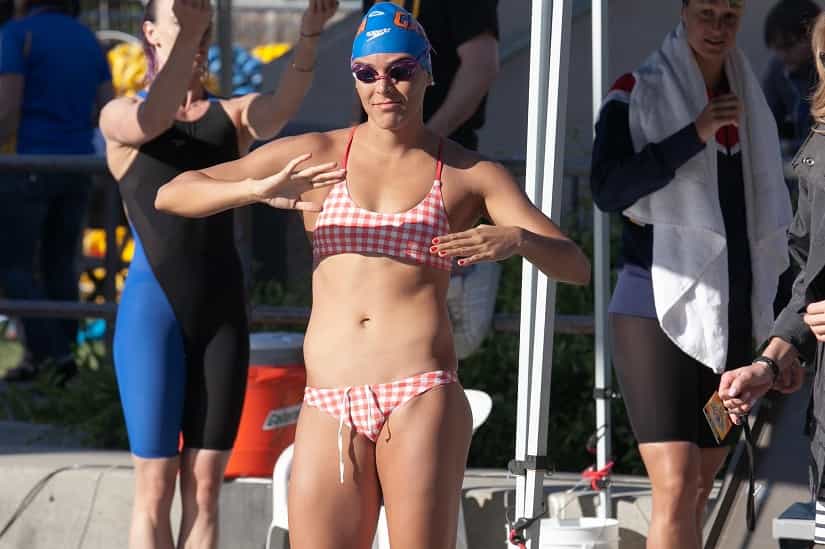 One of the simplest ways to make things a little harder on yourself in training is to throw on a drag suit. Here is what you need to know about whether or not it is actually effective in helping you swim faster.

Drag suits have been on pool decks in one form or another basically since day one.

Here is what I mean: 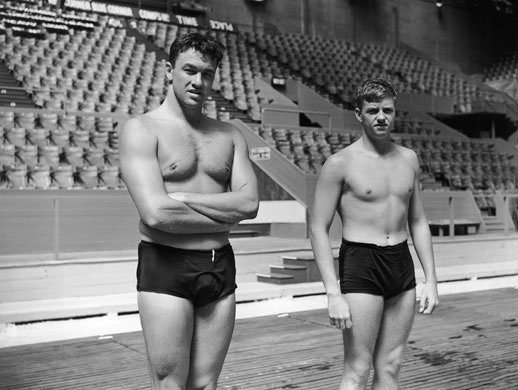 As a teenager during the 1990s my teammates and I all seemed to have a running battle for who rocked out the draggiest of the drag suits—it wouldn’t be uncommon for boys on the team with size 28 waists buying size 40 training suits from the local swim shop.

The effect was rather ridiculous—we looked like we were all wearing diapers.

The things we do for the sport we love, hey?

Since then the practice suit has gone the other way, with equally good reasons—by wearing low resistance suits in practice you better acclimatize yourself to the water, swim at speed, and as a result aren’t surprised and know what to expect when you step up on the blocks.

Although the trend has veered away from having a parachute of a swim suit, there are reasons to rock out the drag suit at practice:

Training with added resistance is harder, simple as that. The added difficulty will make us stronger, and therefore, faster.

Your drag suit is another form of added resistance–similar to DragSox, or stretch cords, or swimming with a band around your ankles. It’s sport-specific resistance training.

The mental aspect of it.

Using and removing a drag suit can provide a psychological benefit.

For instance, during practice you could do the first round of a high intensity set wearing it, and then drop it for the final round, giving you that little boost or extra sense of speed. Unshackled of the pounds of resistance you are free to fly across the surface of the pool.

This is why you’ll see swimmers at shave-and-swim taper meets wearing their drag suits during their meet warm-up–they want to get a double dose of sleekness when they dive in at race time thanks to the tech suit and the shave down.

The Research on How Drag Affect Swim Performance

In a study done with a group of 18 competitive swimmers the athletes were split into two over the course of a 5-week period. The whole group performed the same weekly practices that featured 3 sprint sets.

One significant effect of the drag suit was that stroke distance decreased. The use of the suits, although well-intentioned, had the side-effect of altering stroke form.

The researchers suggested that drag suits, while a valuable training tool, should be particularly used during shorter, higher intensity sets that have ample rest in order to allow swimmers to maintain proper technique and form.

Which makes sense—wearing a heavy-duty drag suit for a 3,000m for time might seem like a great way to punish yourself into better condition, but if the suit’s resistance is crushing your stroke integrity there isn’t really any point.

How to Use Drag Suits Properly

Think of your drag suit as one of the tools in your training arsenal. Something that you can add in and out of your workouts as needed.

In the same way you wouldn’t swim with a t-shirt on for the whole practice (the original drag suit), or with DragSox, or with weights around your wrists and ankles (seriously, people do this), use it selectively in scenarios where you can maintain awesome form and technique.

If it affects body position and limits your stroke tempo than it’s usefulness has been lost. Use it in short spurts when you want to add a little bit of resistance to your high-intensity work and as a way to create a contrast in your swimming speed that increases feel for the water.

The Benefits of Using a Swim Snorkel. One of the most common things you will find in a swimmer’s bag is a snorkel–and for good reason–it’s a versatile tool you can use to improve all sorts of aspects of your swimming.

The Swimmer’s Guide to Swim Fins. One of the highlights of any workout is when coach lets us throw on the fins. Here is what you need to know about training with these bad boys for maximum effect.

Jammer Reviews: The Top 5 Racing Suits for Fast Swimming. Looking to get yourself a new jammer? We took a rip, err, swim, with five of the most popular jammers on the blocks.

6 Best Swim Jammers for Training and Lap Swimming. Looking to get a new training jammer for your time at practice? Here’s a breakdown of our favorite jammers, for lap swimming and training.