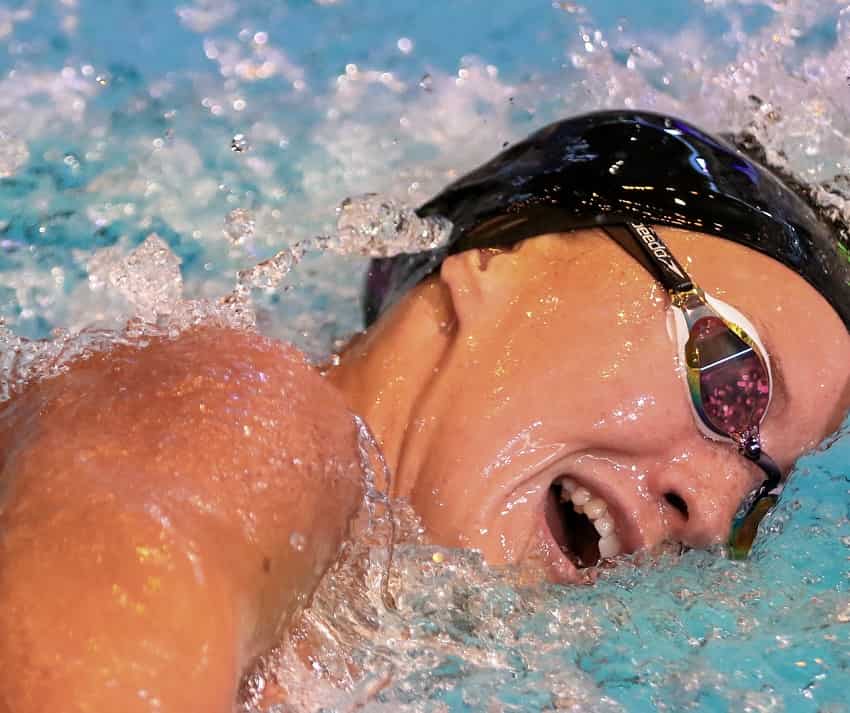 When was the last time you went all-in on something in the water and totally bombed?

I mean, you really got after something in the water, pursued it for an extended period of time, left it all in the pool, and then truly fell flat on your face?

And they are much worse than your big, all-in failures.

The benefits of falling flat on your face

Sounds a little bit like we are playing word semantics.

For starters, in the examples I listed above, you don’t learn a thing from “failing” this way.

A right and proper failure is highly instructive. How can you learn what works, what doesn’t, what your strengths are, how fast you can improve, if you aren’t even failing properly?

In a cruel way, it turns out you are even failing at failure! Ouch.

Secondly, fading instead of failing promotes a false narrative about failing that keeps you from fully committing to your goals.

You don’t know what it takes to be successful because you never truly try.

What it takes to be successful remains ambiguous, and the stack of fades in your background remind you that you don’t have the commitment to see it through.

Lastly, there is that whole regret thing.

Fizzling out with your goals never provides an opportunity to see what you are capable of. Just another wasted opportunity that you end up regretting. Weeks, months, years from now, there will be the moments where you rue the missed opportunities…

“I wonder what I could have done in the pool if I’d bought in to the workouts.”

The truth about failing properly is this: 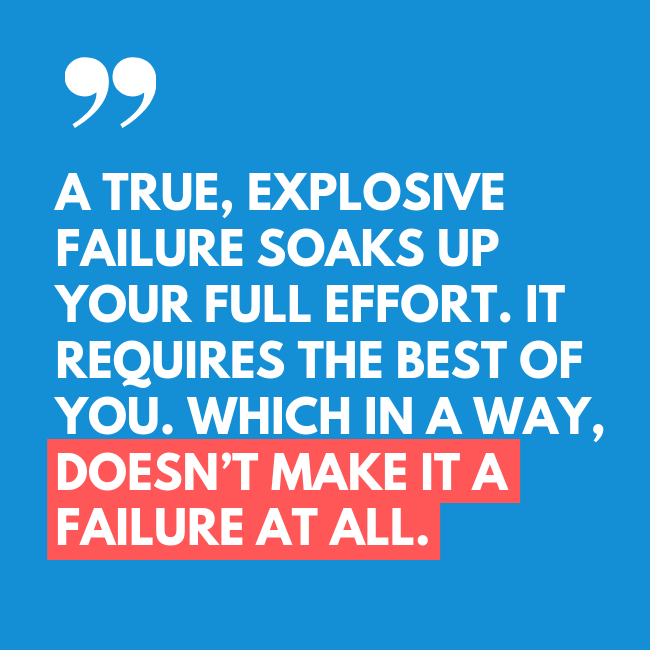 Understanding that last part is key. This can allow you to take some honor in your epic fails and also encourages you to give a fuller effort in the pursuit of success.

Going all-in and failing is harder than it looks.

I can understand why the concept of failure is so terrifying. There is a lot of perceived risk in going after something that means a lot to us.

But here’s the rub…

This kind of all-in, all-out failure is actually quite rare.

I mean, how often do you really go all-out on your goals?

Leave nothing to chance?

The kind of failure you are usually experiencing isn’t that. It’s fading.

We worry and stress about the big fails waaaay more often than they actually come to pass.

(One fun study took a group of people and had them journal out what they were worried about and how often those worries came true. Those worries only came to pass about 9% of the time, with a quarter of the participants worries not coming to pass at all.)

Better to have our goals go out with a whimper than risk failure, our subconscious quietly tells us.

Think back to the last time you went all-in and failed.

You fully committed to the program. Showed up to every practice you could (plus a couple extra for good measure). Ate like a champion. Left nothing to chance.

Whether it’s getting DQ’d, choking at the last moment, or getting injured day of the race, you got slapped upside the head by the worst possible thing that could happen to your performance.

Reflecting on that failure, it stings, right? You know it. I know it. We have all been there.

But it didn’t destroy you.

And if anything, there are some things you took from that big old failure that strengthened you.

All things you can never truly appreciate and understand without having walked the path yourself.

Contrast this to the times where you fizzled out on your goals. When your effort quietly whimpered off into the dark.

What did you learn from that? Did you come back better prepared? More motivated? Or did you steadily learn the habit of half-stepping your goals?

Commit to the risk of failure.

Now, I am not saying the goal is to purposely fail.

The point isn’t to be a spectacular failure. Success is what we are after. All day. The plan revolves around crushing your PBs, winning gold, taking down state records, putting up championship banners, etcetera.

I want you to achieve the big, greasy goals you have for yourself in the water.

But you can’t come to terms with the work required to be successful without being okay with the risk of failure. Success of any kind comes pre-packaged with the considerable chance of failing.

This seems like an easy concept, but think about the times you self-sabotaged your training, lifestyle habits, nutrition, mindset because you struggled with the thought that you might fail.

And while most swimmers will say that they understand this (“I know, I know”), they still seemingly go out of their way to find ways to fizzle and fade instead of risking failure.

When putting together an action plan for your goals this season, and looking at the work required to achieve it, and the customary ups and downs your season is guaranteed to include, it’s worth remembering:

How to Swim Like a Monster Under Pressure. Fed up with not being able to rise to the occasion when the pressure is on? Here’s the swimmer’s ultimate guide to performing at your best when it matters most.

5 Ways This Mental Training Book Will Rock Your Chlorinated Socks Off. Frustrated with your mindset? Tired of not seeing the results you want in the pool? This book will help you seriously elevate your swimming this season. Here’s how.