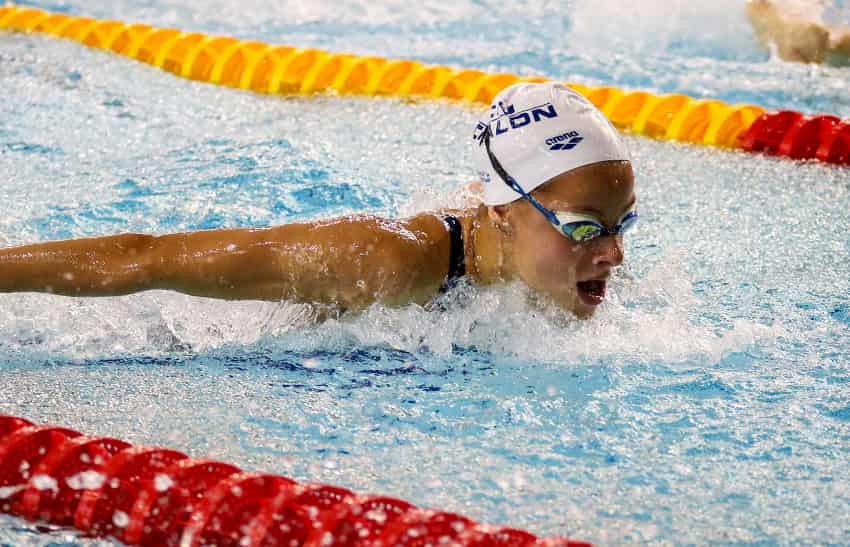 The main set is the meat potatoes of your swim practice. Are you giving it the effort that your swimming deserves?

No matter how committed we say we are with our goals, the big difference maker between elite swimmers and average swimmers is how they tackle main sets.

They are willing to dive into the water and go full-tilt. No Sammy Save-Up. No playing it conservative. Straight-up swimming like their hair is on fire.

Katie Ledecky is such a swimmer.

Before she went to Stanford, and before her gold medal shopping spree at the Rio Olympics (quick recap: 4 gold medals, including the 200-400-800m freestyles), Ledecky was training at her age group club, NCAP.

Her coach at the time Bruce Gemmell, later recounted her training and mindset when she came out onto the pool each day.

“She fails in practice more than anybody in her group,” says Gemmell.  “She’ll start out like, ‘This is the pace I need to swim in the race, so I need to replicate it in practice.’ And she’ll go six repeats like that, and the tank goes empty and she just falls off. But you know what? She’ll come back the next day and try it again. And on the third day, she’ll nail it. And she’s been doing this since the first day I walked on the deck with her.”

Sure, this is Katie Ledecky we are talking about, right?

But this kind of fearless work ethic can be learned, too.

During his freshman year at the University of Florida, Lochte was a diamond in the rough.

Far from the world record holder and Olympic champion he became.

Although talented, his training was inconsistent.

Eventually, Lochte came to understand that everyone is in discomfort during the main set.

And that he could use that as fuel or as a reason to ease off.

Troy notes that Lochte’s ability to put down a full effort in the moment, without thought to consequence or saving for the next repeat, was a key difference between him and other swimmers on the team (who were far from slouches themselves!).

“If we asked him to go all out in the pool, he didn’t need an explanation,” says Troy. “He would actually put all the energy and effort he had into that one repeat. Then he’d come back and reload.”

It takes courage to train this way.

To give a full effort without fear or expectation.

And for many swimmers, it’s assumed that the ability to tackle hard work is purely genetic.

But doing Herculean work in the pool, and managing the natural and instinctual fear that comes with approaching discomfort, is also something you can work on.

How to Improve Your Fearlessness Skills

Here are a few skills that you can use to dial up the fearlessness when those big, gnarly main sets come ripping around the corner.

The moment you start thinking about the next round, the next set, the next rep, your body immediately starts to go into energy-conserve mode.

Focus on this rep, this lap if necessary and nothing else.

This kind of focus—boxing out distractions, both internal and external—is a hugely valuable skill.

Sharpen it at practice.

Performance cues (“Charge into the wall! Hulk smash! Finish strong! Push, push, push!”) are simple, a little bit vague (“Go exactly :15.6 seconds for this repeat while breathing every 3 strokes!” doesn’t have the same punch), and keep you in the moment.

Write out 2-3 of them that you will lean on during those workouts and sets that test your will.

🏊Talk positive (or at least, productively).

The way you talk about pain has physiological effects.

If you are telling yourself that it hurts, guess what, it’s going to hurt even more (check out this article if you want more on how this happens).

Instead of self-talk like this: “This main set is impossible, I am going to die an agonizing death” try something like: “This looks hard, but I’m gonna feel like a boss when it’s over.”

The way you talk about pain impacts how much pain you actually experience.

Choose positive self-talk that is believable, unique to you, and will help you push when things get tough in practice.

When you head down to the pool today…

Give these suggestions a rip.

Crank up the fearlessness a little bit.

And get more from your swim practices.

Whether you are tired of choking on race day, want to finally conquer your mindset so that you can give your PB’s the beating they deserve, or want to develop a killer game plan for your mindset, Conquer the Pool is your ticket to faster swimming.

Used and trusted by some of the top clubs and swimmers on the planet and written with the feedback of 200+ head coaches, Olympians, former world record holders, and NCAA champions. 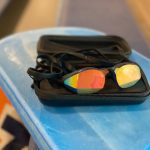