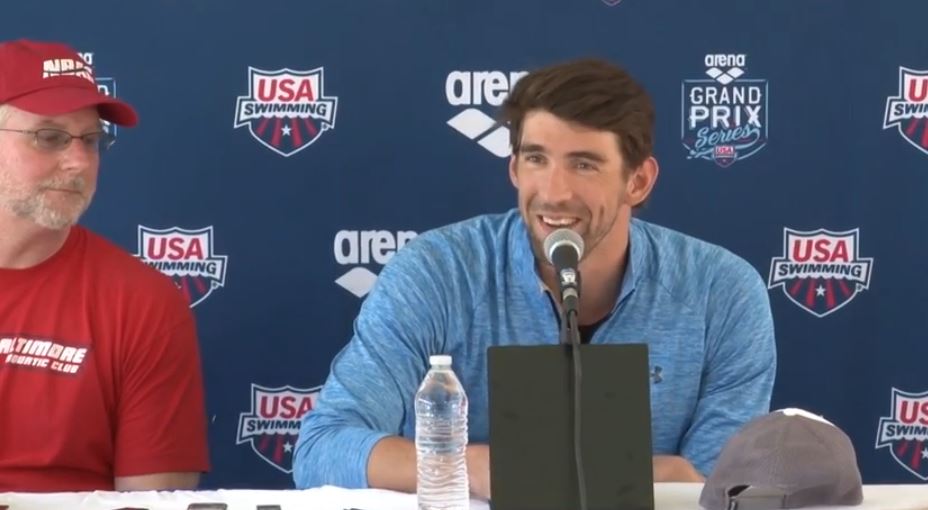 In anticipation of the Arena Grand Prix this weekend in Mesa, Arizona, and the return of Michael Phelps to competitive action, the Greatest of All Time first had to meet with the press.

With Bob Bowman at his side Phelps fielded questions from numerous press sources, many of which almost certainly would not have been in attendance otherwise (yeah, I’m looking at you FOX Sports).

To sum up the questions that were asked, and what most swimming fans and enthusiasts have been wondering in terms of his motivations for coming back:

“I’m doing this because I want to. I want to be back in the water.”

Bowman chimed in a couple times, noting that Phelps was enjoying the process of getting back into shape, and that he was smiling more on deck.

He discusses the challenges of preparing for the Olympics in 2012, the lapses he was feeling in pressure, and how things have changed since then. He admitted that he is having fun now, and he admittedly appeared comfortable behind the microphone and back in the limelight as a competitive athlete versus being a spokesman.