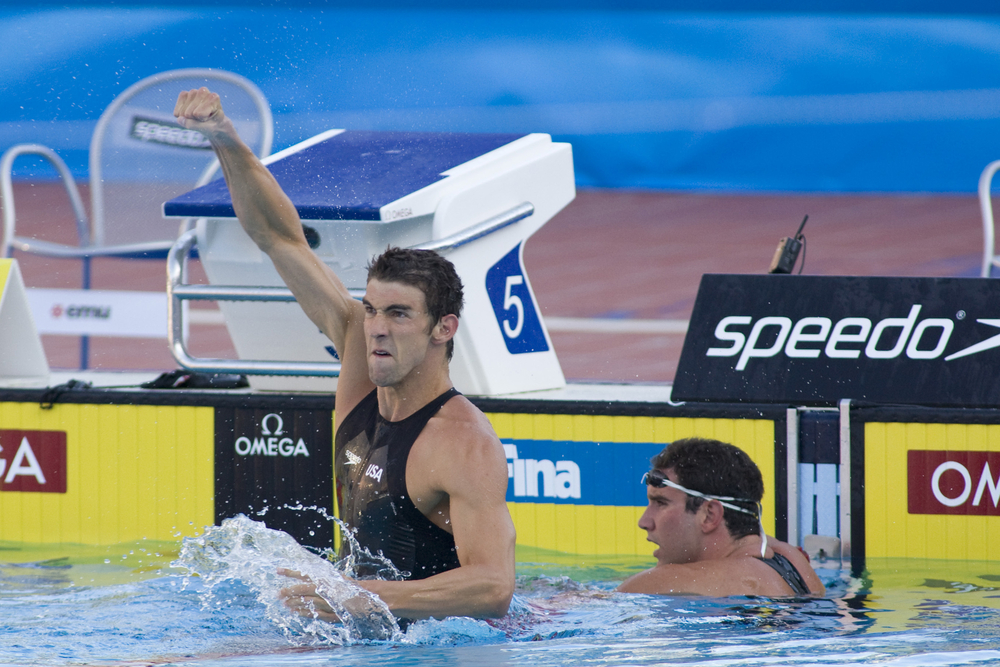 The Michael Phelps comeback tour looks like it is ready to kick off, according to his longtime coach, North Baltimore Aquatic Club’s Bob Bowman.

In an interview with USA Today Sports, Bowman discussed Phelps training schedule (he is averaging five practices a week with NBAC, which also includes a thick roster of Olympians including Ous Mellouli, Yannick Agnel, Conor Dwyer and Matt McLean), and is now eligible to compete anytime he desires (the 9 month waiting period after re-entering the drug-testing pool has now expired).

“He looks like he is definitely in shape,” said Bowman. “I think he feels pretty good about where he is. We’ll just kind of look around at some upcoming meets and maybe let him swim an event or two and see how it goes.”

The 28 year old will start with shorter, speedier events to get a gauge of how his speed and conditioning have progressed to date. Bowman intimated that he would start with the 100-freestyle and 100-butterfly, “Something short to see if he’s got any speed or how his strokes are doing, that kind of thing,” Bowman said. Phelps’ long-time coach also suggested that it was likely Phelps would add more events as time progressed.

Whatever the plan is for Phelps, Bowman appears set to continue playing it fairly close to the chest.

Phelps has kept busy during his “retirement,” having been a guest star on the Golf Channel’s Haney Project, making appearances for sponsors Speedo (most notably at the World Championships last summer, where he watched the Americans fall short in the 4x100m freestyle), while also making a guest appearance on one of his favorite television shows, Suits.

Conceivably Phelps could be competing again at the Mesa Grand Prix in April or the Charlotte Grand Prix event in May, while the 2014 US Open in Irvine, California in August is the next big domestic competition on the US swimming calendar.