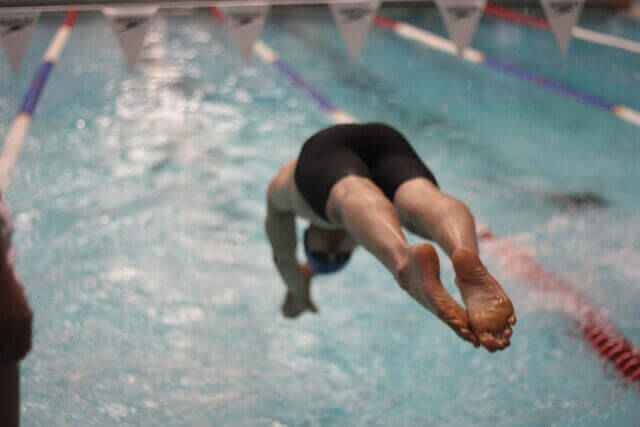 Most of the time we swim in comfort. We go to the pool, and usually without thinking about it, slip into our normal routines.

We do our usual warm-up. The same breathing patterns. Pull into the wall a couple times during kick sets. Streamline out to the same distance we did the day before. Do the same sets and the same intervals that are not only familiar, but comfortable.

Over and over, round and round we go, swimming the same way, never really pushing ourselves, but expecting better results all the same.

Today, do something you’ve never done before. Try a little harder. Push yourself a little further.

It’s chasing the areas of your swimming that are hard.

Where you will fail the first few times.

In order to improve, to really improve with your swimming you gotta open yourself up to outright failure.

You have to place yourself into situations and environments that require you to grow and expect better and more from yourself.

This could mean moving over to the fast lane. Trying a faster interval. Doing the hard breathing pattern.

And don’t worry about nailing it the first time…

In fact, you almost definitely won’t.

But you know this, even if it is just intuitively.

You know that it’s going to be a struggle, and expecting things to go perfectly the first time around is foolish. Instead, you use these moments of difficulty to see where you are at, and to give you the confidence to show up and try again tomorrow.

Welcome failure. Seek it. But don’t take it personally.

It’s an indication of where you are at, not who you are, and certainly not what you can become.

After all, if you are never failing you aren’t pushing yourself hard enough. And leaving a whole lot of untapped potential behind.

Today I challenge you to go to the pool…

To push yourself a little further…

Do something new, expand your limits and kung-fu punch your way out of your comfort zone…

And when you’re done…

Write it out in YourSwimBook.

It’s made exactly for those kind of moments.

The good, the bad, and the awesome.