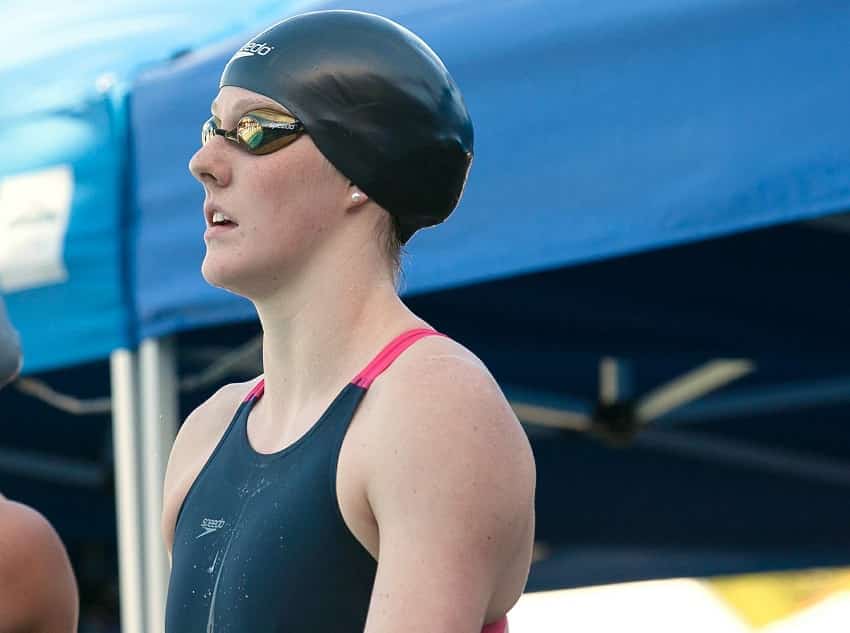 Missy Franklin has achieved some wild stuff in the pool:

You would think that with this pedigree of excellence, records, and gold medals that Olympic-levels of self-confidence would come naturally to Franklin.

But Franklin, despite the smiles and bubbly personality, had her own doubts, uncertainties, insecurities and lapses in self-confidence. Just like any other swimmer.

One of the tools that Franklin used to help her stay focused and confident when the pressure was at its highest was a Confidence Jar.

Building a pattern of excellence.

The world came to learn the name Missy at the London Olympics.

While she was a recognized star in the swimming community by 2012, Franklin achieved stratospheric heights of fame in London. She ran away with the gold medal in the 200m backstroke, taking down the world record in a time of 2:04.06.

After Franklin’s five-medal performance in London, she could have cashed in on her success and collected millions in endorsement money. She postponed the transition to pro, enrolling at the University of California, opting to swim for the Golden Bears under Teri McKeever.

The collegiate swimming experience is unique. The team cohesion, the dual meets, the electric championship meets.

And it was at Berkeley, swimming for the Golden Bears, that Franklin started using a Confidence Jar.

The purpose of the Confidence Jar is simple.

Keep a jar and fill it with highlights and moments of success and excellence. 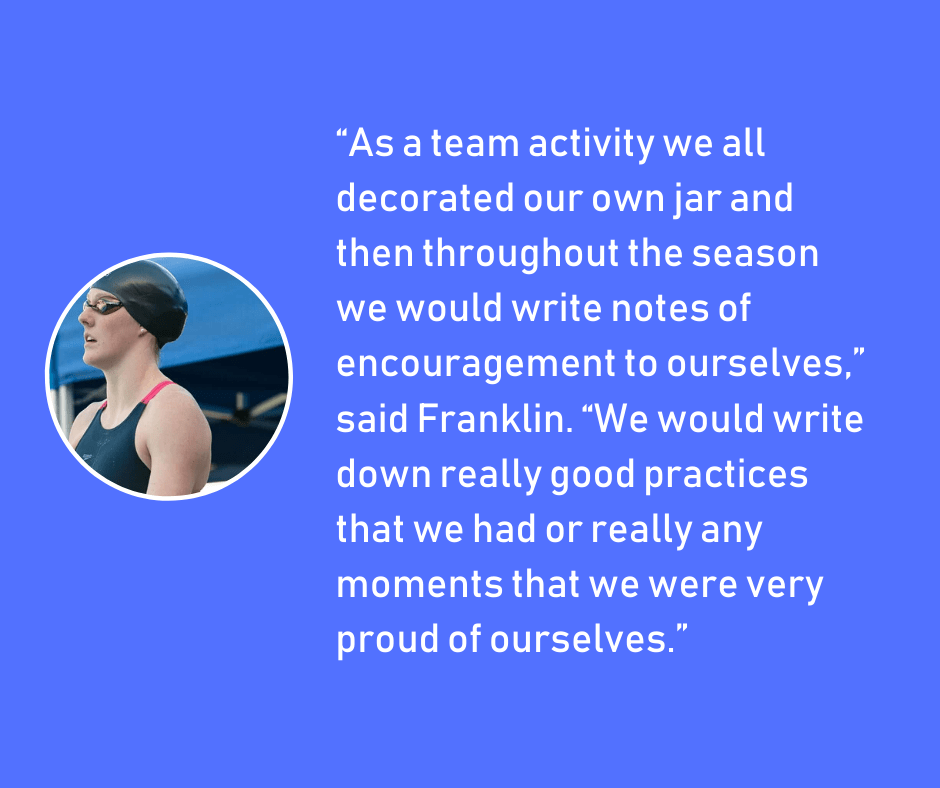 There were a few reasons Franklin used the confidence jar.

For starters, the jar acted as a Hall of Fame, a place where she could log and recognize all of the little things that she was doing well, that might otherwise get lost in the shuffle over a long season.

When you think about how many workouts, sets and reps compound into a full season, the highlights can get buried under the not-so-great moments.

A Confidence Jar was a way to recognize all the little moments of excellence that were happening along the way. Reminders of all that the things that have been accomplished.

“Seasons are so long that we tend to forget all of the incredible things that we’ve accomplished throughout the entire season,” said Franklin. “To have a jar that is full of all of the accomplishments that you have achieved in a season, whether it is just a really good practice or set, a time that you encouraged a teammate, or even a really great weight session, there were so many different options for things to put in the confidence jar but ultimately you opened it up and you were reminded of not just the past couple weeks of good work or the past couple months, but the entirety of the season that you had put in and all of the work and effort that had prepared you for your competition.”

When you open the Confidence Jar and look through the moments of excellence you have accumulated is up to you.

Or like Franklin, you could bottle that bad boy right up until the night before a big swim meet.

Save it for when the pre-race nerves and performance anxiety are peaking.

“I only opened my confidence jar the night before the biggest meet of the season,” said Franklin. “It just made that so meaningful to me, being able to go through all of these notes, so many of which I had forgotten about, and to open them the day before the biggest competition of the year right before I’m about to race was always so powerful.”

Getting your mindset right when you need it most.

Reading through the things that she had accomplished in the water the day before a big meet gave her a big shot of confidence. A surge of good vibes at the right moment.

“I was immediately overcome with so much confidence in everything that I had done to be as prepared as I possibly could be,” said Franklin. “I mainly used this in college and then again before the Rio Olympic Games.”

Ultimately, the Confidence Jar helped Franklin be in the proper mindset to swim fast.

She knew that she had prepared herself physically, it was just a matter of insuring that her mindset was in a good place.

“It was always helpful no matter what the circumstance, whether it was before NCAA’s or the Olympics, it always had the same affect. When you go into a competition, so much of it is mental over physical, and to go into a competition with the best mindset possible is the most important thing that you can do for yourself. My confidence jar helped me do that.” 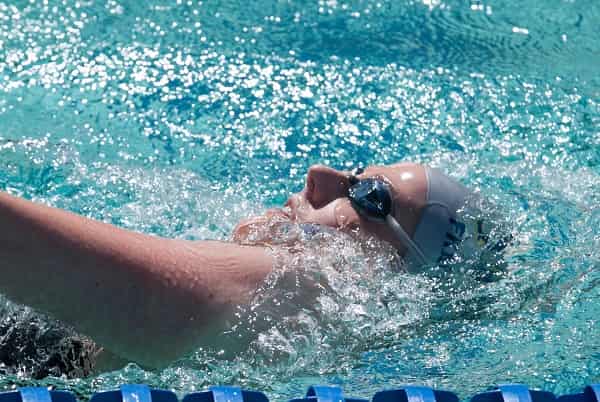 The Confidence Jar is such a great tool to use because it is personal.

It’s individual. It’s a collection of the things you have accomplished. Things that no one can take away from you.

The Confidence Jar is a visual representation of the work you are doing.

As the season progresses, and that little jar begins to stretch at the seams, you get a strong, motivating sense of how much quality work you have done.

You can see it right there, each day, getting more and more packed.

The season is long, and it’s not always obvious to us how much quality work we have done in the water.

But with the jar, getting progressively more stuffed with mini-achievements, you have physical proof that you are getting better in the pool.

The Confidence Jar motivates you to chase excellence in practice.

As you get into the habit of writing out moments of excellence, you will hunger for the satisfaction that comes from depositing them into the jar.

You will chase those moments in practice more often.

The Confidence Jar teaches you to recognize excellence.

Ever wonder why that one bad practice from like two weeks ago is still burning in the back of your mind? Or how that one bad race you had at a meet three months ago still causes you to doubt what you did today?

Negative experiences take up a disproportionate amount of bandwidth and space in your head. If you are swimming great 95% of the time, but are focused solely on the 5% where your swimming goes to Loser-town, your self-confidence is going to crumble in competition.

This is why it’s so important to recognize your achievements in the pool. Doing so helps you build a solid foundation of confidence that you can draw on before your next big race or hard practice.

The Confidence Jar helps you develop the skill of self-confidence.

It’s not an accident that elite swimmers tend to have higher levels of self-confidence [1].

Unfortunately, for a lot of swimmers, self-confidence is something that is considered innate.

Something they have or they don’t have (and will never have).

The sneaky thing about self-confidence is that it’s a skill, something you can consistently work on and improve. Like your technique, or your conditioning, it takes a little bit of time each day thickening your armor of self-confidence.

A Confidence Jar is the perfect tool for getting into this regular habit.

What could you put into your Confidence Jar?

Here are some samples to use as inspiration:

Other things could include motivational song lyrics. Times where you cheered on a teammate struggling through a tough stretch of training. Or when you helped a younger teammate improve their technique.

You are already doing the hard work at the pool.

Give your self-confidence a chance to flourish and be there for you when you need it most.

8 Ways Swimmers Can Develop Superhero Self-Confidence. Fast swimming means having the self-confidence to know that our best performance will show up on race day. Here are eight proven ways that swimmers can develop superhero self-confidence at the pool.

The First Thing Swimmers Need to Know About Developing Self-Confidence. The way we perform on race day is connected to how confident we are when we step up on the block. Here’s the first thing you need to know about laying the groundwork for consistent, PB-crushing self-confidence.

Thank you to Missy for taking the time to answer my questions on this tool for developing self-confidence.