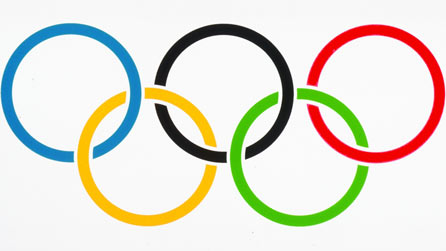 US Senator Lindsey Graham (Rep.-South Carolina) in an interview on Tuesday said the United States should boycott next year’s Olympics in the coastal Russian city of Sochi if NSA whistle-blower Edward Snowden is provided asylum in Russia.

When asked by The Hill in an interview of whether he would support a boycott, he replied—

“I would. I would just send the Russians the most unequivocal signal I could send them.”

Edward Snowden applied for asylum in Russia earlier this week. He has been stuck in a transit zone at Moscow’s airport since June 23rd.

Our boycott of the 1980 Olympic Games did not contribute to a successful resolution of the underlying conflict. It did, however, deprive hundreds of American athletes, all whom had completely dedicated themselves to representing our nation at the Olympic Games, of the opportunity of a lifetime.

The United States boycotted the 1980 Moscow Games in response to Russia’s invasion of Afghanistan. Four years later it was the Russians turn to boycott, as they forewent the Los Angeles Games in 1984. Both boycotts cost a generation of athletes their opportunity to perform under the Olympic banner.

House Speaker John Boehner was asked about such a move, and was just as dismissive as Sandusky, saying that Graham was “dead wrong.”

White House spokesman said that while he would not speculate on Graham’s statement, he did add that the U.S. agrees with Russian President Vladimir Putin that the Edward Snowden dilemma doesn’t need to harm US-Russian cooperation on countless other issues.

It should be noted that simply because Graham would support such a move certainly doesn’t mean that there is any push to make one happen, particularly with the memories of missed opportunities of Moscow and Los Angeles so fresh.