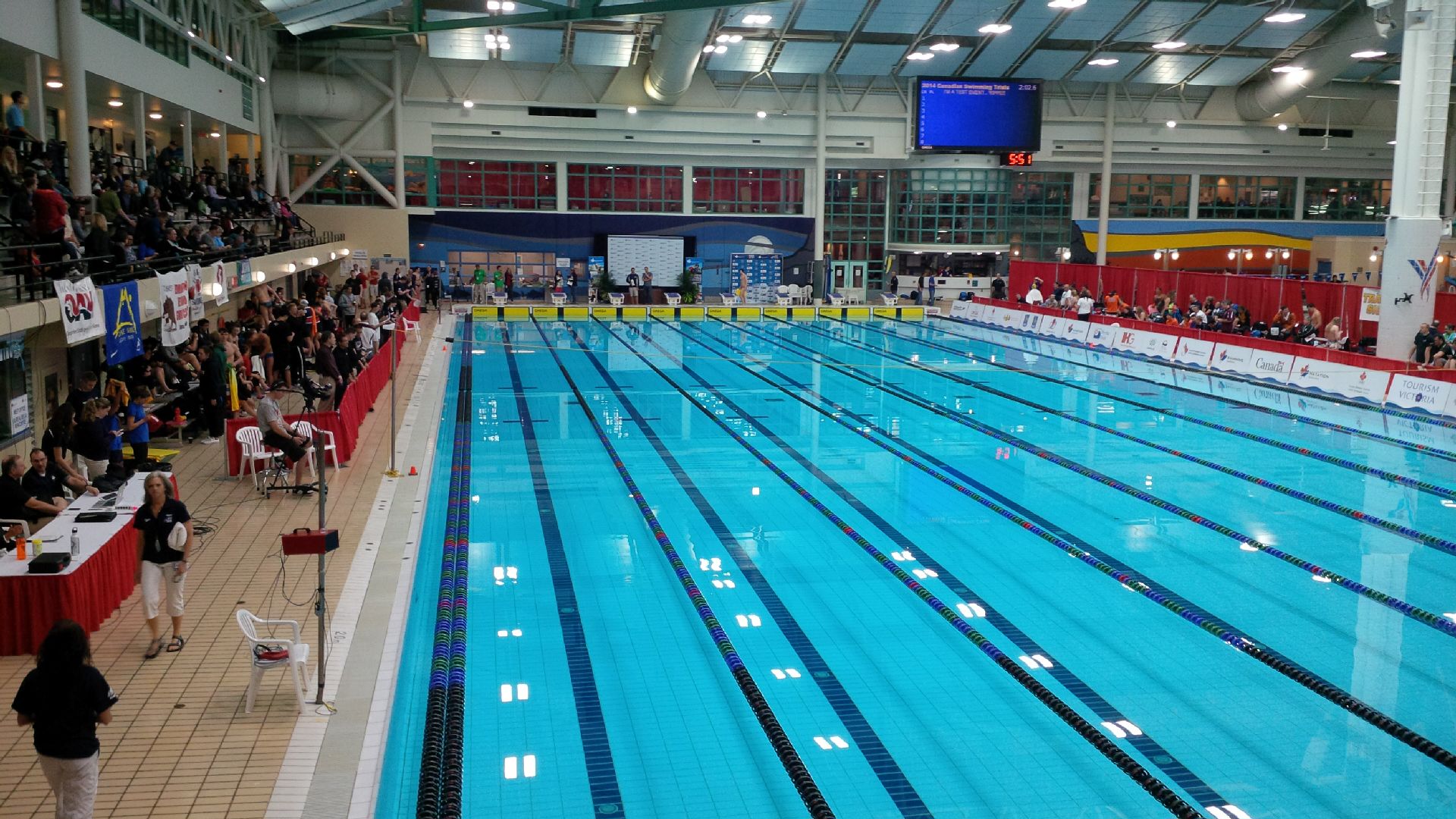 At the third night of finals at the Canadian Commonwealth and Pan Pacific Trials in Victoria, BC, Katerine Savard of Potn Rouge, Quebec lowered her own national record in the 100m butterfly in a time of 57.27.

Savard’s swim improved on her own record that she set last summer in the heats at the FINA World Championships in Barcelona, Spain. She led the race from the start, taking off to an early lead. She was nearly exactly on pace at the turn, before bringing it back 5/100’s of a second faster.

Afterwards Savard said she was pleased at her early-season speed, which bodes well for her heading into the two big meets later this summer, both being held in August. The time she posted was the second fastest in the world so far this year, with only Sarah Sjostrom of Sweden having posted a quicker time in 2014 (56.53). Savard placed 5th in this event at World Championships last summer.

Audrey Lacroix, another stalwart in the Canadian female butterfly scene, placed second in 58.69. Her time was fast enough to place her on both teams.

On the men’s side of things, Ryan Cochrane continued his domination of the freestyle events, winning the 400m freestyle rather handily in a time of 3:47.30. He won convincingly, and a full three seconds under the qualification time set forth by Swimming/Natation Canada.

Cochrane was joined by two of his club teammates from Island Swimming on the podium. Jeremy Bagshaw, who is coming off of a successful appearance at NCAA’s last week, placed second in 3:51.09. Peter Brothers placed 3rd in 3:54.57. Bagshaw just missed the qualifying time of 3:50.87.

Brittany MacLean, who like Bagshaw killed it at NCAA’s a couple weeks ago, proved that she could handle the back-to-back meets, winning the 400m freestyle to add to her 200m title from earlier in the meet. She led from the get go, with the Etobicoke Swimming athlete winning by over 4 seconds in 4:06.20. The time places her 5th in the world at the moment, not far behind American Katie Ledecky‘s 4:04.46.

The last night of finals takes place tonight, quickly followed by a full team announcement of all the swimmers who will be attending Commonwealth Games and Pan Pacs later this summer.