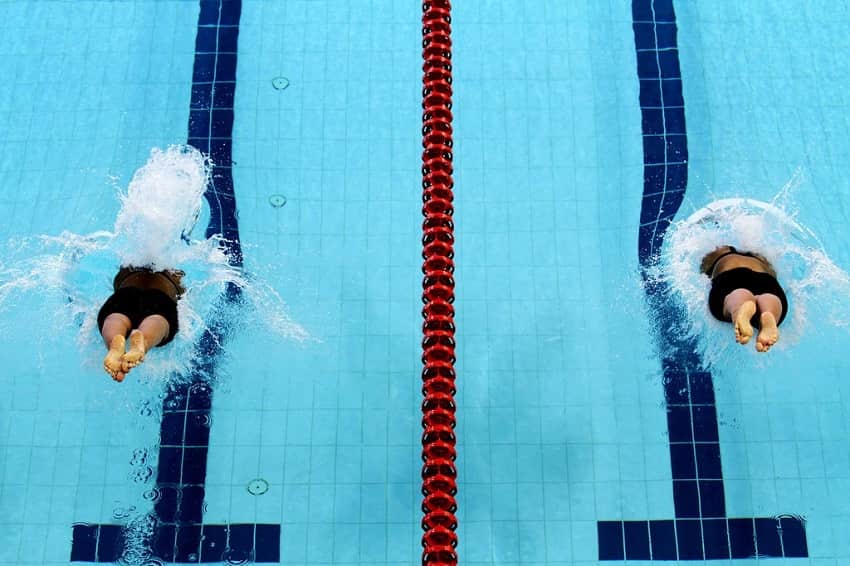 After all, how many times has your coach told you that it’s all mental? Or that your mind will quit before your body ever will? Or that if you will it, you can achieve it?

Besides looking great on a meme, there is some veritable proof to these sayings.

Fatigue Is an Emotion

Conventional wisdom was that a lack of oxygen to muscles was the cause of fatigue.

As it turns out, your brain is the main source of your fatigue.

Its intentions are good, I can assure you. Recognizing stress on the body it starts firing out signals to hold back like flares in the middle of the Atlantic. 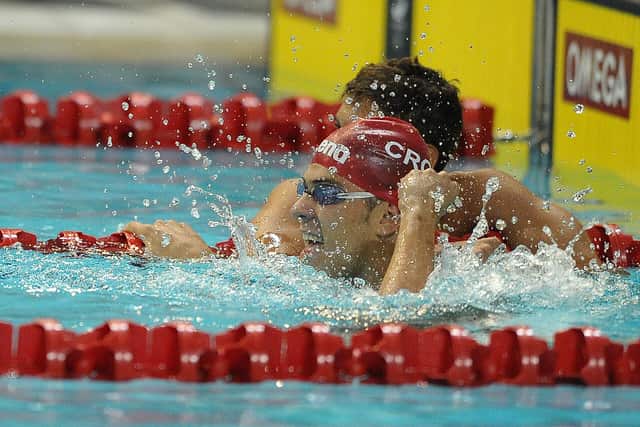 If you want to become a mentally tougher swimmer an important step is rethinking what fatigue means:

It’s predominantly an emotion, part of a complex regulation, the goal of which is to protect the body from harm. It’s a brain-derived emotion that regulates exercise behavior.

Fatigue, as it turns out, is a subjective emotion.

Here are a few examples to illustrate this point:

In an article I wrote last year for SwimSwam I recounted a story where my coach had fibbed the splits and results from a kick set we had done in practice.

He had convinced me that I had performed a 200m kick faster than I actually had. The next day, convinced that I was now a 2:54/200 free kicker I banged out a few more at that speed.

Coach, smiling, satisfied to himself explained his deception to us after the practice. He had lied us into becoming better kickers quite literally overnight.

Anecdotal experiences are great, but here is research on cyclists that show how being lied to about our perceived states can end up improving performance.

In a study done in 2012 a group of competitive cyclists performed four time trials. The first two were performed to create a baseline, while for the third and fourth they were hooked up to an avatar that represented their best speed and time.

The researchers, being the sneaky little brats that they are, made one of the simulated time trials 2% faster.

As you might guess, the cyclists who raced against the 2% faster time completed the time trial much faster.

In another study a group of cyclists were tested performing a series of 30-minute time trials:

The result? They performed just as well in hot and humid conditions as the control performance.

These studies, and my own anecdotal experience, shows us a murky, and little-understood facet of human performance.

That we operate with a reserve of sorts, and that is up to us to will it and cajole it out of ourselves.

How to Power Through Fatigue

We all have our own coping strategies when it comes to dealing with fatigue in the pool.

Here are my two favorite strategies for closing the chasm between what we think we are capable of and what we are actually capable of:

I have talked about this endlessly through both my columns here and the newsletter—by convincing ourselves to only perform one more rep, one more lap, one more stroke cycle—that we stop our brain from hedging our effort.

You know the swimmer, the one who saves-up all their energy over the course of the set before unleashing a near-PB on the final rep. The dreaded Sammy Save-Up. This is the extreme version of swimmers hedging their effort.

Mentally it will always be easier (and better) to stay focused solely on the current repetition and ultimately give a more consistent and productive effort.

2. The importance of having a practice-time sports drink.

Ever wonder why athletes on sidelines of other sports rinse and spit sport drinks or water in their mouths?

Some interesting science, as it were.

What they are doing by quickly rinsing their mouths with a carb drink is igniting the receptors in the mouth, telling the brain that fuel reserves are being topped up.

It doesn’t seem to matter that the carbohydrates don’t actually make it into your gut and blood, the mere presence of carbs in and around your mouth signals that you can resume performance.

Pushing yourself to the point of complete collapse is not the goal with these strategies. I’m not telling you to go and swim 10,000m of long course butterfly and completely destroy yourself.

But the goal should be to be able to push yourself a little bit further. To broaden what you know yourself to be capable of through action.

This kind of steady and escalating progression is where superstar performances are developed and built.

You are tougher than you think. Faster than you know. And more capable than you will ever truly realize.