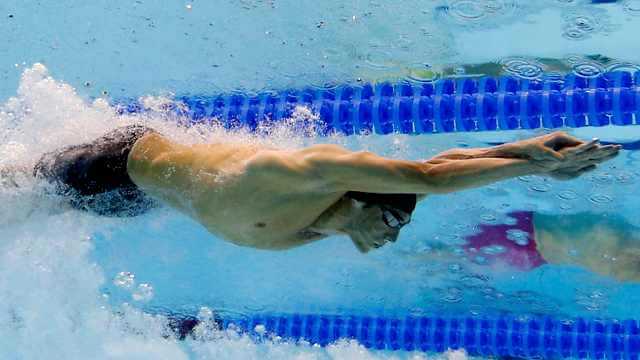 It’s no secret that Michael Phelps has a ridiculous underwater dolphin kick.

He used it with great effectiveness in not only butterfly events, but also in the freestyle and medley events to dominate the world swimming scene for the better part of a decade.

The 200 meter freestyle, in particular, provides a startling example of how advantageous his underwater dolphin kick was.

When Australia’s Ian Thorpe set the world record for the event swimming a 1:44.06 at the 2001 Fukuoka World Championships, the mark was thought to be unbreakable.

But, along came the Baltimore Bullet with his 10-13 meter breakouts, swimming to a 1:43.86 before a stunned crowd in Melbourne at the 2007 World Champs.

“Michael is going 13 meters underwater instead of five,” Bowman told the Washington Post back in 2008 in the lead-up to the Beijing Games. “That was what he did that Thorpe didn’t. Free swimming over 200 meters Thorpe would win handily.”

Being a butterflier Phelps was always working on his underwater work, but it wasn’t until he started incorporating a rigorous vertical kicking regimen into his program between the 2004 Games (where on his final 50 in the 200 be barely broke 10 meters) and the 2008 Games, where he continued to accelerate away from the field off the final turn.

“For me,” Phelps said. “Some of the most effective work in the pool comes with vertical kicking and underwater kicking. It’s painful, but effective.”

In the following video we get a chance to see some of this vertical kick training in action, with Phelps using a weight belt.

From the pool deck Coach Bowman instructs his pupil to–

From watching the video, where Phelps also does some push-offs from the bottom of the pool into an explosive kick, launching himself out of the water, we get a glimpse of his technique, with Phelps extending and completing his kick in front of his body.

Here is the video, enjoy!

Wanna Take Your Underwater Fly Kick to the Next Level?

Download my epic “How to Develop an Awesome Underwater Fly Kick” Guide as a handy checklist (yes, for free), as well as a couple BONUS sets that are specifically designed to help you improve your UDK.

Click on the image below and enter your email address to get instant access to the checklist, sets, and a faster underwater dolphin kick! 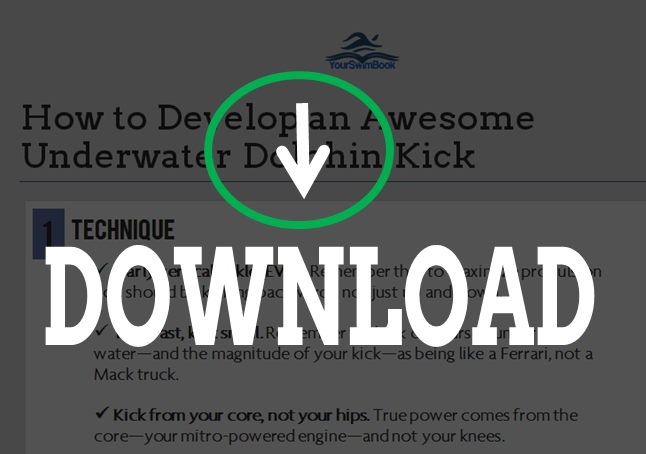