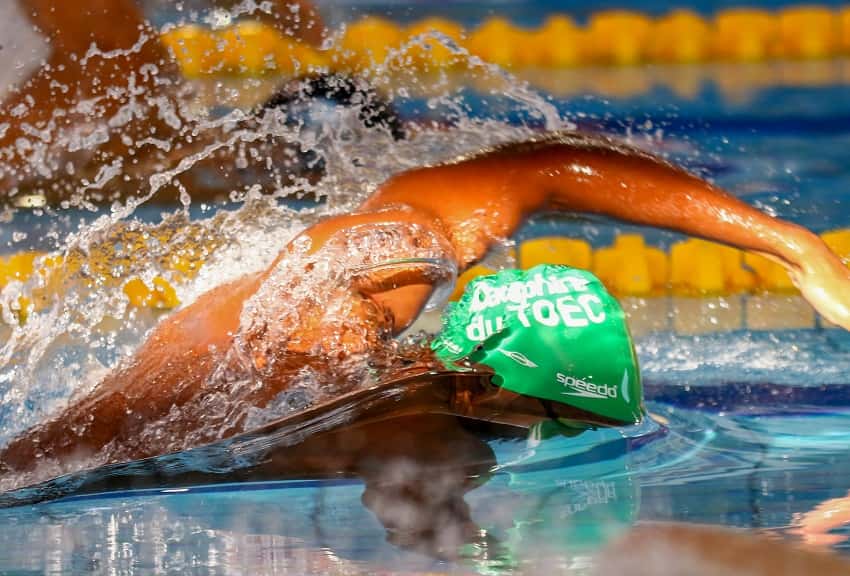 Early morning swim practices are one of the most contentious topics in our sport.

For coaches and programs who use them with their athletes, morning practices usually provide more pool space, added training opportunities, and in my own personal experience, was typically the only time we could get the pool set up long course.

Of course, you don’t have to go very far in looking for reasons not to use them. And not just because getting up at 5:00am is generally sucky for a lot of us.

When a group of Australian swimmers had their sleep tracked during their preparation for the Beijing Olympics, researchers found that the athletes were only getting on average 5.4 hours of sleep when they had a morning practice the next day (compared to over 7 when the following morning was “off”).

But this post isn’t a breakdown of why or why not swimmers should do doubles.

Because according to some space science one of the benefits of a movement and intensity-specific morning workout appears to be that it can help prime you for faster swimming later in the day.

Do morning workouts prime you for a better evening practice?

Over the years I’ve noticed something consistently happen on days where I had a double: no matter how sleep deprived I was, or how hard the morning workout was (within reason, obviously), the PM workout was always faster.

Which, on the surface of things, makes no real sense.

On a lot of those days where I was doing doubles there’d be the morning workout, dryland before the PM practice, and then the night session’s main set. By then my body should be shattered.

Maybe my feel for the water was enhanced by the earlier practice, or maybe the boost in performance in the afternoon came because our bodies operate on a daily rhythm where body temperature and testosterone levels are higher in the afternoon.

Whatever the case, researchers in Australia sought out to see if a morning workout would have any benefit on a time trial performance later in the day.

Here’s what they found.

The effects of a morning workout on PM swim performance

The study was simple enough. They took 13 competitive swimmers (average age of 19 for the boys, 17 for the girls) and had each perform three different workout combos:

The swimmers had a 6-hour window until their PM workout where they did a 1350m warm-up, a couple sprint efforts, and then a 30min break where they used some additional warm-up strategies including dynamic warm-ups and wearing a heated jacket.

After those 30 minutes were up, it was time to get off the blocks for a 100m time trial.

Here’s how the swimmers did compared to the no-workout-in-the-morning condition:

In both cases the swimmers had a higher stroke rate and elevated core temperature (a full degree higher) compared to when they didn’t workout in the morning.

There are some limitations to this research, obviously.

The researchers weren’t looking to see if a full morning workout (by “full” I mean your usual 5,000-6,000m shoulder-deadening session) is worth it, but if some movement-specific priming in the morning would enhance same-day performance (it did). The morning session was tactical—it was designed to boost performance later in the day.

There are some ways you can apply these findings to your own swimming:

H/T to Anthony Preda for starting the conversation on this research.

Practice is Everything: The Mindset Behind Superhero Workouts. If you are serious about accomplishing big things in the pool you need to rethink the way you train. Here is why practice is everything.

The Research Behind the Mindset of Super Champions. Curious to know what separates elite swimmers from the nearly-elite? Some fascinating research finds some key differences in mindset.