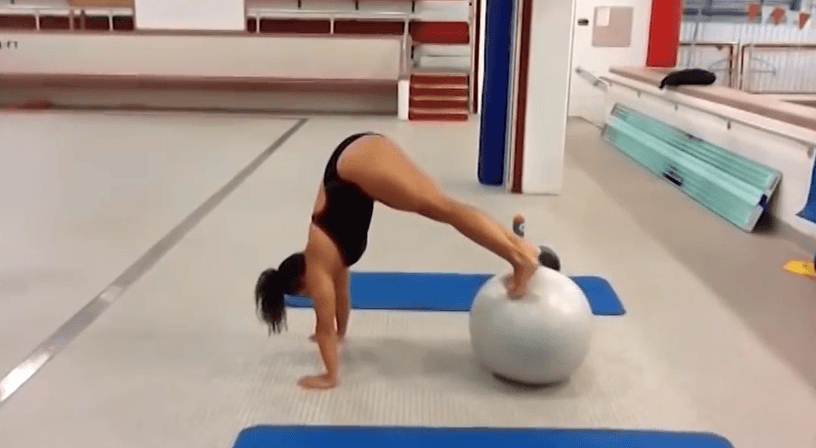 In this video two swimmers from the North Carolina State Swimming & Diving program show off a series of dryland exercises. If you are looking for some new ways to challenge your core and stability muscles there is a metric ton of variations of the tried and true exercises such as the plank, as well as lots of different swiss ball and partner exercises.

The NC State Wolfpack has been coached by Braden Holloway, who himself is a NC State grad (2001) for the past couple years.

SEE ALSO: Why Core Strength Will Make You a Faster Swimmer

At the 2014 NCAA Championships the Wolfpack men (quite possibly the best team name going) the men’s team placed 13th, which was highest among the teams in their conference (the ACC), an improvement on last year’s 15th place finish, and their highest since 1979.

The women placed 16th, also the highest they have placed in over 30 years. Seven of the NC State women were also recognized with First Team and Honorable Mention All-American honors.