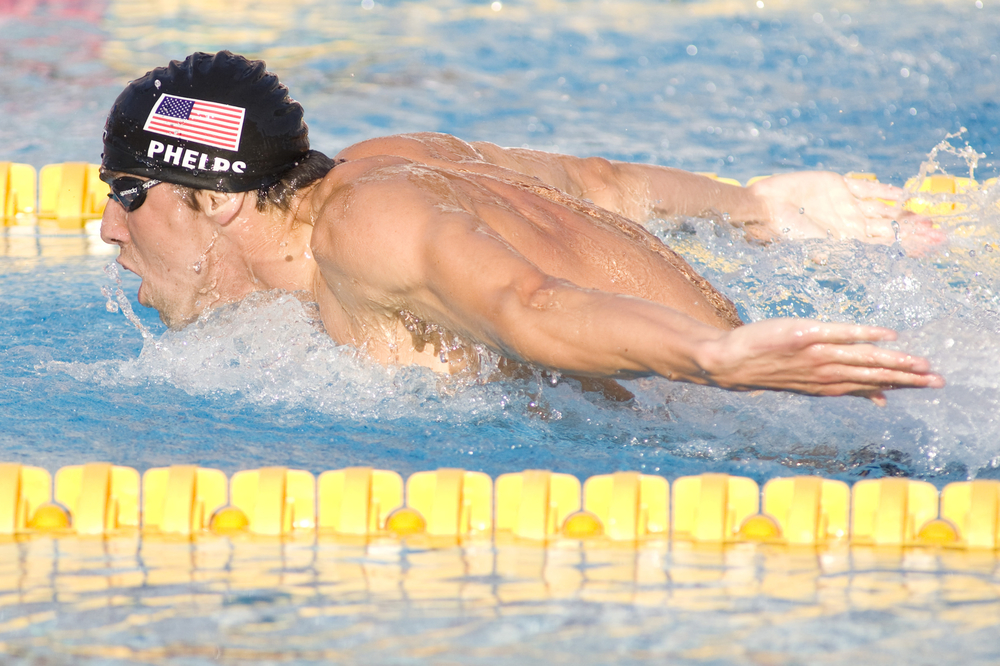 It’s been talked about, speculated and debated for months, and now, it’s been confirmed.

Michael Phelps is back.

Phelps will make the long awaited return to the pool, his first competition since the London 2012 Olympics, at the Arena Grand Prix in Mesa, Arizona. The competition takes place in a couple short weeks, and will also feature other USA Swimming heavyweights including Ryan Lochte, Missy Franklin, and Katie Ledecky.

“We’re looking forward to it,” Bowman told USA Today on Monday. “I think it’ll be great for the sport to have Michael compete again. We really don’t have any expectations for what might happen. We just want to have some fun with it and see how it goes.”

For most serious swimming fans, this announcement was a formality. Now the debate moves on to what events Phelps will focus on moving forward. His signature event, the 200m butterfly — the event that secured him his first Olympic Games appearance in 2000 at the age of 15 — has been dominated by Chad Le Clos over the past couple of years. It will be interesting to see whether he has interest in retreading old events, or looking at trying his hand out at the short stuff.

For now, however, the focus will be on the sprint events as evidenced by Phelps entries in Mesa. Bowman has entered him in both the 100 freestyle and butterfly.

“Those are both on the first day, and he’ll probably try both of those (preliminaries) in the morning, see how it goes, and maybe do one final if he gets to the finals,” Bowman said. “The next day, he’s entered (in the 50 free) and will probably do a 50 butterfly. We don’t know yet.

For essentially everyone involved this is a win-win. Phelps continues to be able to market himself (providing, of course, that he doesn’t turn into the declining and aged athlete competing past his prime. But let’s be honest, Phelps doesn’t strike anyone as such, and is still relatively young), while USA Swimming gets their marquee marketing tool back.

Phelps did more to broaden the appeal of swimming than any “Learn to Swim” program or campaign, and the hype and media mayhem that will roll behind him towards Rio (and beyond?) will only serve to expand the popularity of the sport.

MESA IS GOING TO GO OFF

This meet has turned into the must-see swimming event of the year, with the news of Phelps’ return dwarfing coverage of major national championships that are or were recently taking place from Australia to Canada to France.

Adding to the hype will be Lochte’s first full return to competition. He admitted in Orlando, the last stop on the Arena Grand Prix, that he wasn’t fully healed up and prepared after injuring his knee last fall in a freak accident with a fan.

The Arena Grand Prix kicks off on April 24th, and runs through until the end of the weekend.