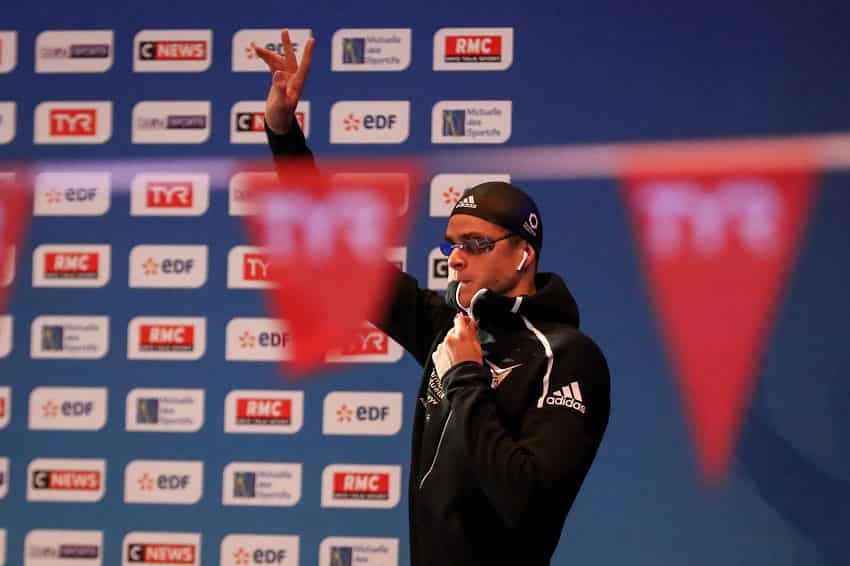 It sounds preposterous: you are scared to swim.

You worry that you won’t beat your personal best time. You are scared that you will be crushed by the swimmer in the next lane. You are worried about the pain that is going to come along with swimming your race.

In essence, this is what pre-race anxiety looks like when we put words to the feelings.

Although we all experience anxiety and stress before competition and soul-breaking main sets at practice, it’s the way that we frame that anxiety that dictates how we respond to it and ultimately, how we end up swimming.

When we have a clear understanding that anxiety in pressure situations is normal, and not something to be feared, anxiety can actually boost motivation and performance.

Anxiety helps you swim faster (as long as you view it that way).

Researchers [1] took a group of over 200 competitive swimmers, both elite and non-elite and surveyed them before a big race. They were asked how anxious they were, what symptoms—both physical and mental—they were experiencing, and most importantly, how they were interpreting the anxiety that was coursing through their chlorinated veins.

Across the board, the physical and mental symptoms of anxiety were the same for all the swimmers before the race. The only real difference between the two groups was that the elite swimmers had a way of phrasing their anxiety as something that was productive.

Anxiety levels were elevated in the swimmers who viewed anxiety as a problem, which crippled performance. If you started getting worried about the fact that you were worried, it made things worse.

Research [2] with other athletes, including rugby, soccer and basketball players, and also with gymnasts [3] have produced similar results: while all athletes more-or-less experience the same physical and mental signs of pre-race nerves, the only difference is in how they perceive their anxiety.

Easier said than done, but when athletes made the decision that the nerves helped them, they performed better.

Your Olympic idols experience stress. They get the butterflies. They have the same waves of nausea and anxiety before big races, too.

Instead of putting a lid on the stress and anxiety, channeling it and reframing it as excitement can help propel you to a swim that matches your preparation.

These studies found that athletes who performed better had a better outlook on the anxiety they were feeling. But it should also be noted that self-confidence was consistently higher in the elite groups.

In other words, high confidence athletes are more likely to perceive pre-race nerves as something that is beneficial to their performance. 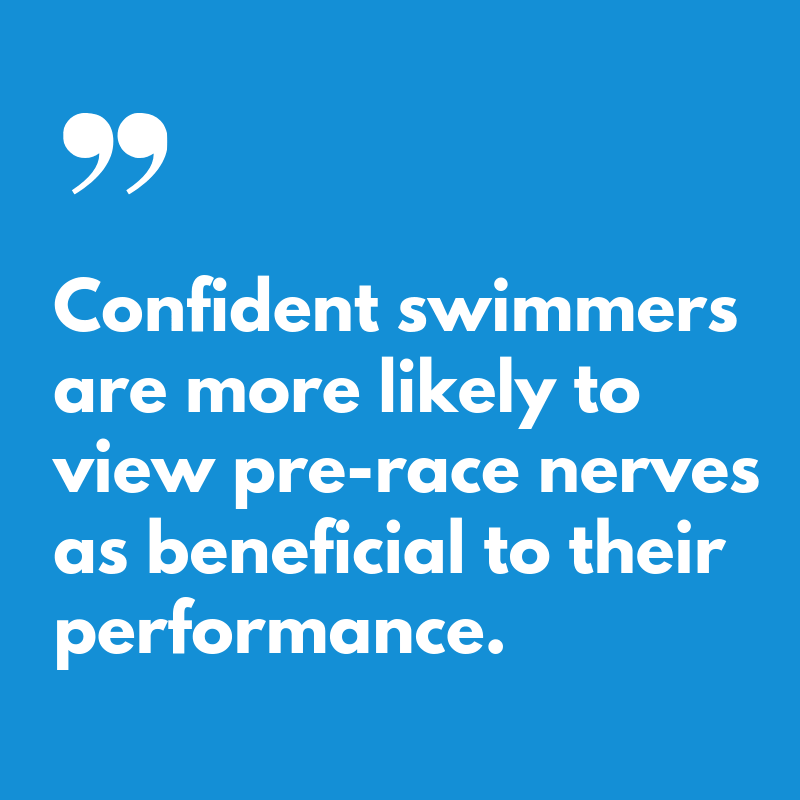 This is key as it could also partly explain the better management of stress. Which should make sense: If you worked really hard, and you are feeling confident about your swimming, you are more likely to not feel threatened by the twangs and feelings of anxiety.

A Simple Way to Calm Pre-Race Anxiety for Swimmers. We all experience varying amounts of anxiety before big races. Here’s a simple tool to help calm and center yourself when it matters most.