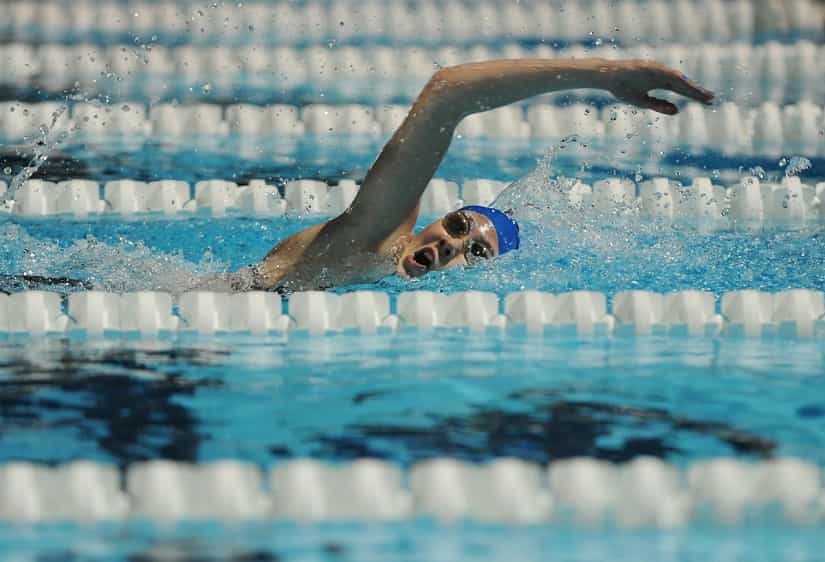 One of the most legendary coaches on the planet stops by with a set for how to improve your kick. Here is ISHOF inductee Randy Reese with some advice on powering up your kicking speed.

Randy Reese is one of the legendary coaches of our time.

His range of accomplishments ranges from the club level all the way to the pinnacle of the sport.

He coached the University of Florida Gators to a series of national championships in the 1980s, earning NCAA Coach of the Year four times, with a combined 700 swimmers earning All-American honors.

Internationally, he has sent 41 different swimmers to the Olympics (that’s not a typo!). His athletes cleaned up with 18 Olympic golds, and have set 16 world records on his way to being inducted into the International Swimming Hall of Fame.

These days he is Director of Aquatics of the Clearwater Aquatic Team in Clearwater, Florida.

His philosophy on how to improve your kick is pretty simple—kick at full blown intensity or don’t kick at all. Short, intense, and to the point.

Here is one of his sample sets that he uses with his swimmers.

How to Kick Faster with Randy Reese

Take the best average and then:

“The kick set is the first major set I do immediately after warm-up, three days a week,” says Coach Reese.

Three other days of kicking per week would include:

A big thank you to Coach Reese for sharing this kick set with us. You can stay up to date with Reese and the swimmers at the Clearwater Aquatic Team online or by following them on Twitter.

How to Improve Your Kick with the Mesa Aquatic Club. Head coach Paul Smith shares a kick set and kicking drill that he uses with his athletes to improve leg power and endurance.

How to Develop an Unstoppable Freestyle Kick. Everything you wanted to know about improving your freestyle kick.

The Swimmer’s Ultimate Guide to the Underwater Dolphin Kick. In our flagship guide we tap former Olympians, world renown coaches, and biomechanists on how to master the fifth stroke.