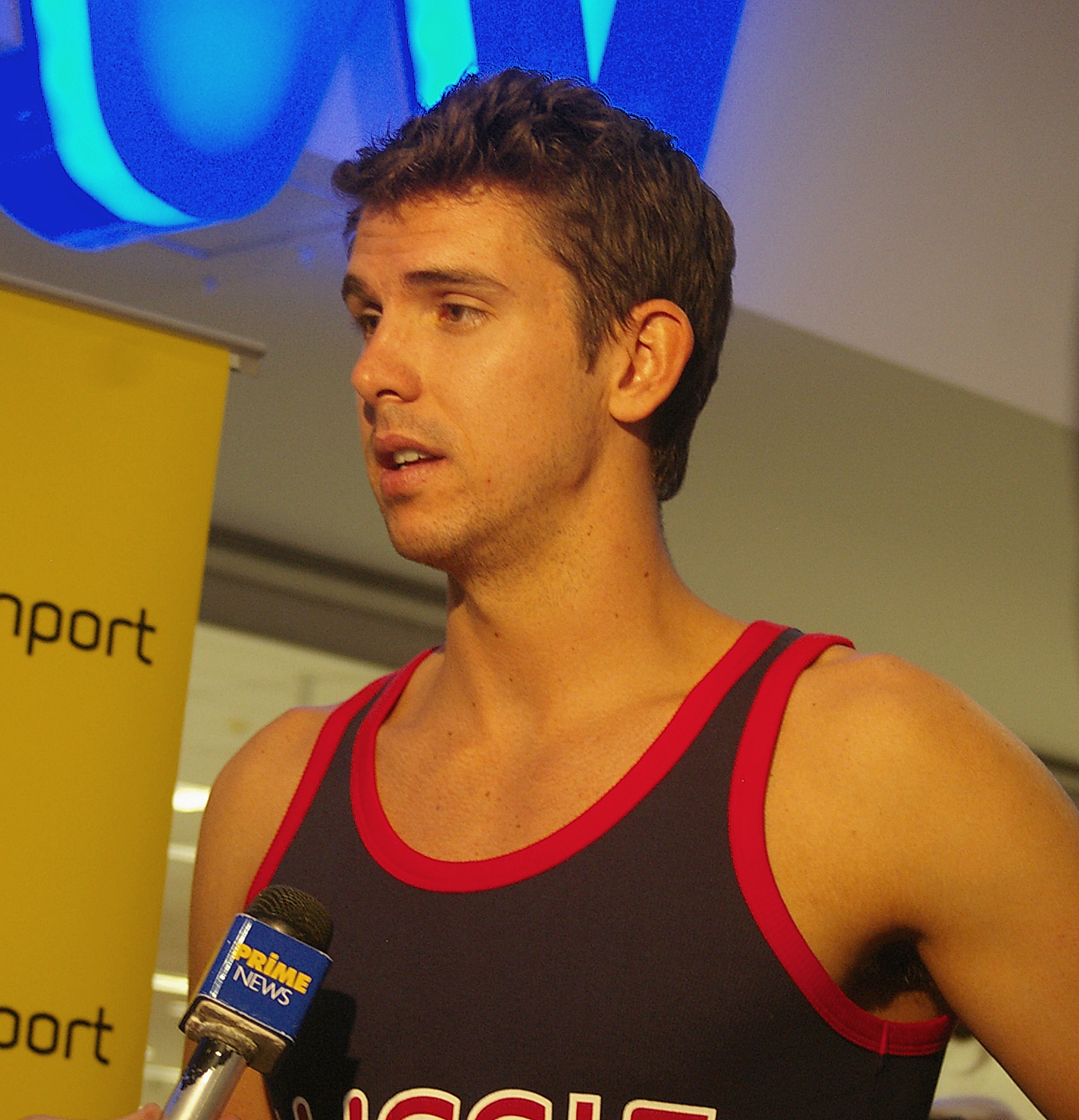 Three months ago Eamon Sullivan had all but made his mind up about walking away from the pool. Deciding to engage his passion for food – he owns a restaurant in Perth and won Australia’s inaugural season of Celebrity MasterChef – Sullivan had figured that he’d accomplished all he’d wanted in the sport.

But, as happens with many elite athletes, the allure of the pool became too much to bear, and with a quick bout of training Sullivan showed up at the Australian Trials in Brisbane last week and surprised his Australian bretheren by hammering out a 21.90 in the 50 freestyle, securing him a spot on the Commonwealth Games team that is going to Glasgow, Scotland this summer.

For Sullivan, a former world record holder in both the 50m and 100m freestyle, the past two years have not been without struggle. Years of training had taken a heavy toll, resulting in two shoulder surgeries – and a third upcoming. And then there was the media sideshow resulting from the Stilnox scandal.

In Australia, where swimming is one of the prized sports where athletes are household names, the story of the six male swimmers who admitted to taking sleeping pills and prank calling teammates during the staging camp for the London Games caused widespread headlines.

Investigations were held, apologies were issued, and team morale during the Games was so bad that Magnussen, favorite to win the 100m freestyle, was jeered by teammates when he lost to American Nathan Adrian in the final.

The performance of the Australian swimmers was extensively studied and reviewed after their worst Olympic performance in two decades.  Blame had to be found, and the “Stilnox Six” became representative for a lacklustre performance and a “toxic culture” that permeated the Aussie team in London.  (Sullivan, for his part, actually had a prescription for the sleeping aid.)

The combination of physical wear-and-tear and the media blitz could have been an easy ticket out for the 28 year old, who has three Olympic medals to his name (2 silver, 1 bronze), a couple World Championships medals, and was once the fastest man on the planet. He has been able to parlay his swimming success and resulting celebrity status to pursue his other passions.

But once the spotlight had dimmed, and he had some time to sit back and think about his career, he began to realize that he wasn’t ready to leave the sport.

“I definitely felt like I had unfinished business back in the pool and I am probably more focusing on the 50,” said Sullivan during Trials. “I think the changeover is starting to happen now so it’s exciting time for the young guys and I’m just hoping I can hang on for another couple of years and get to another Olympics, and I’ll be able to retire a happy man.”

With renewed focus Sullivan has an eye on Rio in 2016, and is confidant that he can return to his world record breaking of form of 2008-2009. Following his performance in Brisbane last week, Sullivan said, “I’m just happy to be here and get back into the system. That was the goal coming in here. Just to post some times to make some [teams] and to get back into some racing and start the process towards Rio.”