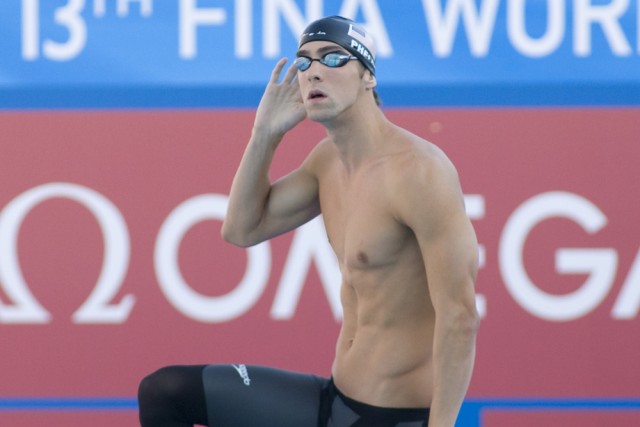 Swimmers at St. Petersburg, Florida’s North Shore Aquatic Center were in for a little treat last week as the North Baltimore Aquatic Club came down for a brief training camp at the facility. The pool, which features an outdoor 50m tank as well as a 25 yard tank, is a well-traveled winter break spot for teams from the eastern seaboard and the mid-west looking to beat the frigid temperatures at this time of year. A college team similarly down for a training camp were more than a little shocked to see that just a couple lanes over was swimming the greatest swimmer of all time.

Most notable — and suggestive, especially given Phelps’ evasiveness when asked if he plans to make a full come-back or not — is that the NBAC caps the squad are wearing all have the words “Rio 2016” emblazoned on the side of them.

Here is the video– 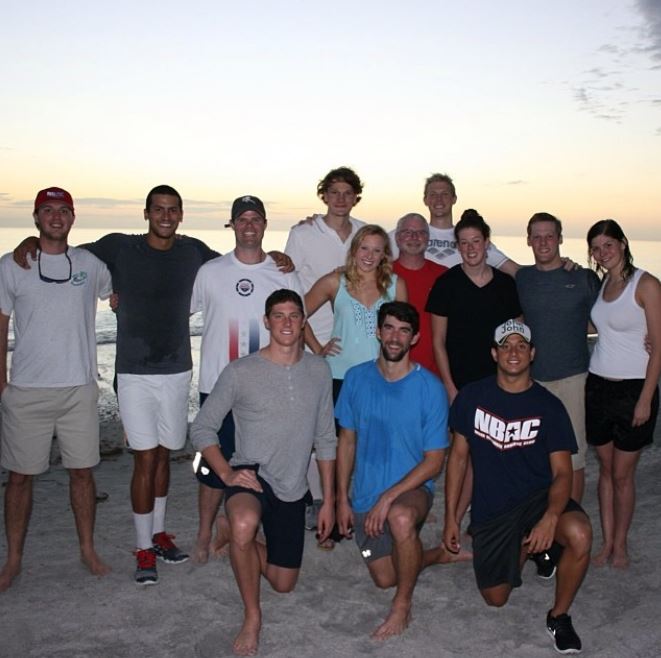