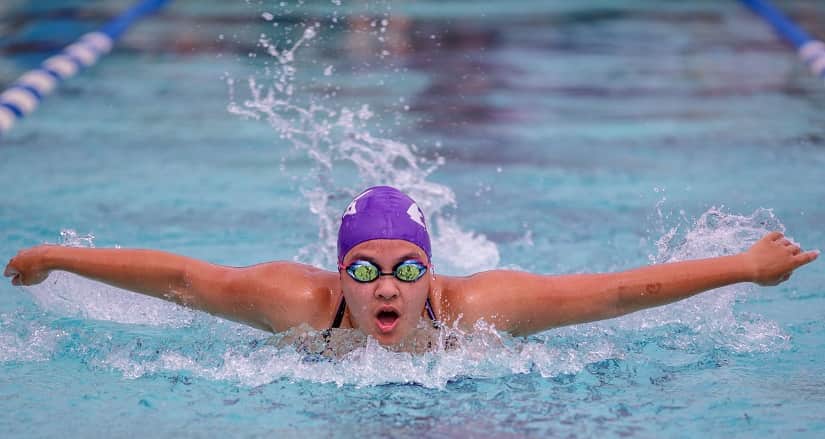 Why do swimmers attend in-season meets? Here’s a primer for swim parents on what they should actually be expecting from their swimmers at these type of meets.

The in-season meet can be a bit of a head-scratcher for parents who are new to the sport: “You want my kid to go to a meet, and almost certainly swim slower than their best times? Henh?”

In-season meets serve a purpose. A few actually. Best times, however, usually aren’t one of them.

That being said, PBs can happen from time-to-time in the low-pressure environment of an in-season meet. It’s usually because it’s an off-event, or as is the case with younger swimmers, they are blasting through skill acquisition and a growth spurt so quickly that best times are happening left, right and center.

Swim parents need to understand that for age groupers, and particularly older teenagers, in-season meets aren’t accurate barometers of how their swimming is actually going.

If best times aren’t the goal, why are swimmers getting shipped off to meets where they aren’t expected to swim exceptionally fast? 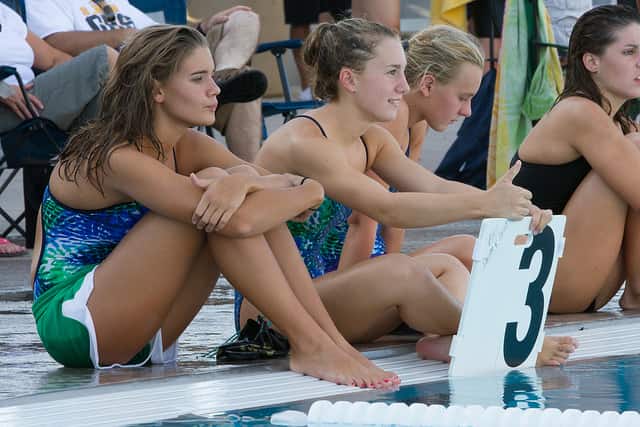 You pick up racing experience. Swimming fast in practice and swimming fast in competition are two wholly different things. No one understands this more than the “practice swimmer”—the athlete who can crush it in swim practice but can never seem to put it together at race time. Being able to perform in competition requires experience getting up on the blocks, in the same format and type of environment as the big meet later in the year, and building an inventory of race reps.

You learn to race when you are tired. The championship meets mean being fully rested, shaved, and strapping on one of those expensive tech suits. Mentally you are also usually ready to race. In-season meets are a chance to build some mental toughness and learn how to perform when you aren’t rested and when you aren’t floating across the pool deck after a lengthy swim taper. Knowing that you can still drop a fast time on short rest gives you the mental edge to know that if circumstances aren’t perfect at the more important meets, you can still stand up and fly off the blocks.

You break up the training cycle. The swim season is a doozie. You don’t need me to tell you that. With seasons starting in the late summer and early fall, and usually not wrapping up till almost a year later, it can start to drag. In-season meets break up the year, and help organize the season around little cycles of training, finally culminating in the championship meet at the end of the year.

It’s a different form of practice. Even pacing a 400? Negative splitting a 100? Testing out how many dolphin kicks to do off each wall? These are all things you are honing in practice, and yes, in-season meets are essentially “practice.” You are not only building racing experience, but testing and honing strategies and tactics as well.

You get to race your off-events. For us sprinters this usually meant having to swim the mile or the 400m IM. So in that sense, kind of a curse. But getting to pretend to be a breaststroker for a day is fun. You and your coach wouldn’t dare load up your racing schedule at the championship meet lest you sacrifice your supercharger for your best events, but at the in-season meets you get to see what you can do in your non-best events.

You get to have some fun. Swim meets, particularly the low-pressure ones, are typically quite fun. You get to race without putting the whole season on the line, you get to see your friends from other teams, and do something a little different from training. Plus, sometimes it means a road trip. Woopwoop!

12 Things You Learn Becoming a Swim Parent. The swim parent lifestyle is a unique and soggy one. Here are just some of the things you pick up along the way.

The Swim Meet Warm-Up: How to Swim Fast When It Matters Most. How much should you be doing? When should you do it? Here’s what ya need to know about crushing it the next time you step on the blocks.