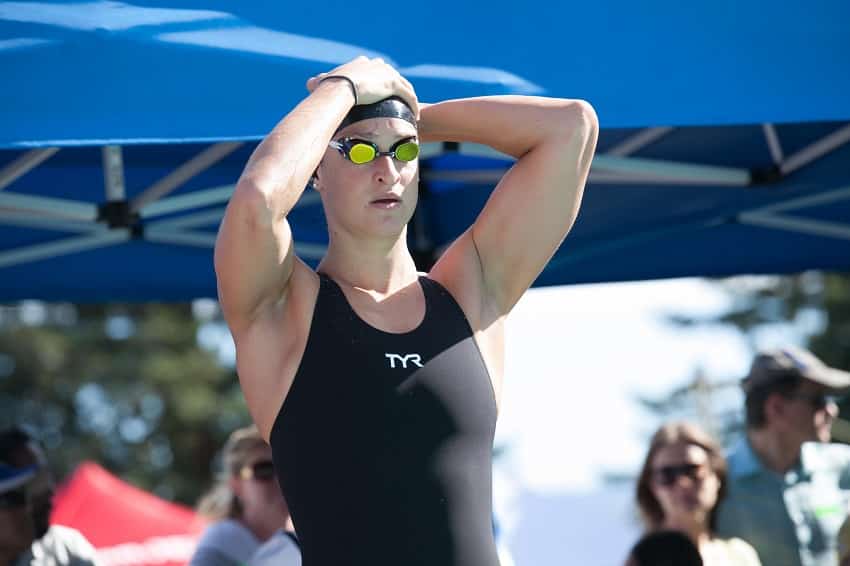 As a swim parent who wants the best for their little swammer you know that it can be very difficult walking the fine line between being too involved and being too aloof with your kiddo’s performance.

For young swimmers who are get particularly excited or over-anxious it is helpful to understand that part of the reason they are feeling this way has to do with how anxious the parents are before competition.

As it turns out, the stress and anxiety we feel about our swimmer’s performance trickles down into how stressed and anxious they are.

Research performed at Ithaca College sought out to see just how much of an effect there was. The researchers worked with a group of youth athletes, ranging from 6 to 18, in a few different individual sports, including swimming.

The day before a big competition the athletes and the parents were both given questionnaires to see how both expected the athlete to perform, and how they were feeling in regards to the upcoming meet.

If you have been around these parts, and read through either this guide on swim parenting or this research on the mindsets of elite athletes, the results won’t be too surprising:

Winning might be everything—as the quote goes, but the expectation of it doesn’t help athletes get any closer to achieving it. Focusing exclusively on winning creates an environment where the young swimmer is physically less likely to make it happen.

“You might think that’s a really positive thing for the child, but that’s creating a lot of worry [for the kid] as well. I don’t think parents are necessarily thinking about that kind of thing,” says Miranda Kaye, study co-author and professor in the Department of Exercise and Sport Sciences at Ithaca College.

Swim parenting is no joke—you don’t need me to tell you that. Between fundraising, the costs of a full season of training, and the marathon swim meets, it can be tempting to begin to feel like the seemingly never-ending sacrifice should be considered an investment.

As a result you might feel yourself putting more emphasis on winning in order to see a return.

But if you want the best for your child, the research continues to show that a relaxed, hands-off, let-the-kid-own-the-sport is best for creating an environment where they will not only have more fun, but also excel both in the short and long term.

12 Things Your Learn Becoming a Swim Parent. A look on the lighter side of the evolution and lifestyle of a swim parent.

7 Things Swimming Will Teach You About Life. Swimming does more than just give us washboard abs. It is also a proving ground for the rest of our life.