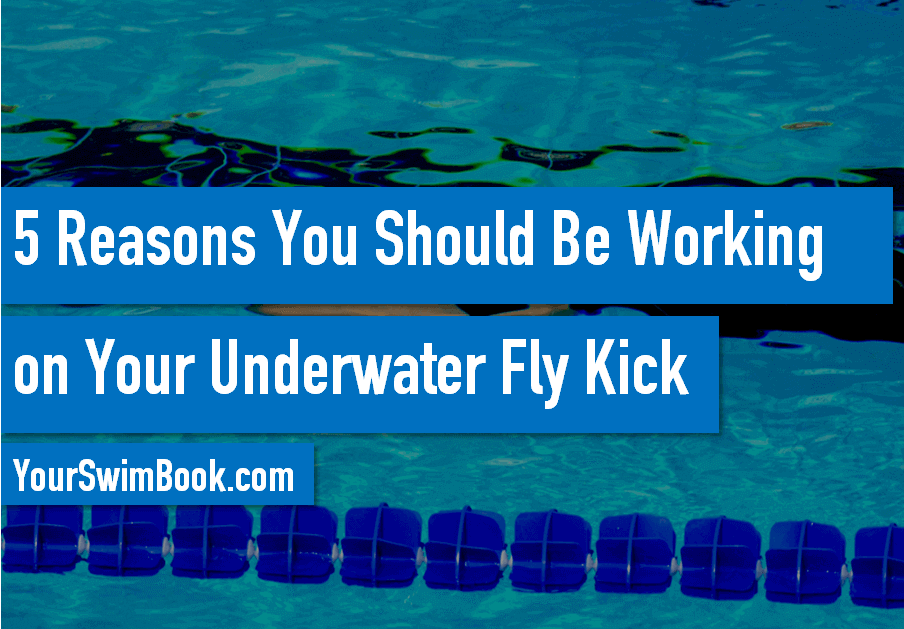 If you’ve seen top level swimmers live, you know just how extraordinarily powerful they can kick underwater. Swimmers like Michael Phelps, Florent Manaudou, and Tom Shields perform the undulating dolphin kick so fluidly and powerfully that it seems superhuman.

Trying to mimic their grace and power can leave us feeling more like a salmon in its death throes than the dolphin for which the kick is named after.

But before you toss the notion of improving your dolphin kick out the window, and as something that is reserved for people who seem gifted with powerhouse UDK, consider these reasons for why you should strap on some extra time in the water bettering it:

1. The underwater dolphin kick and breakout can make up as much as 30% of your race.

You don’t need to be a space scientist to understand how vital your push offs and breakouts are in a short course format, whether it is meters or yards.

When you consider that in a short course race up to 30% of your race can be done performing UDK it becomes apparent many races are being won off the walls and under the water.

Even for more taxing races such as the 200m butterfly or the 400IM we are seeing swimmers break out further and further out, and even the top sprinters in the world– Cesar Cielo, Manaudou, and Roland Schoeman to name a few– kick out to the maximum distance allowed in the fastest event on the Olympic program, the 50m freestyle.

2. Your breakouts are the moments you are going fastest in the water.

Here is an interesting way to think about your swimming: when you are diving or pushing off, you are going the fastest you ever will in the water.

From the time you push off until your next wall you are slowing down, doing everything you can to maintain that precious speed that comes from diving or exploding off the walls.

Having a powerful underwater dolphin kick means holding onto that precious velocity just a little bit longer, and when our races come down to precious hundredths or tenths of a second every little bit of speed matters.

3. It can help make up for a less than awesome swim speed.

Phelps’ coach, Bob Bowman, acknowledged as much, admitting that if it came down to straight swimming speed Thorpe would have had Phelps beat.

Having a powerful UDK can help close the gap with a weak or slower above-water swimming speed.

Most swimmers drag their legs behind them like a tugboat tows a barge. Every once in a while you might get a kick here and there, but for the most part, they dangle back there doing little more than perform a one-beat kick that acts more for stability and balance than propulsion.

Doing consistent bouts of work on your UDK will transfer well into your flutter kick (and your fly kick while doing butterfly, obviously), so don’t discount it as a tool to improve your overall swimming kick speed.

5. It teaches you the importance of reducing drag.

One of my favorite things to do is strap on fins and go full blown ballistic under the water. Even with the fins on you can really hammer down on the kick and pick up some serious velocity.

But you quickly realize something that applies across everything else you do in the water: you might be able to get a lot of power with those big, sweeping kicks, but you are also stirring up a whole lot of drag.

Transfer this focus on reducing drag to the rest of your swimming, and you will find yourself swimming more efficiently than ever.