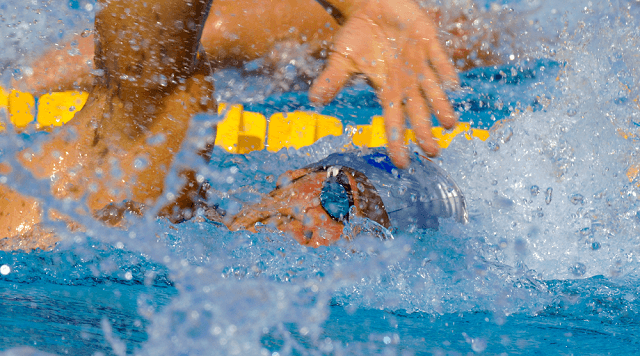 They make it look so easy. So simple. Like you could just reach out and with your fingertips graze the stars.

Any time swimming makes one of its few and far between appearances on television, along with it appears the glossy, over produced bios of our sport’s top athletes. The vignettes where we learn more about how the swimmer came up, their family, and how they were always destined to be champions.

What these features generally do not show is the grind. The struggle. The frequent doubt and second-guessing that comes with chasing down greatness. They forget to show that for each of these athletes, all the way up to Michael Phelps, they were subject to the same difficulties that befall the rest of us.

Whatever your goals, here are six common pitfalls that swimmers fall into while chasing their own version of swimming success:

There are a heap of reasons why so many swimmers don’t dream big enough. People they trust or who are in authority positions have derided their ambitions. They feel that their surroundings (pool, coach, team, etc) aren’t in line with their goals. The paralysing thought of a failure as grand as your ambitions.

Whatever the case may be for you, at the end of the day clear your mind and ask yourself with complete sincerity: Why not you? Why not now?

You’re a master of goal setting, outlining elaborate, beautifully detailed goals. You go so far as to construct a carefully thought out goal plan, listing all of the things you need to do to achieve said goal. You write out the goal, create a list of affirmations, even go out and buy a log book as well as an app so that you can track, measure and analyze your progress.

You do everything except acting on it. For some that first step is such an overwhelming commitment that it terrifies them from taking it. Combat this by making it small, non-newsworthy, and something you can do with complete immediacy. (No waiting!)

3. You’re dependent on talent for swimming success instead of hard work.

We have all swum against kids who were designated as mega-talents. They appeared to have the sport on a string. The most striking examples of these are the kids who have the early growth spurt in addition to an easy knack for the sport.

Talent and size will only take you so far. Janet Evans, legendary American distance swimmer from the late 1980’s and early 1990’s is a perfect example. A shade over five feet, she had an unconventional stroke, but otherworldly work ethic, routinely crushing 10,000m workouts.

Don’t fall for the trap of believing that talent or genetics will get you to the next level.

4. You are expecting instant results.

I know how frustrating it can be when things don’t fall into place quickly enough or as quickly as you planned they would. It’s all the more infuriating when you did everything properly; your nutrition was spot-on, you attended every practice, you even devoted an extra fifteen minutes after each workout to do bonus core work. And yet, you still aren’t seeing results fast enough.

Your first instinct will be to throw in the towel. After all, the process isn’t working, right? Wrong. The process is working. You are improving; and success in the pool is never an overnight deal. Keep hammering at it, and realize that even though results aren’t piling up as quickly as you’d like, you are still improving.

5. Not trusting the process.

Similar to how we seek instant results, our head starts to cook up all sorts of negative stuff when we view things as not going as anticipated. We imagine that our natural speed has capped out. That we aren’t built to swim fast. That we aren’t deserving to swim at an elite level.

When these thoughts happen we tend to look for a way out, and this generally uncludes switching tack mid-course. Bailing pre-maturely doesn’t allow you the opportunity to allow the process to run its course, which means you will never know whether you would have succeeded had you stayed on track.

Understand that doubt is inevitable in moments of struggle, but don’t allow panic to derail your plan.

6. Comparing yourself to others.

I still do this on occasion, and I want to punch myself in the face each time I do because it’s utterly pointless to compare, measure and stack and serves nothing.

Stop comparing yourself and your swimming to those around you. Your swimming is completely and unequivocally yours. The splits the kid in the lane next to you might seem other worldly, but don’t let them discourage you.

Rather, follow your own path, direct all your energy inwards to improve every facet of your swimming you can, and ignore the sideshow.