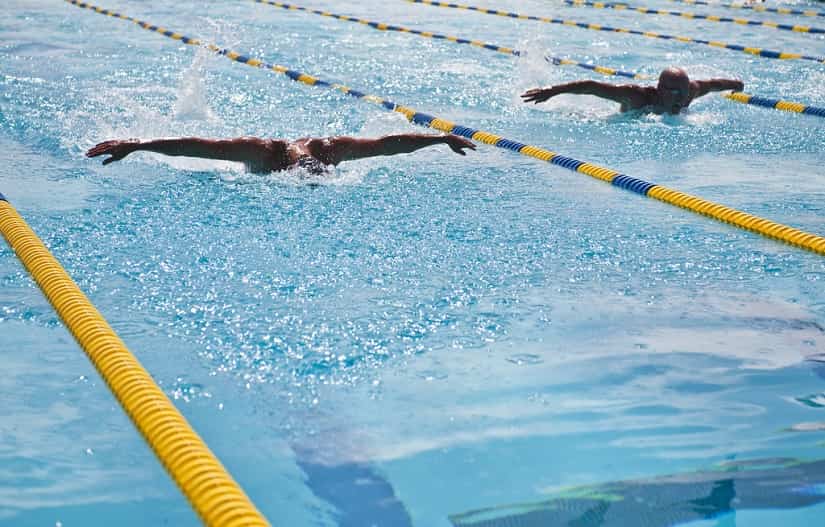 If you want to be mentally tougher, start out by defining what mental toughness is for you. Here’s how.

You hear it so often from coaches, swimmers, announcers, and amateurish swim bloggers (hey, that’s me!) that you almost become tone-deaf to its importance.

Kind of like how you become nose-blind to the smell of chlorine after a while. (Could also be that the chlorine is slowly deadening your smelling apparatus and you have given up on the idea that you will ever fully be able to get chlorine out of your hair. But let’s move on from that thought for now.)

But because mental toughness is such a vague concept, and so head-scratchingly difficult to measure, you don’t even know where you would begin.

One of the problems with increasing mental toughness is that it’s hard to measure.

It’s a moving target unless we are able to affix some sort of quantifiable variable to it. It’s not something you can look at with complete, quantifiable certainty and say, “Your mental toughness is presently at a 6.34 out of 10, sir! Let’s get that up to a soft 8 or at least a hard 7, okay there, broski?”

It’s not like a stroke rate. Or an interval. Or the amount of meters you did last week. It’s a completely subjective rating. 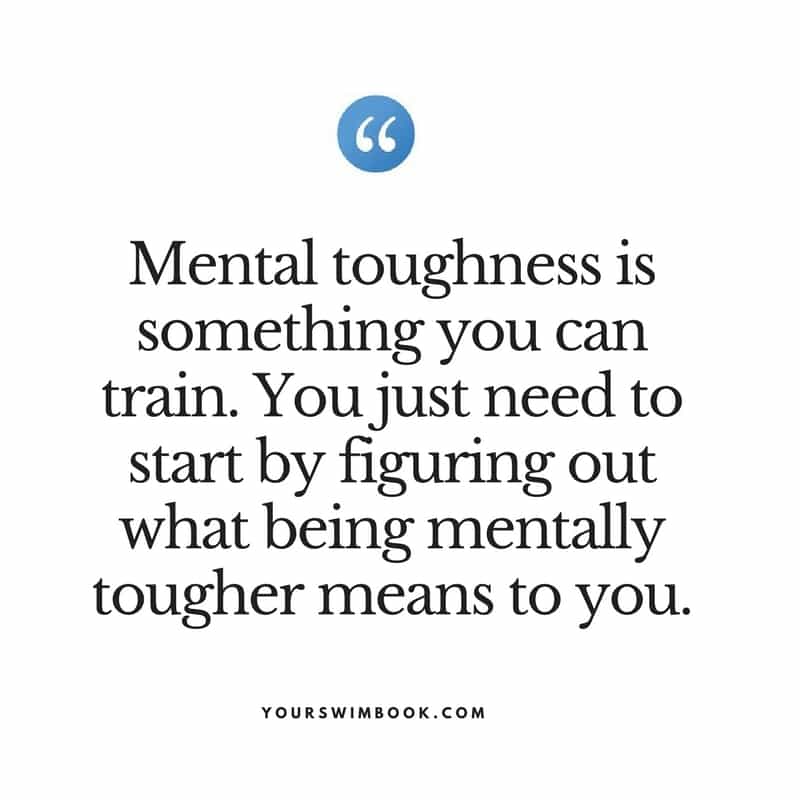 Compounding things further is that mental toughness is a sliding scale; what may be mentally tough for one swimmer is easey peasey for another.

While you may think swimming a 5k straight descending the 1000s is another day at the office, for someone else that represents a task of Herculean and wildly un-interesting proportions.

See Also: Hey Coach: Should I Track My Workouts?

With no template or universal scale for assessing mental toughness, where do we even begin on trying to figure out how to increase and strengthen it? Especially as we know that resilience, grit, fortitude—whatever we are calling it this week—is one of the determining characteristics of successful individuals in the water?

Here’s a way that you can figure out what mental toughness means for you…and what you can do to in order to toughen up your brain so that it’s leathery like your grandpa’s catcher’s mitt.

Where do you fall apart mentally?

I will freely admit right off the red top that this exercise is going to be a little humbling—no one likes to have to admit that they aren’t as awesome as they tell themselves they are. But self-awareness is the jefe when it comes to improvement.

If it’s hyper-improvement you want—and yes, you want it—than let’s get down on some self-honesty.

Be real with yourself, man.

The point of this exercise isn’t to make you feel crappy about yourself. It’s to give you a trampoline from which to bound off of like LeBron James with two hundred Pogo sticks taped to his ankles into being a better, tougher swimmer.

See Also: The Research Behind the Mindset of Super Champions

After all, the goal isn’t necessarily mental toughness for the sake of being mentally tough. We are simply using MT as a tool to get more from ourselves in training and competition so that we can make the most of our abilities. In other words, crush the competition and destroy our best times. There, I said it.

Let’s get down on it.

What are the top 3 things that I struggle with the most mentally in practice?

In other words, what are the circumstances where my performance sinks to the bottom of the pool faster than a weight belt?

Do I give up prematurely on the main sets? Does my self-talk stink when things aren’t going my way? Do I find myself resisting stroke and technique corrections? Am I making excuses for myself before I even get in the water before a hard workout?

Seriously. List the top moments where things unravel for you in practice. These are going to be your opportunities to overcome and prove to yourself that you ain’t no chlorinated scaredy cat.

The more specific the better.

The more specific and the more measurable, the clearer your attempts at being mentally tougher will become.

You will have tangible, objective things to work on, instead of hoping and wishing that today will be the day you are suddenly infused with a high octane shot of mental fortitude.

Figuring out where things unravel for you is the first step. 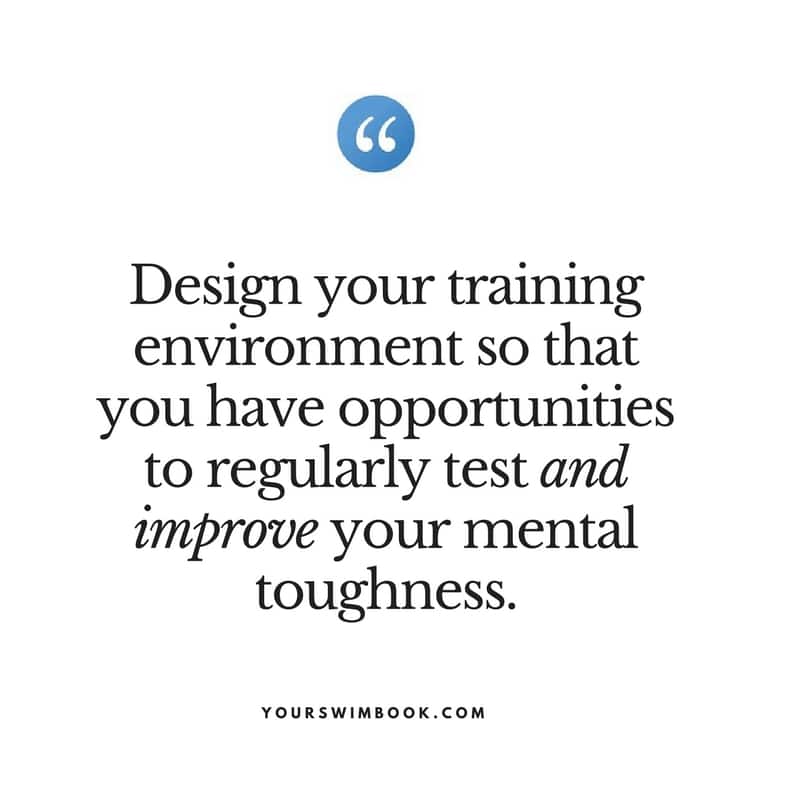 Habituating yourself by placing yourself in those situations so that you give yourself a chance to overcome them and develop some free-range, wholly legitimate mental toughness (with a steaming side of self-confidence).

Write down the situation in practice that will recreate the moments where things fall apart for you mentally.

Defining and confronting these moments head-on will give you that toughness and confidence that you can overcome difficult stuff, while also supercharging your efforts in the water, giving you better results, faster.

3 Ways to Stay Focused and Calm Behind the Blocks. The way we experience anxiety and how focused we are behind the blocks has real effects on our performance in the water. Here’s three things you can do to stay focused and control your anxiety levels.

6 Benefits of Mental Training for Swimmers. Not sold on the benefits of improving your mindset? Here are just some of the reasons to give it a look.

The Power of Journaling for Swimmers. Want better workouts? A bullet-proof race plan? Less anxiety behind the blocks? Yup—the simple act of journaling can help. Big time. Here’s how.