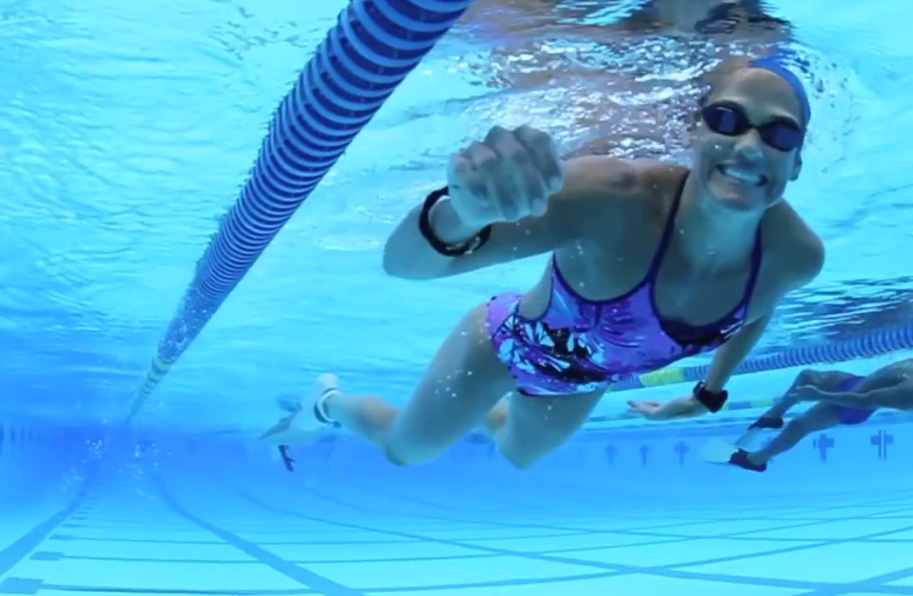 At the age of 41 Dara Torres made history in about 18 different ways when she represented the United States for an unbelievable 5th Olympiad.

Her first Olympics was the 1984 Los Angeles Games, 24 years prior, where she earned a gold medal swimming as part of the women’s 4x100m freestyle, a squad that also included American swimming legends Nancy Hogshead and Mary Wayte.

During the 1980’s she trained with legendary coach Mark Schubert – who also coached Janet Evans during the 1980’s and during her own comeback in 2011-2012 – at Mission Viejo. After ’84 she went on to win a couple more medals at Seoul Olympics, and getting another gold medal in the 4x100m freestyle relay at the 1992 Barcelona Olympics.

Torres retired from the sport following the 1992 Olympics, but made a comeback in time to qualify for the 2000 Sydney Games, where she would have her best Olympic performance to date, winning 5 medals, including bronze medals in three individual events (50 free, 100 free, and 100 butterfly, which she tied with fellow legendary American sprinter Jenny Thompson). Although she was easily the oldest team member at the spry old age of 33 years, she won more medals than any other swimmer the U.S. sent to Sydney.

In 2008, Torres made her last successful run at qualifying for the Olympics, making the squad that went to Beijing. She would not only become the first woman in the history of the Games to compete beyond the age of 40, but she would anchor the silver-medal winning 4×100 free relay, swim the fastest 100m freestyle split in history in the 4x100m medley (52.27), and also win silver in the 50m freestyle in American record time, just 1/100th of a second behind Germany’s Britta Steffen.

In the following three videos, produced by the Chocolate Milk collective, we get a glimpse into the day to day life of an elite swimmer. Torres, unlike many of her contemporaries, has the added challenge of caring for her young daughter on top of her training duties.