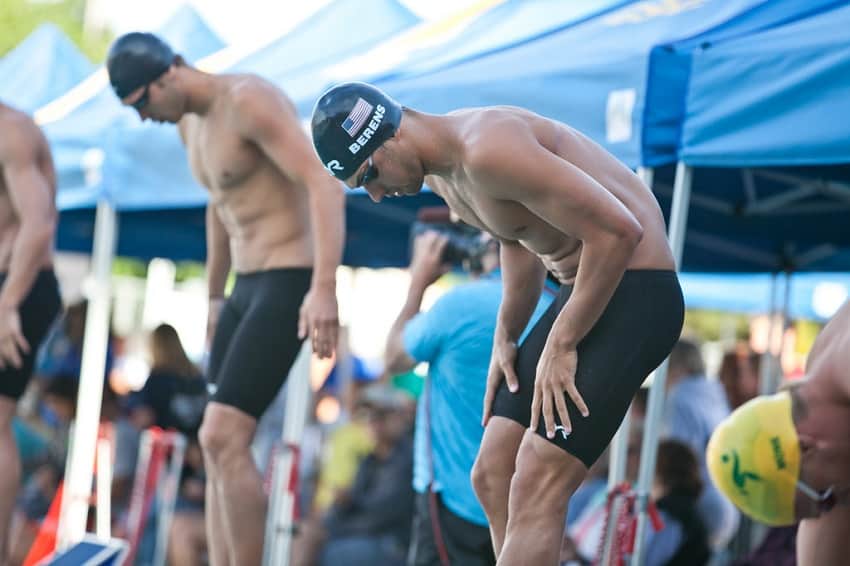 Here are 5 of the most common myths that continue to be perpetuated on deck and in the stands at your local swim pool.

Despite all of the information out there are a heap of myths that continue to stubbornly abound on local pool decks.

There are still a few from my childhood that linger in the back of my mind; that sharks were kept in the deep end of the pool at nighttime, for starters*.

In more seriousness, while there will always be debate about best training methodologies, technique and so on, here are 5 common myths that competitive swimmers of varying ability have about our sport:

“I have to lift weights to be a fast swimmer.”

American freestyler Nathan Adrian is an absolute monster in the gym. He maxed out the dumbbells in the Cal weight room doing bench press (2x160lbs). Ryan Lochte and his strongman training provides another example of someone who can absolutely kill it in the water and then go on to do superhuman feats outside of it too.

But lifting weights isn’t a necessity for being a fast swimmer.

Kieren Perkins, Australian distance legend who held world records in the 400, 800 and 1500m freestyles, never touched a weight during his peak years. His dryland consisted of stretch chords and a stretching program. That’s it.

Too often strength programs are put into place without strategic objectives for the athlete in the water, and as such can be counter-productive when not designed properly. 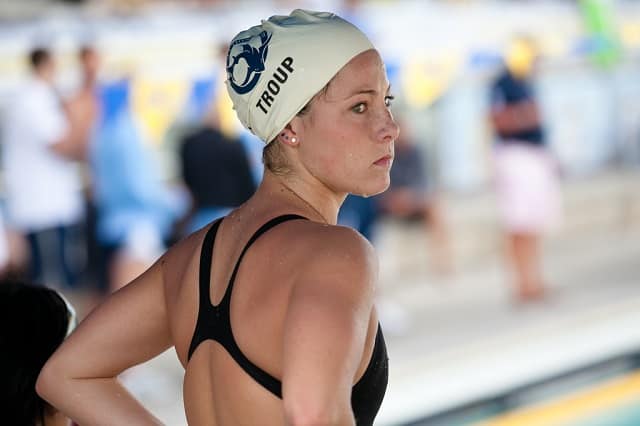 “As long as I work hard I will swim fast.”

For those who used to watch freestyle legend Alexander Popov train back in the day they might be forgiven for be confused. The Russian would swim long, slow reps of sometimes up to 5,000m straight with what looked like a completely pedestrian effort.

Never was there a harried or rushed stroke. It was always done slowly, methodically and without effort. What Popov was doing at the time was playing around with his stroke, trying to find the most efficient hand placement possible.

Swimming is overwhelmingly technique-based. It’s why you can watch the strongest guy you know, throw him in the water and he’ll quasi-drown in his attempt to swim fast.

Working hard isn’t just tensing up your muscles, going tomato-faced and swimming until your arms fall off. It’s also about swimming with intention and focus.

It’s about finding ways to swim fast without having to work hard.

“Technique stops making a difference when I get older.”

When we are youngsters there is a lot of focus and emphasis on technique. After all, we are learning to swim and need to learn everything from scratch. As we progress through the age group ranks the focus moves into conditioning, with the meters and yardage piling up, and technical instruction being moved to the side.

But focused technique work should continue to be an integral part of our training as we get older, especially to limit the bad habits we accrue over the course of thousands of miles of training.

After video analysis and review was performed with a group of nationally ranked athletes in the US the swimmers drastically decreased the drag they were producing, going to show that even very experienced athletes can continue to improve and refine their stroke (Havriluk, 2016).

In another study of over 500 age group swimmers they found that the fastest swimmers—across all age groups—were the ones who produced the least drag.

Whether you are 9 or 16 the findings showed that technique was the most effective determinant of swim speed in the water (another good reminder of why weights aren’t a deal breaker), and goes to show that technical instruction should remain a corner-stone of any successful swimmer’s program.

Every so often dolphin kicking underwater pops back up into swimming consciousness.

It did so during the 1988 Seoul Olympics when David Berkoff and Daichi Suzuki swam over half the 100m backstroke finals underwater.

Again with Denis Pankratov and Misty Hyman who used the “submarine kick” to dominate fly events during the 1990’s.

Michael Phelps made it cool in the 2000’s, and now it’s become a fixture of every event, including the fastest one on the program, the 50m freestyle.

The appeal to want to kick and swim like these underwater monsters is understandable; there is a fascination in how smooth, powerful and fast these athletes make underwaters look.

The trade-off of holding your breath off the wall isn’t always worth it either—simply ask the distance swimmers.

By all means work on developing a stronger underwater fly kick, but be humble enough to know the point where it is actually slowing you down compared to the speed you’d have up top with the rest of the common folk.

“Being injured is part of being a swimmer.”

If you’ve swum for any length of time you’ve either dealt with or watched someone you know suffer from swimmer’s shoulder. It seems to be an unavoidable part of the competitive swimming experience.

But the reality is this…

They happen from not swimming with proper technique and then loading up the meters and yards on bad form.

Hopefully by this point I have reminded you how truly important technique is to swimming fast. It’s a fundamental part of boss-level swimming, in fact.

If you do anything with bad form, with your shoulder out of alignment, with bad posture—you are going to injure yourself. It doesn’t matter if it’s in the weight room, walking to school, or swimming 4,000m.

*yeah, you can imagine the nightmares this gave me.