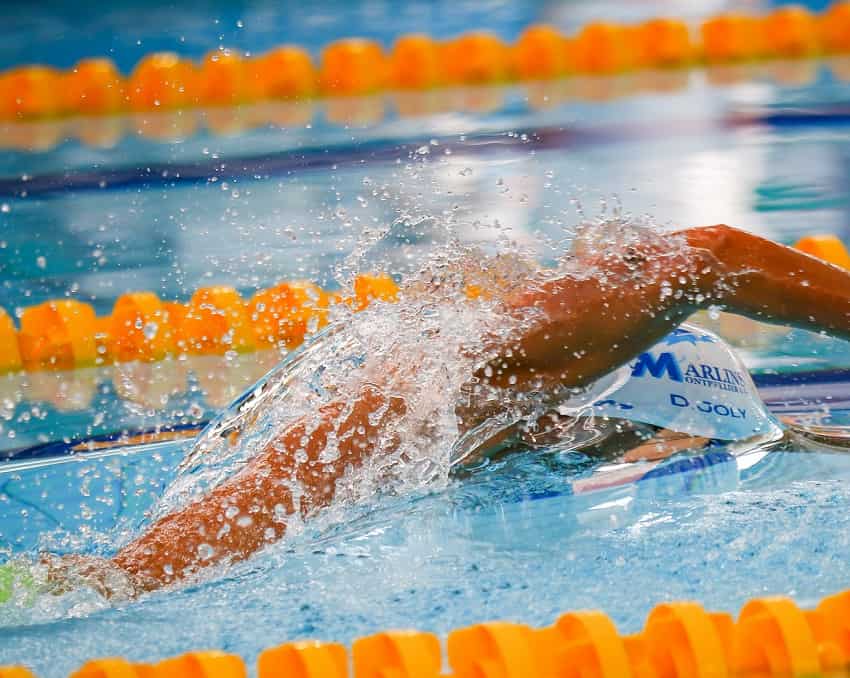 DragSox are one of the most powerful weapons swimmers have in their quest for faster and stronger swimming. Here’s a review of why I love my DragSox so much, and how they will help you dominate the pool.

There is no shortage of swim gear for the chlorinated athlete who wants to crush it in the water. It’s not uncommon to see mesh bags filled to the brim with paddles, fins, pull buoys, snorkels and all the rest at the end of the lane line.

On top of the usual suspects of kick board and pull buoy, there’s all the tech gear you can hurl at your swimming: Waterproof fitness trackers to stay on top of all the measurables in the water, from stroke count to volume, a waterproof music player to keep yourself in the groove, Tempo Trainers to nail your stroke rate, and on and on.

DragSox, on the other hand, are hilariously simple.

You slip your feet (or wrists) through the opening of what are essentially nets, and battle against the added drag and resistance in the water to get stronger and faster. 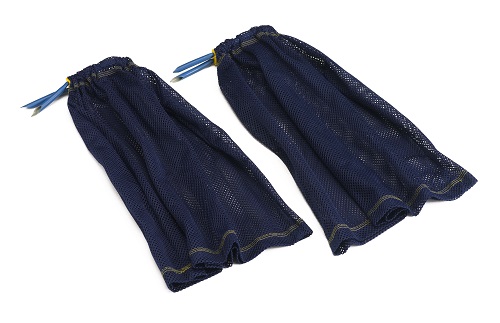 Here are some of the things that DragSox can help you with:

1. Training with resistance helps you even out your stroke.

One of the things that researchers found when swimmers trained with a parachute is that the stroke cycle became more balanced with resistance. If you have a badly galloping stroke—something that will also likely lead you to muscle imbalances and the inevitable shoulder injury—wearing DragSox will force you to swim with a more even stroke.

2. Your legs will get hilariously stronger.

Instead of doing endless meters of kick, strap on a pair of DragSox and do some high intensity strength training. One of my go-to sets is a simple 8×25 kick (either free with a board or underwater fly kick) with DragSox all out on a minute. Plenty of rest, plenty of intensity!

3. The speed boost once you take them off.

This is my favorite part of using DragSox—the moment where you take them off and get a burst of speed. From the dolphin kicks off the wall, to the breakout, to those first few strokes you will get a blast of extra speed. The first time you push off after wearing them your body will rip through the water like you are wearing fins.

4. Teaches you to emphasize a strong catch.

Another benefit of training under load in the water is that there is an emphasis on the catch. When you have two nets dangling off your ankles slowing you down it forces you to get into the catch more quickly. Gliding through the front of your stroke becomes harder when the weight of DragSox are pulling you back.

5. Power work without all the power tools.

Power Towers are one of the biggie power development tools employed by high performance swim teams. Go to any college pool and you are likely to find them littering the pool deck.

The problem with these bad boys? They take up a ton of space, you can only swim one direction at a time, and they don’t travel very well.

DragSox can be folded up and packed away in your swim bag, don’t take up any pool space, and you can swim in both directions for as long as you need.

Tips for training with DragSox:

Here are some tips for making the most of your fancy new DragSox:

Short stretches at a time.

Resistance training is only helpful as long as you are using enough resistance to make you work for it, while also being light enough to keep your stroke intact. Training under load should encourage better training habits and technique, not alter it for the worse.

While it’s tempting to go swim 1,000m straight with DragSox on, it’s like doing 100 straight reps in the gym: at some point your technique is going to falter and your peak power production will never be that high.

If it’s strength you want, keep the reps short and with lots of rest.

Use it for post-activation potentiation.

Balance out the resistance training along with speed work. Remember how I mentioned that you will get that nice little speed burst after taking them off?

This is known as post-activation potentiation. Basically, you do a few reps under load, drop the Sox and unleash some furious speed!

Here is a sample set:

Use an appropriate amount of resistance.

When athletes head into the weight room they want to lift the heaviest weights possible. Swimmers aren’t much different when it comes to resistance training the water. The only problem is that if the load is too heavy, then the movement is too slow.

This is okay for building general strength, but the point of resistance training in the water is to strike a balance between load and maintaining race pace technique.

DragSox come in three different weights, from small to large. Fight the urge to buy three sets of the large Sox—start out with the light pair and build your way up, being attentive to maintaining excellent technique and trying to keep your kick and pulling tempo from falling through the floor.

Resistance training is at its most effective when done with the same form and tempo you hope to race with.

DragSox are available exclusively through AquaVolo’s website, which you can find here. They come in three different sizes/weights, cost $29 per pair.

The 7 Best Goggles for Swimmers. Confused about what kind of swim goggles to get? Here’s a breakdown on the best swimming goggles for every kind of swimming.