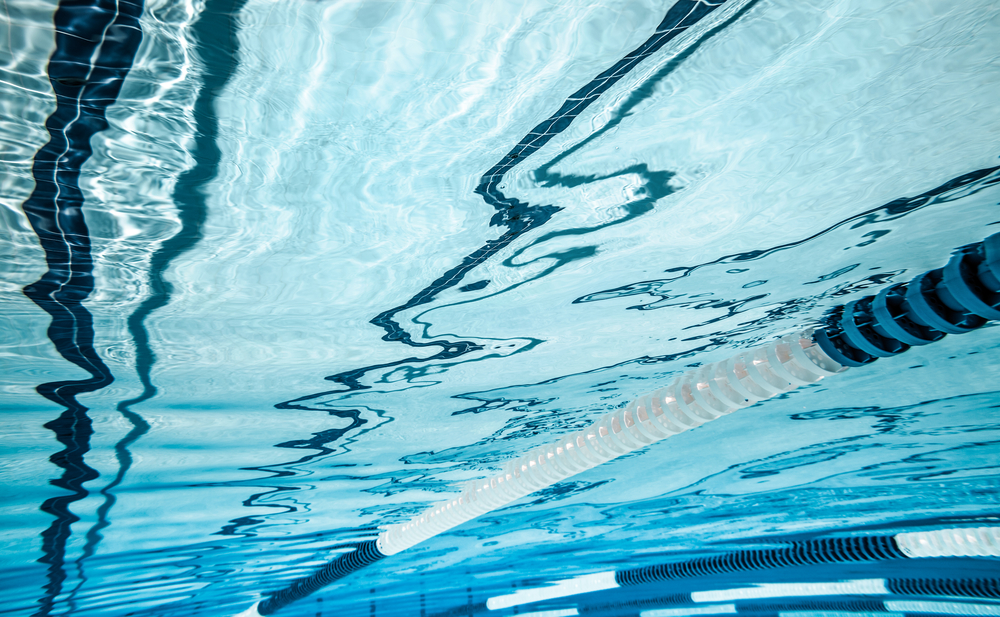 On Friday, September 22nd, 2000 on a typically warm day in Sydney, Anthony Ervin stood quietly behind the medal podium, awaiting his name to be called. Beside him, about to receive the same coloured-medal as Ervin, was his teammate Gary Hall Jr.

In only the second time in Olympic history, two swimmers had tied in a dead heat for the gold, the first being Nancy Hogshead and Carrie Steinseifer (also two Americans) placed 1-1 at the Los Angeles Games in the 100m freestyle in 1984.

Ervin, only 19 during the Syndey Olympics, was a relative unknown to the sport of swimming at the time, and only two years earlier, did not even rank in the top 75 swimmers in the world in the event. When Ervin stood up on the podium to receive his gold medal alongside countryman and training partner at the Phoenix Swim Club, Gary Hall Jr., the whole world got their first look at one of the great sprinters to come out of the United States in decades.

Three years later, the promising swimmer – who was the first African-American (his dad is part African-American and part Native American) to make the United States Olympic swim team, would be delusioned, frustrated and out of the sport that on that September day he stood at the pinnacle of.

Anthony Ervin came up swimming with the Canyon Aquatics team, in the LA suburb of Newhall. Swimming played as a distraction from the difficulty he had in school, where he experienced disaffection from his classmates as a result of Tourette’s Syndrome which had him occasionally break into uncontrollable spasms. His family wasn’t immune either, his father losing his job while Ervin’s mom raised three children at home. Ervin would credit swimming and the friends on his team with helping his brilliance in the pool develop while there was turmoil at home and at school.

He showed flashes of blinding speed as a high school swimmer, attracting the attention of perennial powerhouses Aurburn, Stanford and the University of Southern California. But it was Cal that would pick up the no. 1 ranked high school sprinter. The reason for his decision? Co-head coach Mike Bottom.

“After talking with Mike, I believed he could make me faster and make me the best that I can be.”

Bottom, for his part, first recognized the brute talent and speed in Ervin during the 1998 US Open. Bottom would remember seeing Ervin’s innate feel for the water, and knowing all it would take is some technique work to make him more efficient, and ultimately, faster.

Ervin wouldn’t let down his new coach, who along with fellow co-head coach Nort Thornton would take charge of the protégé. In his first year with the Cal Bears he dominated the NCAA Championships, winning the 50 and 100 freestyles, while also being an integral part of the 4×100 free relay. NCAA’s that year were held in meters, and Ervin made the most of it swimming a 21.21, the 18 year old freshman setting a new world record in the 50m freestyle.

Ervin admitted that during his age group swimming and training there hadn’t been as much of an emphasis on technique or stroke efficiency, things that become more and more critical the faster you go.

“Mike and I found ways to improve my technique and strengthen me in areas I needed in order to catch more water, as opposed to just swimming laps back and forth.”

At Cal they would do a lot of sculling, in particular front sculling in order to strengthen the forearms and emphasize a strong catch. In addition, with the Golden Bears there was a lot of dryland, in particular body-weight and swim-specific exercises such as pull ups, plyometrics and rope climbing.

For Ervin it was an easy sell. The cross-training meant that he could develop aerobically without having to pound out an endless number of meters or yards. As Bottom would say, “it’s a lot easier to train the aerobic system outside the water.”

Another big connection would arise from his decision to go to Cal. Bottom, during the summer, coached the Phoenix Swim Club, which was home to America’s top sprinter at the time, Gary Hall Jr. After his first year with the Golden Bears, Ervin followed Bottom to Phoenix, where he would train with Hall – the Olympic silver medalist in the 50 and 100 a couple years prior in Atlanta.

The pair would go at it on a daily basis, with neither winning an overwhelming majority of the in-practice sprinting. Their resulting performances at the 2000 US Olympic Trials would reflect this, with both swimmers dipping below the American record, with Hall Jr. getting the best of Ervin in 21.76 to Ervin’s 21.80.

Leading into the Sydney Games there was a lot of talk about the Australian powerhouse team, including now legendary members Ian Thorpe, Kieren Perkins, Grant Hackett, Michael Klim, and Susie O’Neill.

In the men’s 4x100m freestyle, a race the Americans had never lost at the Olympics, Klim would lead it off against Ervin, setting a new world record in the 100m freestyle. The Aussies would upset the Americans, with Ian Thorpe thundering from behind to catch Hall on the last leg.

It was a devastating experience for the young Ervin, who was also battling some recurring shoulder soreness. Despite the result, his lead-off leg had been his fastest at the distance, swimming a 48.89.

In the night before his prelim swim in the 50m freestyle, Ervin recalls being highly edgy, unable to sleep. At that point he was just hoping to make it into the semi-finals. He would get through the prelims, qualifying fourth. In his semi race he would again place second behind his Phoenix Swim Club training partner, getting the all-important lane in the final, which was swum on the last day of swimming competition.

When it came time to walk out on the pool deck for the final – that also included sprint legends Alexander Popov and Pieter van den Hoogenband – the nerves had quieted, and a clarity and calmness overtook Ervin.

“I walked out there and there was nothing in my head. I didn’t see anything. I didn’t hear anything. I had no idea where I was during the race. At the touch, I knew I was in the pack. I looked at the board and didn’t believe it.”

Ervin and Hall would stand atop the podium together, Olympic champions.

As a result of his swims in Sydney Ervin was eligible to earn $83,000 in performance bonuses. He declined the cash, instead deciding that he would continue to swim at Cal. He would repeat as NCAA champ in the 100 freestyle two more times (with NCAA champs also moving back to yards), with his time in 2002 beating the American record that he’d previously tied with Matt Biondi (41.80) in 41.62.

He would continue to swim well in meters as well, extending his range in the 100m free, putting up the number one time in the world in 2001, winning both the 50 and 100m free at Worlds that year.

By the time Ervin was 22 years old, he was an Olympic champion, World Champion, world record holder, and NCAA champion. He was also feeling a lot of resistance to the direction into which he was headed.

Towards the end of 2003 Ervin would hang up the goggles, looking for a taste of freedom that swimming simply wasn’t able to provide.