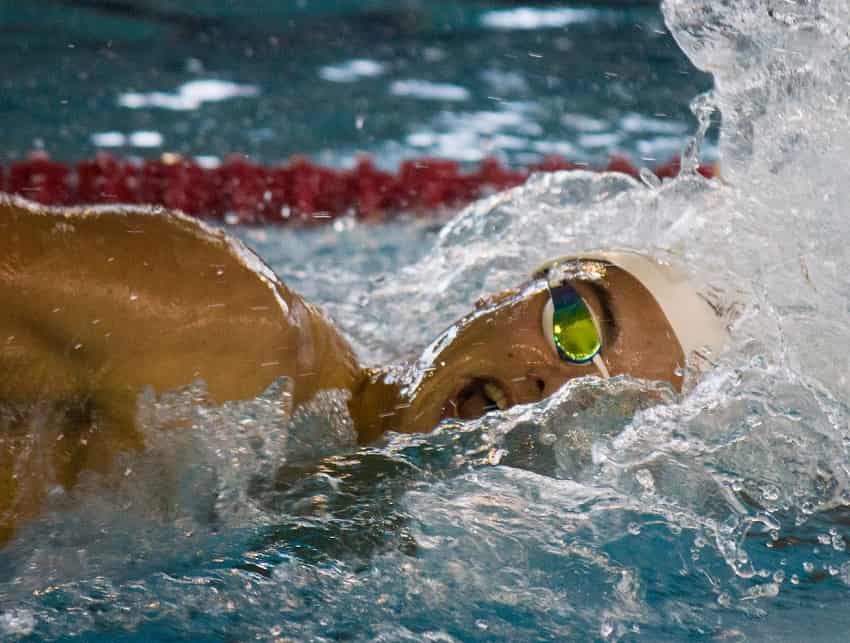 Florent Manaudou is one of the fastest swimmers on the planet. He won the 50-meter freestyle at the London Olympics in 2012 and followed that up with a silver medal at the Rio Olympics.

The 6’5″ Frenchman is a monster in the water and came out of relatively nowhere in 2011-2012 to become a pivotal part of a powerful French team that has consistently placed swimmers on the podium in the sprint events internationally.

Over the past couple of years, Manaudou has been training with coach James Gibson and the Energy Standard Elite Team, based primarily out of the beautiful Gloria Sports Arena in Antalya, Turkey. Gibson has filmed and posted videos of a lot of his swimmers performing workouts and drills (including Sarah Sjostrom doing a variety of her favorite butterfly drills here), and recently he posted a video of the French sprint star doing one of his favorite freestyle drills, the Singapore Drill.

Here is a breakdown of this drill, including pointers for doing it properly.

Manaudou, and the CN Maersille Swim Team, were in Singapore preparing for the 2011 World Championships. They saw some young children performing the drill, and copied it, seeing the value in adding it to their repertoire of freestyle drills.

The drill itself is very simple, but as Gibson notes, “difficult to master.”

Swim freestyle with one arm normal freestyle, the other as dog paddle.

Below is a video of Manaudou performing the drill. Note that he is wearing a swimmer’s snorkel and fins to further straighten out his body position.

*** Props to James Gibson, who filmed Manaudou performing the drill and allowed us to share this here. Follow him on Instagram–he posts tons of great content for swimmers and swimming coaches.